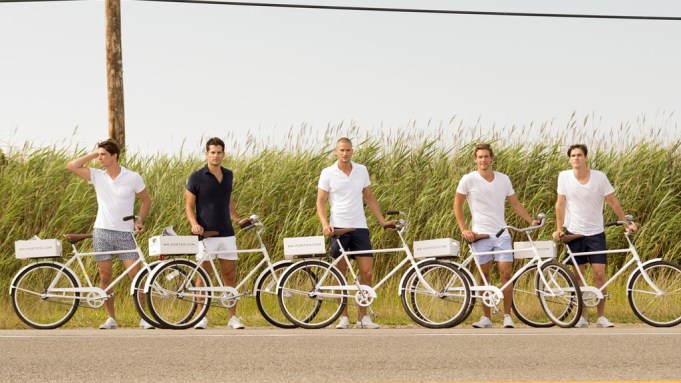 EXTRA, EXTRA: Mr Porter hit the Hamptons this past weekend, with a platoon of male models on bicycles distributing the e-commerce site’s lifestyle newspaper, The Mr Porter Post. Dressed in Orlebar Brown and Converse, accessorized with Want Les Essentiels de la Vie bags, the peddling news boys hit the main commercial drags from Southampton to Montauk on Saturday. Among those handed the broadsheet were Sir Paul McCartney and Alec Baldwin, who were spotted by the stylish couriers in East Hampton.

Hunks on bikes are a favored marketing vehicle for Mr Porter, which has previously used the gambit in Manhattan, Miami and Sydney.