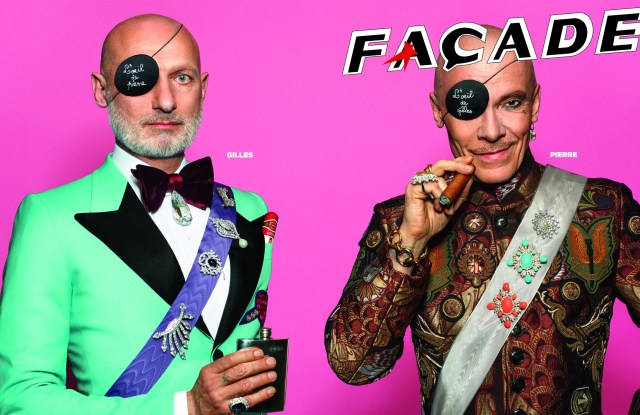 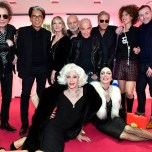 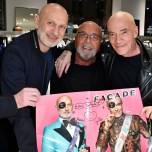 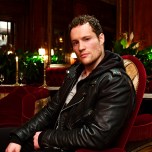 STILL GOT IT: Façade magazine, the cult fashion pub of the late-Seventies and early-Eighties, has gotten the band back together again for a special 40th-anniversary edition.

This story first appeared in the February 27, 2017 issue of WWD. Subscribe Today.

At a launch party at the boutique Colette Thursday, contributors and subjects of the magazine including designer Kenzo Takada, the magazine’s founder Alain Benoist, and the photographers Pierre et Gilles signed copies of the double issue.

Pierre et Gilles — or Pierre Commoy and Gilles Blanchard — rose to fame through their work for the magazine, including portraits of Andy Warhol, Mick Jagger and Iggy Pop.

A series of portraits of the photographers against bubblegum pink and robin’s egg backgrounds occupy the front and back covers of both volumes of the double issue. “We shot the first covers of Façade 40 years ago,” Blanchard explained. “Now we’re finally on the other side.”

Pierre et Gilles said they had just returned from the opening of a retrospective of their work at the Musée d’Ixelles in Brussels, which will run through May 28.

Jean-Baptiste Mondino — the fashion photographer and director of iconic music videos for Madonna, Don Henley, Lenny Kravitz and Vanessa Paradis — shot the portraits of Pierre et Gilles over the course of an afternoon at the duo’s studio.

The magazine also includes an interview with Mondino’s aesthetician, detailing his waxing habits.

After the signing, friends of the magazine made their way to a cocktail reception at Hôtel Costes.

“For you, it’s not possible,” Mondino quipped to a pair of dapper young guests, blocking their way to the hotel’s private salon. “I’m running the door, and I say only old people.”

Kenzo Takada was interviewed in the first issue of Façade, along with a photo of the designer tossing his winnings in the air at a casino hotel in Deauville. At the party, he and Ruth Obadia reminisced on re-creating the image 40 years later.

Takada retired from his namesake fashion house in 1999, and has since worked on several projects in art and furniture design, as well as serving as Honorary President of the Asian Couture Federation.

“Fashion changes so fast,” Takada told WWD. “I still love it, but I don’t try to keep up. I’m more focused on myself, on my travels.”

Takada said he was looking forward to an upcoming trip to Japan. “I was born there, but I have realized that I don’t actually know it that well. Lately I’ve been rediscovering this country.”

The martial artist, actor and stuntman Staiv Gentis — a longtime friend and model of Pierre et Gilles — said he had known about Façade magazine through the photography duo’s many stories from “the Palace era.”

Before there was Les Bains, there had been the Palace, a nightclub where Karl Lagerfeld and Christian Louboutin rubbed elbows with artists like Grace Jones, Warhol and Grandmaster Flash.

“I don’t think we have anything like that anymore; it must have been incredible,” said Gentis, who brawls with model Cara Delevingne during a fight scene in the upcoming sci-fi epic by Luc Besson, “Valerian and the City of a Thousand Planets.”

From 1978 to 1983, Façade magazine documented the spirit of this moment in fashion in 13 now-legendary issues. The Façade gang reunited one other time, in 2013, for a special edition featuring Jane Birkin and Gareth Pugh.

Façade will be available for sale starting Feb. 28 at fashion boutiques and online — on the Façade web site as well as that of Colette.