The retailer will open next week in Dublin. 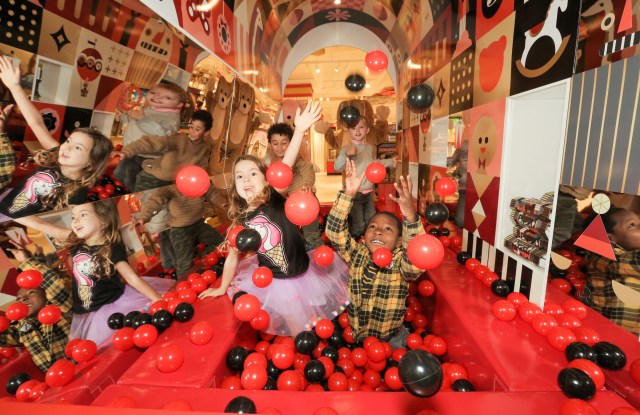 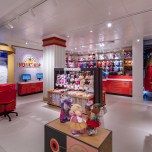 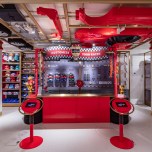 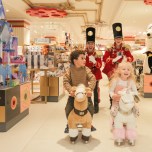 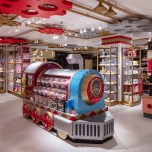 LET’S HEAR IT FOR THE TOYS: FAO Schwarz is on a tear through Europe. Having opened its first flagship in the region at Selfridges this week, it’s headed to Arnotts in Dublin next week. Both stores are part of the Selfridges Group portfolio, which is owned by Galen and Hilary Weston.

The 157-year-old American brand is owned by consumer products company ThreeSixty Group, and the aim is to establish international flagships worldwide. FAO’s New York flagship was relaunched last November at 30 Rockefeller Plaza after its famous Fifth Avenue store shut its doors in 2015 under its previous owners Toys ‘R’ Us.

The Beijing flagship opened earlier in May is the largest FAO Schwarz destination so far, with the London outpost the second biggest. The new flagship is on the fourth floor, near children’s wear.

“We wanted to partner with Selfridges to start our expansion into the U.K.,” Jan-Eric Kloth, chief operating officer at ThreeSixty Group, said during the launch.

“It’s about bringing the magic of FAO to the next level. A lot of the feedback I’m getting this evening has been about the size and openness of the space. Within that showcase, the product speaks for itself and can really be seen. We are all about exclusive products, the experiences and great theater. This is our home away from home now.”

Interactive offerings include Build Your Own Car, which enables shoppers to customize and build their own remote car from scratch, while on-site toy ambassadors and product demonstrators want to provide a world-class shopping experience.

Digital play tables and touch screen displays are also featured alongside four key FAO trademarks: the clock tower, the rocket ship, the greeters dressed as toy soldiers and the famous dance-on piano, best known for its cameo in the 1988 Tom Hanks-directed film, “Big.”

Kristie Walker, toy buyer at Selfridges, said the store did not hesitate to tap FAO when it was thinking of transforming its toy offer.

“Both brands are similar in the sense that we both come from heritage, but have adapted through time to embrace the digital age whilst keeping customer and experience at the heart of our respective businesses,” Walker said. “Ideally the aim is to have people come and spend a while with us and have fun and time to pick the perfect toy option.”