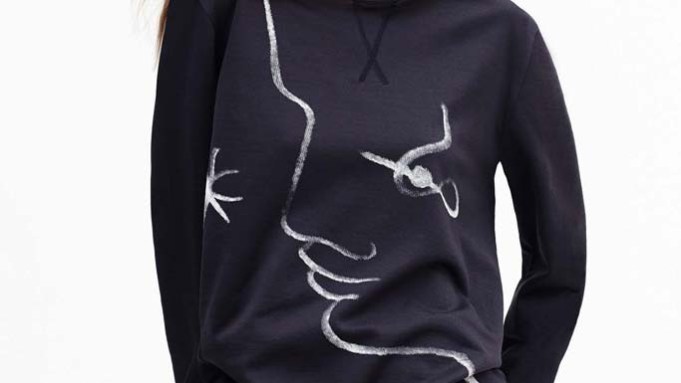 COCTEAU IN A CAPSULE: Façonnable has launched the first in a series of bi-annual capsule collections, meant to celebrate the cultural heritage of its native region – the French Riviera.

First up is poet, artist and filmmaker Jean Cocteau, the eternal French dandy who famously went down south for a weekend and ended up staying 12 years.

The first spring capsule, comprising 12 pieces equally divided between women’s and men’s looks, is based on two of Cocteau’s drawings: the outline of a person’s profile and an Inca-inspired ethnic pattern.

With the support and approval of Pierre Bergé, who holds the exclusive rights to Cocteau’s oeuvre, Façonnable’s artistic director Daniel Kearns printed or embroidered the artsy motifs on ultra-light sweatshirts, double-breasted linen blazers and the house’s signature shirt-jackets in a calm palette of white and midnight blue.

Accessories, including espadrilles, slip-on sneakers and a tote, complete the range.