Five cotton jackets painted with gold and silver graffiti retail for $2,285 exclusively at The Webster through Farfetch. 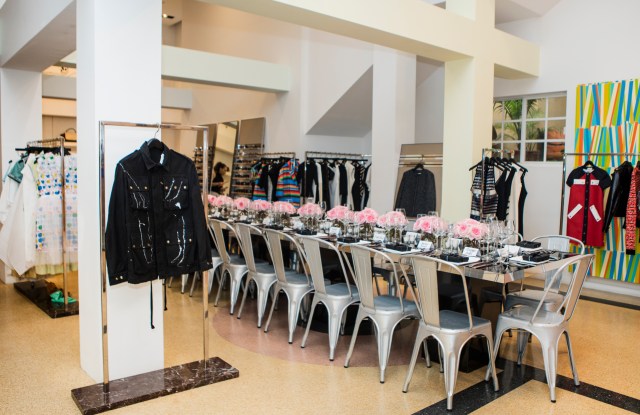 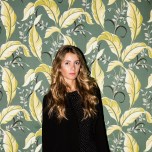 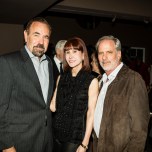 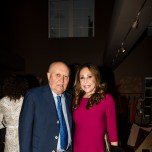 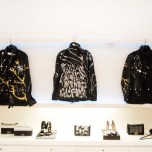 Artist and all-around aesthete Michele Oka Doner knows the fashion drill. At the mere suggestion of an interview, the sprightly septuagenarian is already peeling off her olive-green wrap coat and enlisting everyone around her to read its label. Finally, the group confirms it’s Haider Ackermann. “I may as well give him a plug,” said Oka Doner, during a dinner at the Webster earlier this week to fete her first solo show at Pérez Art Museum Miami. “The earrings are Buccellati, the presenting sponsor for my exhibit. See how well-behaved I am?”

Along with “How I Caught a Swallow in Midair,” which is on view through Sept. 11, the whole year is turning out to be a string of firsts for the Miami Beach native who lives and works in New York: when she isn’t speaking at a brain mapping conference or officiating Naeem Khan’s son’s wedding, her nature themes, especially marine flora and fauna, are serving as inspiration for a capsule collection by Faith Connexion. Five cotton jackets painted with gold and silver graffiti retail for $2,285 exclusively at the Webster through Farfetch, which cohosted the event. One sold before they officially went on sale the following day.

“I haven’t even seen them yet. They said they’d surprise me tonight,” said Oka Doner, who was making her debut at the Webster’s South Beach location as well. “I don’t have a lot of time to shop.”

Lucrezia Buccellati, who also was born in Miami before her parents whisked her away to Italy, was among 42 guests dining on Floridian fare like Gulf shrimp and line-caught snapper.

“It’s a great collaboration because who doesn’t want something special? Every brand wants to interpret street style these days too,” she said.

As a longtime fixture of the city, Oka Doner gave a little welcome speech for new PAMM director Franklin Sirmans with quotes by geographically relevant poet and writer Wallace Stevens and Zora Neale Hurston. A fashion fan, Sirmans said he has no qualms about incorporating more of the design form into his programming, whether Nick Cave’s Soundsuits, special product for the gift shop, or within all-encompassing works, citing “Luanda-Kinshasa,” Stan Douglas’ six-hour video about the Seventies slated for a fall exhibit.

“I learned a lot from Sharon Takeda [senior curator and head of LACMA’s Costume and Textiles department], so I don’t see why we can’t have fashion here,” Sirmans added.