Fashion and Car Collaborations Gear Up 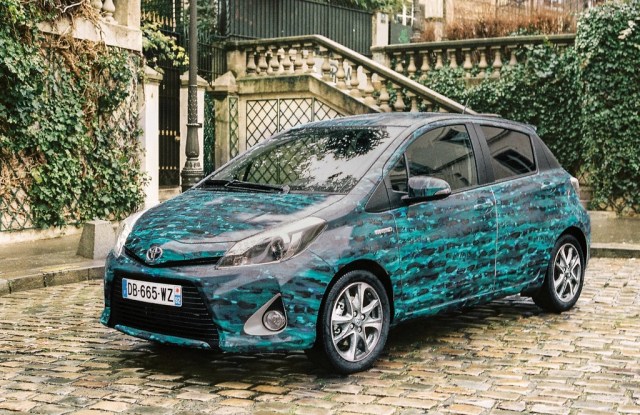 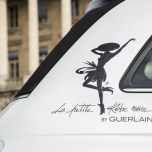 ALL REVVED UP: Cars are having a fashion moment. Toyota teamed with the Capsule trade show on a project that involves Cacharel, Calla and Surface to Air — among French fashion brands taking part in the fair running Feb. 28 to March 2 — dressing up the Yaris Hybrid Graphic automobile.

Cacharel’s creation has candy-colored motifs on a white background; Calla’s comes with a wavy green-and-black design; while Surface to Air went for florals.

Each creation is a one-off that’s not going to be commercialized. There will be a Toyota lounge at Capsule, and the three cars will be visible zooming around Paris streets carrying VIPs during the upcoming women’s ready-to-wear season, which begins Feb. 25.

“It is a preview, a taste of what we can do in the future,” said a Toyota France spokeswoman, who added the carmaker could eventually offer vehicles with more “fun dressing” destined for women.

Women comprise a whopping 85 percent of people buying the iconic Fiat 500. That’s the prime reason the Italian carmaker entered a tie-in with Guerlain and its La Petite Robe Noire women’s scent, according to Patrice Duclos, director of Fiat in France.

The illustrated female silhouette that stars in the fragrance’s advertisements by Olivier Kuntzel and Florence Deygas will appear on the outside and inside of the limited-edition model, which is to count 250 cars available from March 1 in France. Prices start at 15,700 euros, or $21,560 at current exchange.

A domestic, multimedia ad campaign will break at launch time — in tandem with the introduction of the third iteration of La Petite Robe Noire, called Couture.