With less than two months left before the 2020 presidential election, several major fashion brands and designers are working to encourage their customers to vote.

Many have teamed with organizations such as Rock the Vote, I Am a Voter and When We All Vote for their initiatives, which help customers register to vote and provide them with essential tools ahead of the election.

Others have designed limited-edition collections or pieces inspired by the election, with proceeds benefiting various organizations.

One of the most major initiatives is the Believe in Better collection supporting former Vice President Joe Biden and Sen. Kamala Harris’ presidential campaign, which is an effort between 19 prominent American designers.

Here, WWD looks at some fashion brands and how they are encouraging people to vote.

Banana Republic is releasing face masks that read “Vote for a Better Republic” as part of their voter registration initiative. The brand is teaming with Rock the Vote to provide voter educational tools to prepare for the election. The masks retail for $15, with $5 from each sale going back to the organization.

Additionally, the brand has revealed its fall campaign, titled “Will Work for a Better Republic.” 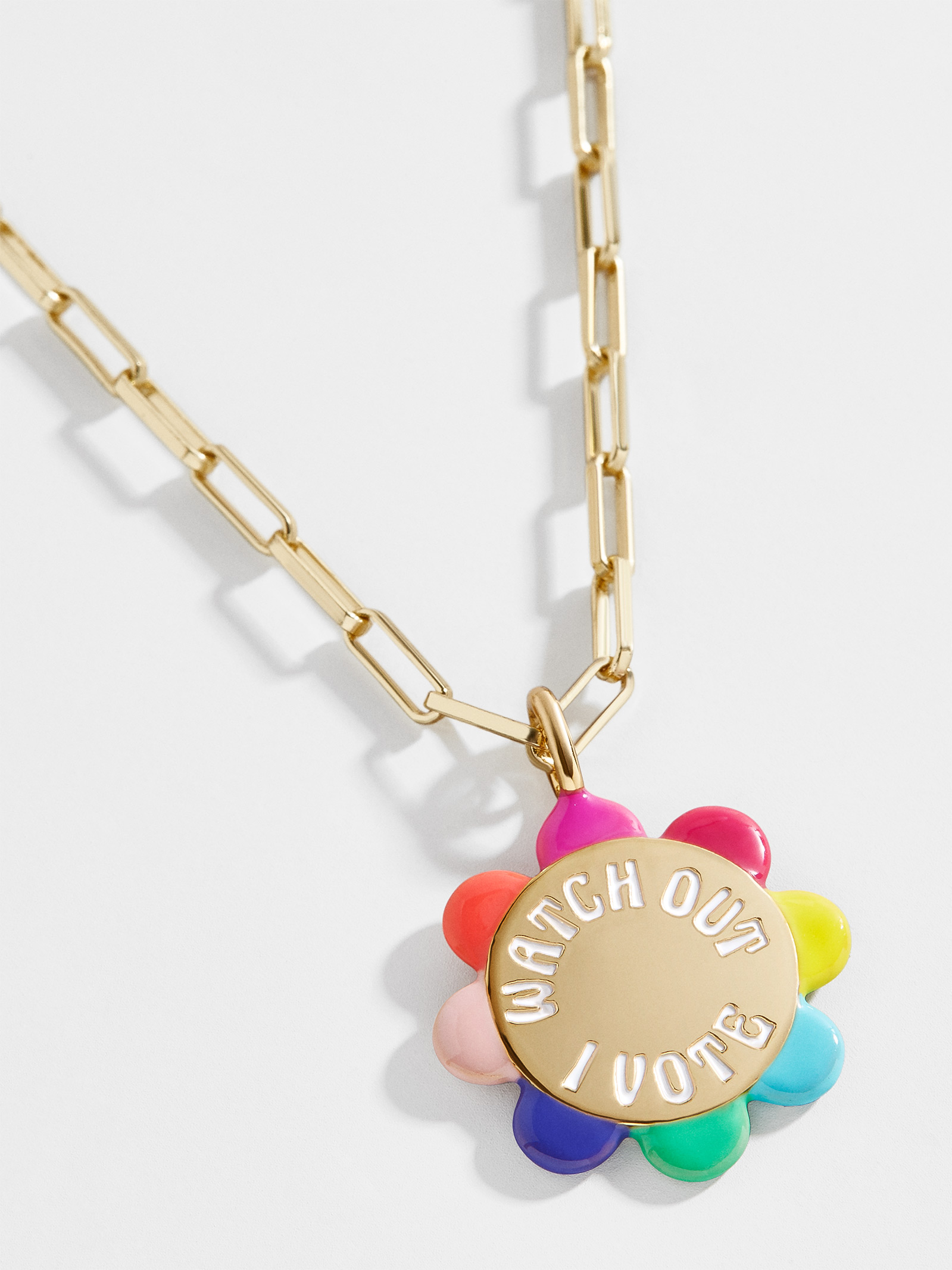 Baublebar is releasing a retro-inspired flower pendant necklace that reads “Watch Out I Vote.” The accessories brand is working with I Am a Voter for the voting initiative and is donating 10 percent of proceeds back to the organization. The necklace retails for $42.

The brand is further encouraging its customers to vote by asking them to post photos with #WatchOutIVoted on Election Day or when mailing in their ballots. 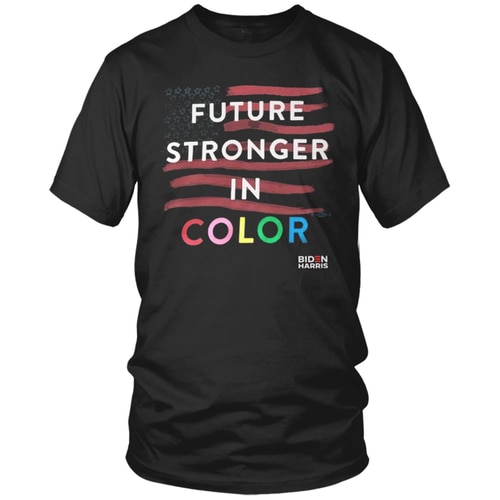 A T-shirt designed by Prabal Gurung.

A group of 19 American designers have joined forces to support former Vice President Joe Biden and his running mate Sen. Kamala Harris in their presidential campaign by creating a collection called Believe in Better.

Standout pieces from the collection include a T-shirt designed by Gurung that reads “Future Stronger in Color” written over an American flag and a tote bag designed by Heyman that reads “Believe in Better” decorated with pins that say “Vote” and “Biden 2020.”

The pieces are available for purchase at store.joebiden.com and retail for $40 to $60. The collection was manufactured in America by union workers.

The fashion brand is hosting a voter registration drive on Sept. 25 at its Miami location from 3 p.m. to 7 p.m. The drive will include iPad stations for guests to register, as well as a DJ and complimentary food trucks in the parking lot.

The department store has teamed with director Allen Hughes for a collection of masks that benefits the organization When We All Vote. 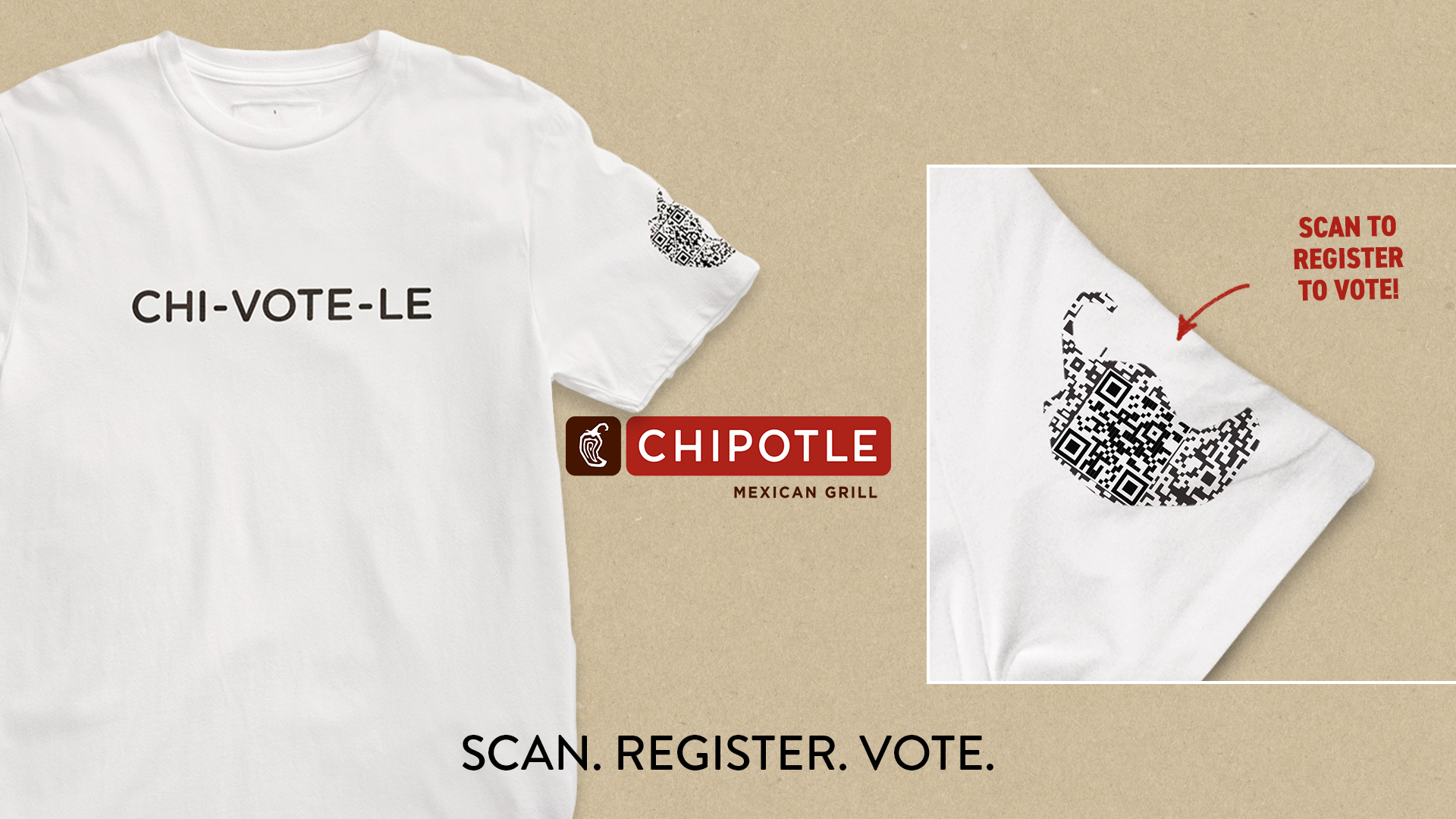 Chipotle is launching a voting initiative as part of its newly launched fashion collection, Chipotle Goods. The fast-food chain released its Chi-Vote-Le T-Shirt on Sept. 30, a white T featuring the play on the company’s name and a scannable QR code in the shape of its pepper logo that directs people to register to vote. The T-Shirt is available for $11.03 on the Chipotle Goods web site.

Cos launched a campaign supporting the organizations I Am a Voter and the American Civil Liberties Union to help customers register to vote and prepare for the upcoming election.

Customers can text “COS” to 26797 to see their voter registration status and receive localized election updates. The brand is also offering in-store QR codes to register to vote and see voting resources.

On Election Day, Cos will open two hours later to ensure that their employees can vote. They will still be compensated for the time off. The brand will also be handing out free badges that read “Voter” beginning this month. 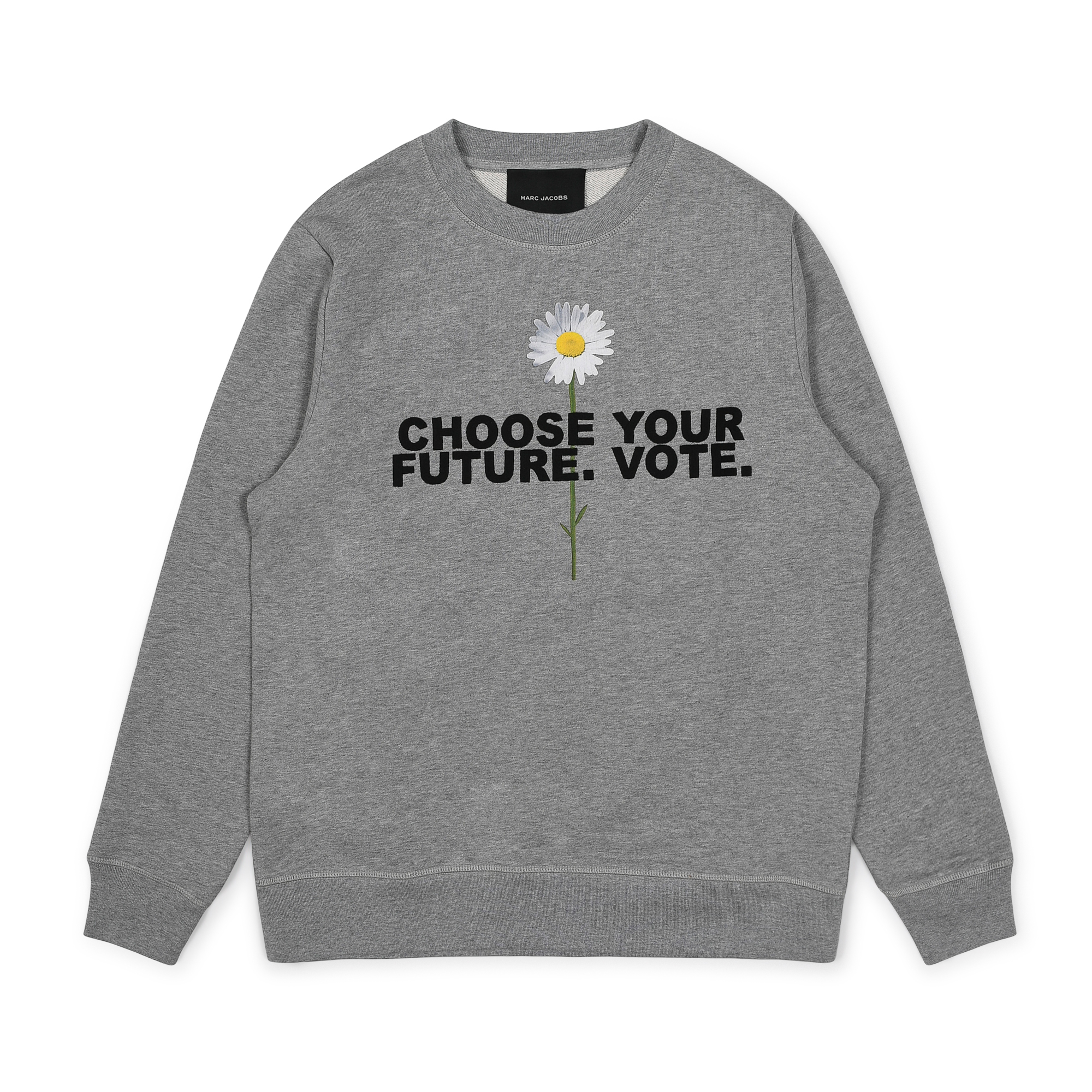 A style from Marc Jacobs

Dover Street Market has teamed with When We All Vote for a voter registration initiative. The retailer is working with 25 U.S.-based brands and artists, including Marc Jacobs, Hood by Air, Vaquera and Stüssy, to create merchandise around voting.

The footwear brand is teaming with TurboVote on a cobranded web site where customers can receive assistance on registering to vote and other voting-related questions.

Foot Locker is teaming with Rock the Vote to transform 2,000 Foot Locker, Champs Sports and Footaction locations into voter registration hubs. The brand will also offer digital resources on voting and the election. 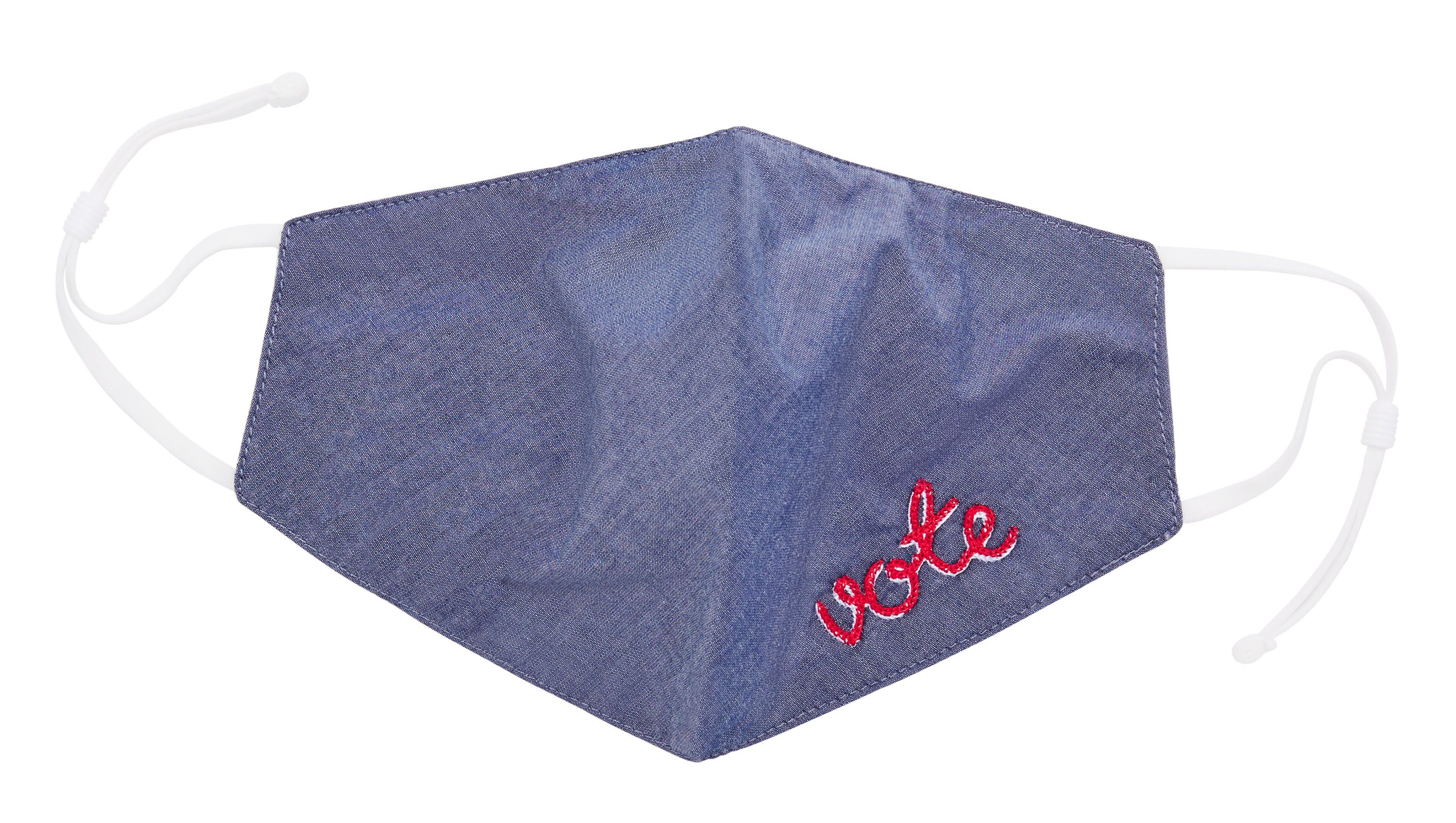 Fossil launched its voter registration campaign on Sept. 16 in partnership with Rock the Vote and the Marcus Graham Project. Through the campaign, Fossil will be hosting live social events and sharing resources on the election through its platforms.

The brand is also releasing voting-inspired products, including a face mask and pendant necklace that both read “vote.” 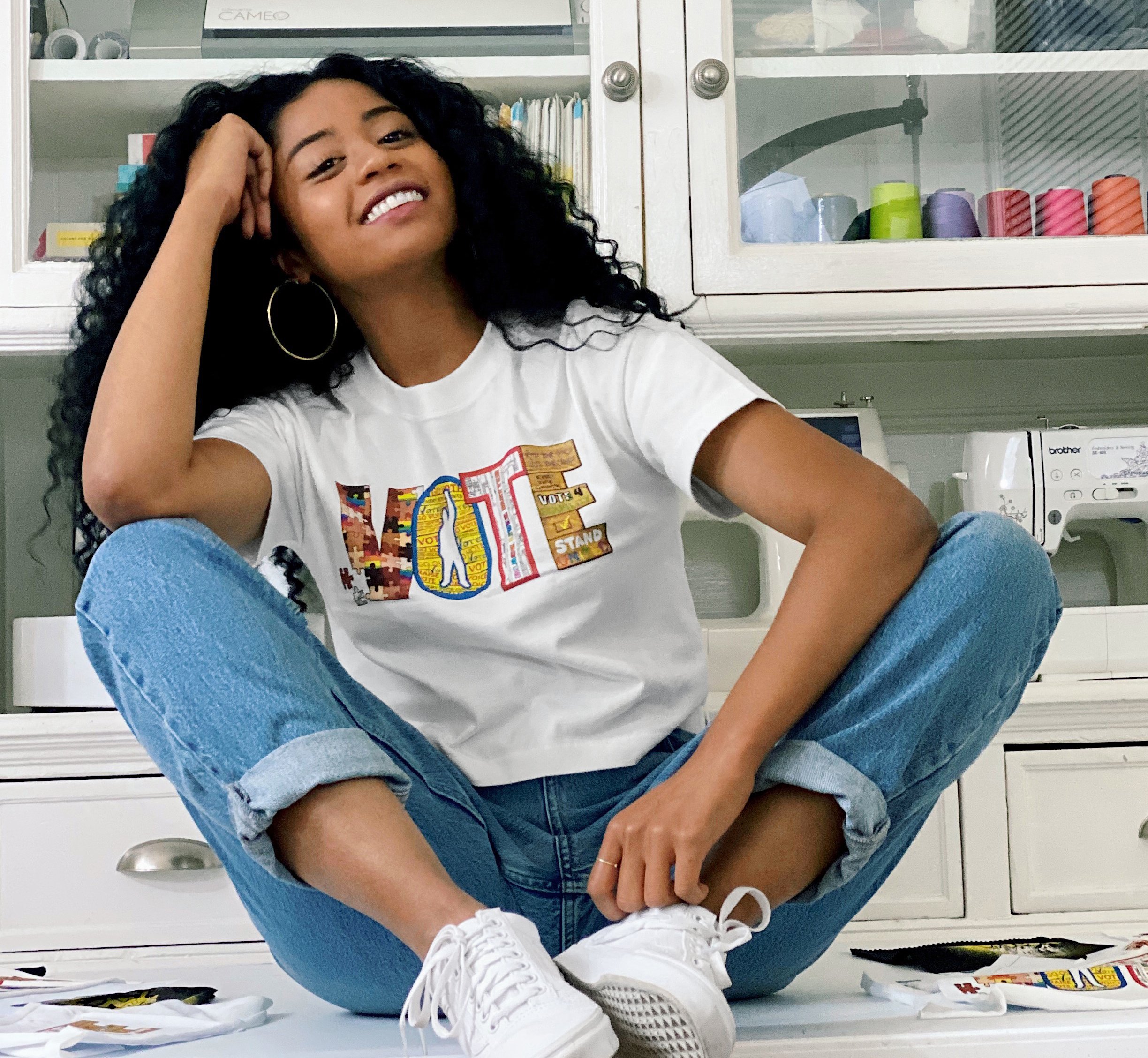 A style from Gap’s limited-edition collection.

Gap teamed with Stephennie Factor, an artist and member of Gap Inc.’s African American Networking Group, for a limited-edition collection that includes T-shirts and face masks that read “Stand United” and “Vote.” The masks sell for a pack of three for $18 and the T-shirts sell for $29.95.

The brand is also making two $25,000 donations to When We All Vote and Rock the Vote to help close age and race gaps at the polls. 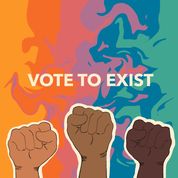 Kenneth Cole has launched its “Make a Statement” initiative to increase voter turnout. The brand is working with design students, recent graduates and alumni to design artwork for its web site with statements like “If You Don’t Vote, We Don’t Exist,” “You Vote, We Exist” and “Vote to Exist.”

The brand will use 20 of these messages on its social media platforms, as well as feature them on its blog. Cole is also working with organizations like the Council of Fashion Designers of America, The Civics Center, DoSomething.org, Civic Alliance, College Fashionista, I Am a Voter, TurboVote and Vote Early Day 2020 to share the artwork. 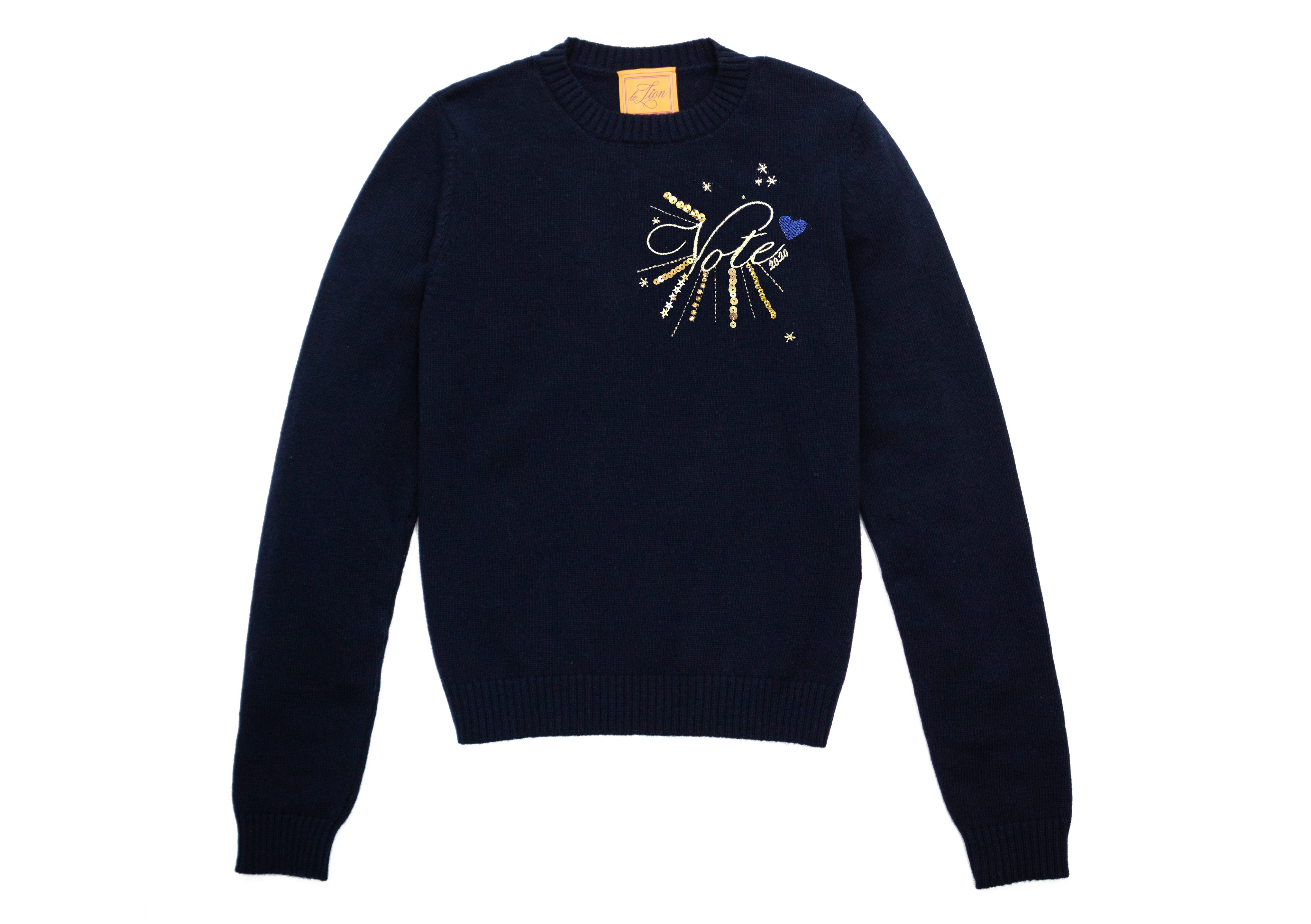 Knitwear brand Le Lion is releasing two styles to encouraging voting. The pieces are a cotton face mask in various prints for $35 and a reimagined version of its best-selling crew neck sweater that’s hand-stitched to read “Vote 2020” for $495.

The brand has teamed with Gaia Empowered Women for the printed masks, which are handmade by refugee women. Le Lion will be donating a portion of the sales back to COVID-19 relief efforts.

For the limited-edition sweater, Le Lion is donating $25 from each sale to Common Cause, an organization that works toward equality and empowerment. 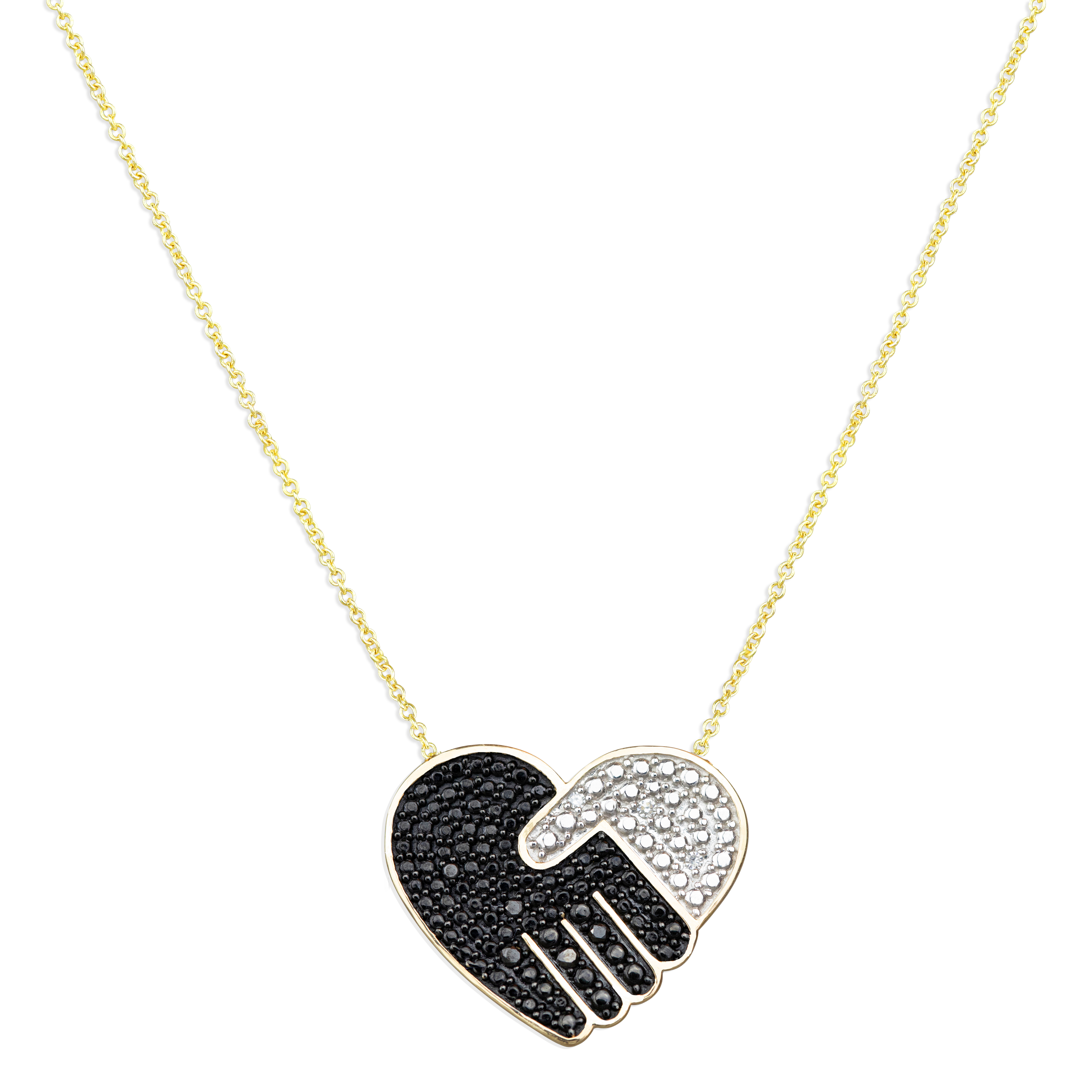 Los Angeles-based jewelry designer Maya Brenner is teaming with Nyakio Beauty founder Nyakio Grieco for a capsule that celebrates diversity, equality and justice. The collection includes Maya Brenner’s signature nameplate necklaces in 14-karat gold that read “Vote,” “Rise Up” or “Justice” as well as a 14-karat gold and enamel heart pendant necklace. The styles are also available in earring options.

Brenner and Grieco are donating 50 percent of sales to organizations like Color of Change, Girls Inc. and I Am a Voter. The collection ranges in price from $115 to $595. 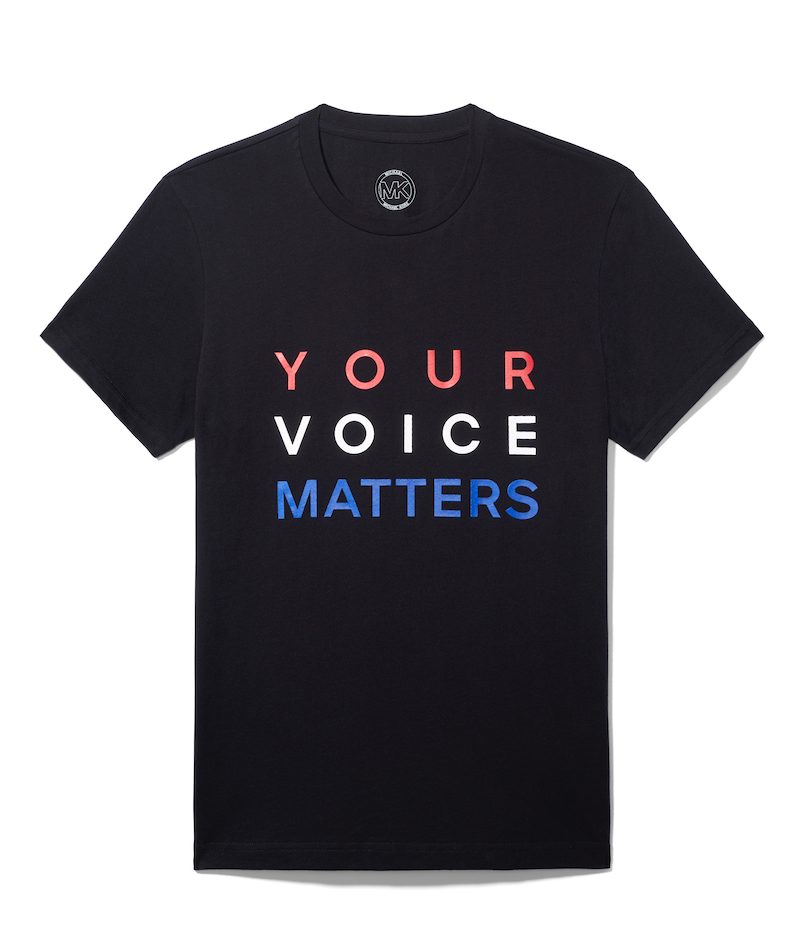 Michael Kors launched its “Your Voice Matters” campaign ahead of the 2020 presidential election, which includes limited-edition items such as a Michael Michael Kors T-shirt that bears the campaign’s slogan and a sweater that reads “Vote.” The items retail for $40 and $850, respectively. One hundred percent of proceeds will benefit the NAACP Legal Defense and Education Fund.

Kors teamed with Black-owned business FKSP, which is operated by fashion designer Folake Kuye Huntoon, to create the collection.

The designer is donating 10 percent of proceeds during the week of Sept. 20 to I Am A Voter to help encourage women to vote. 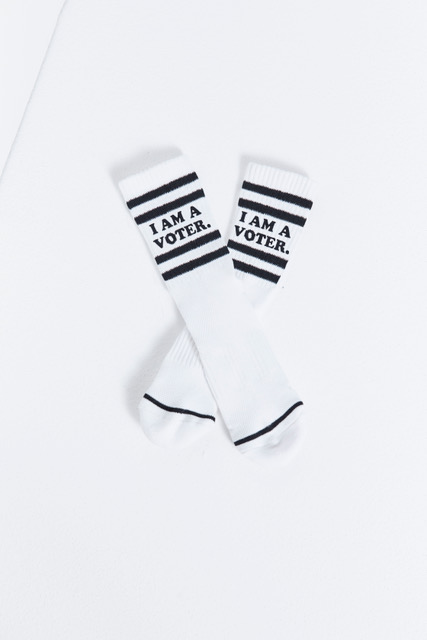 Denim brand Mother is teaming with I Am a Voter on a pair of socks that read the organization’s name. The brand is donating $5 from the $24 socks back to the organization to help increase voter registration and voter turnout. 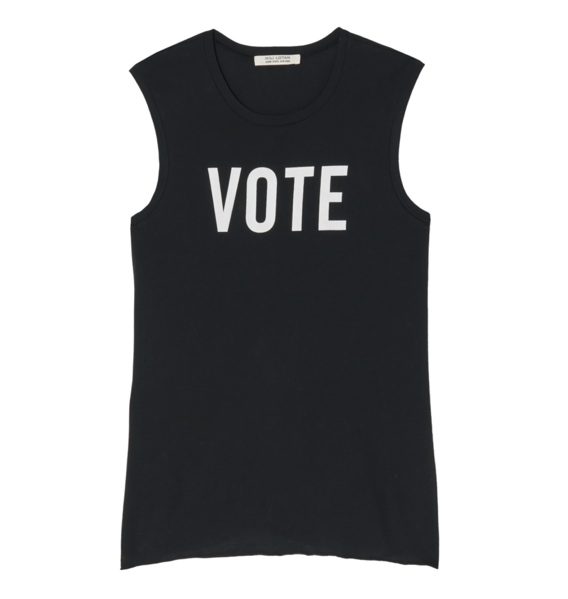 Designer Nili Lotan has released a limited-edition muscle T-shirt that reads “Vote.” All proceeds from the $125 shirt will go to the NAACP Legal Defense and Education Fund.

The initiative is part of the designer’s Nili Lotan Giving Back platform, where she donates 10 percent of proceeds each month to the fund.

Old Navy is paying its employees to volunteer at polling places on Election Day. The brand is working with nonpartisan groups Civic Alliance and Power the Polls to help with the initiative. Employees who volunteer will receive the equivalent of eight hours of pay in addition to the compensation given from their location polling jurisdictions. 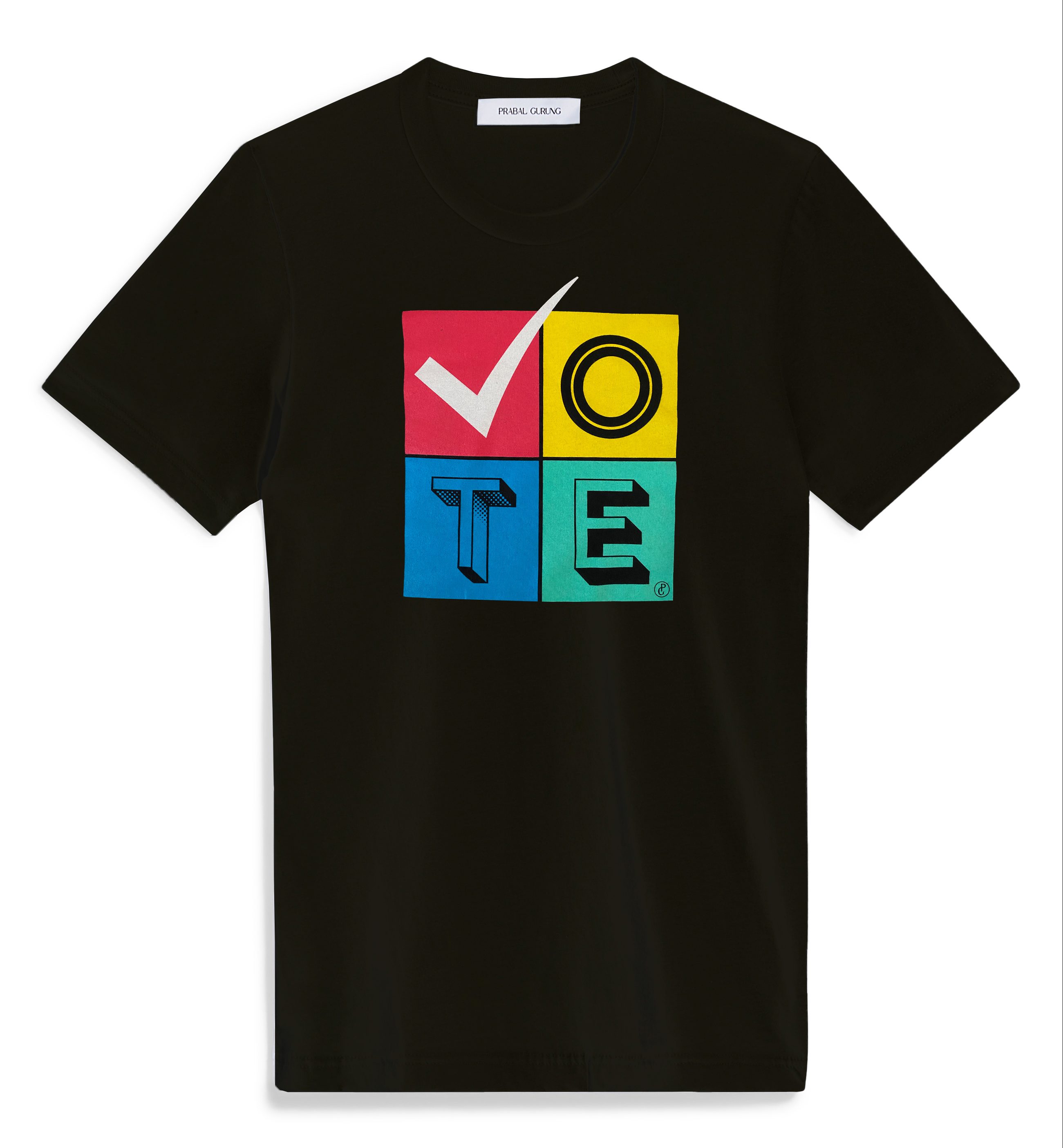 Prabal Gurung has released his Vote T-shirt for $115, with 15 percent of proceeds benefiting When We All Vote.

“I earned my right to vote in 2016 and have proudly participated in every election since,” Gurung said in a statement. “I believe that this sacred act of democracy is one of our greatest powers as Americans. The upcoming election is such an important moment in our nation’s history. We all have the ability to create change and progress by showing up to vote and making our voices heard. I hope that this initiative will not only spread awareness around voting, but will remind everyone that their voice matters and that they matter.”

Puma and Snipes are teaming to roll out kiosks at all 95 store locations nationwide to help customers register to vote. 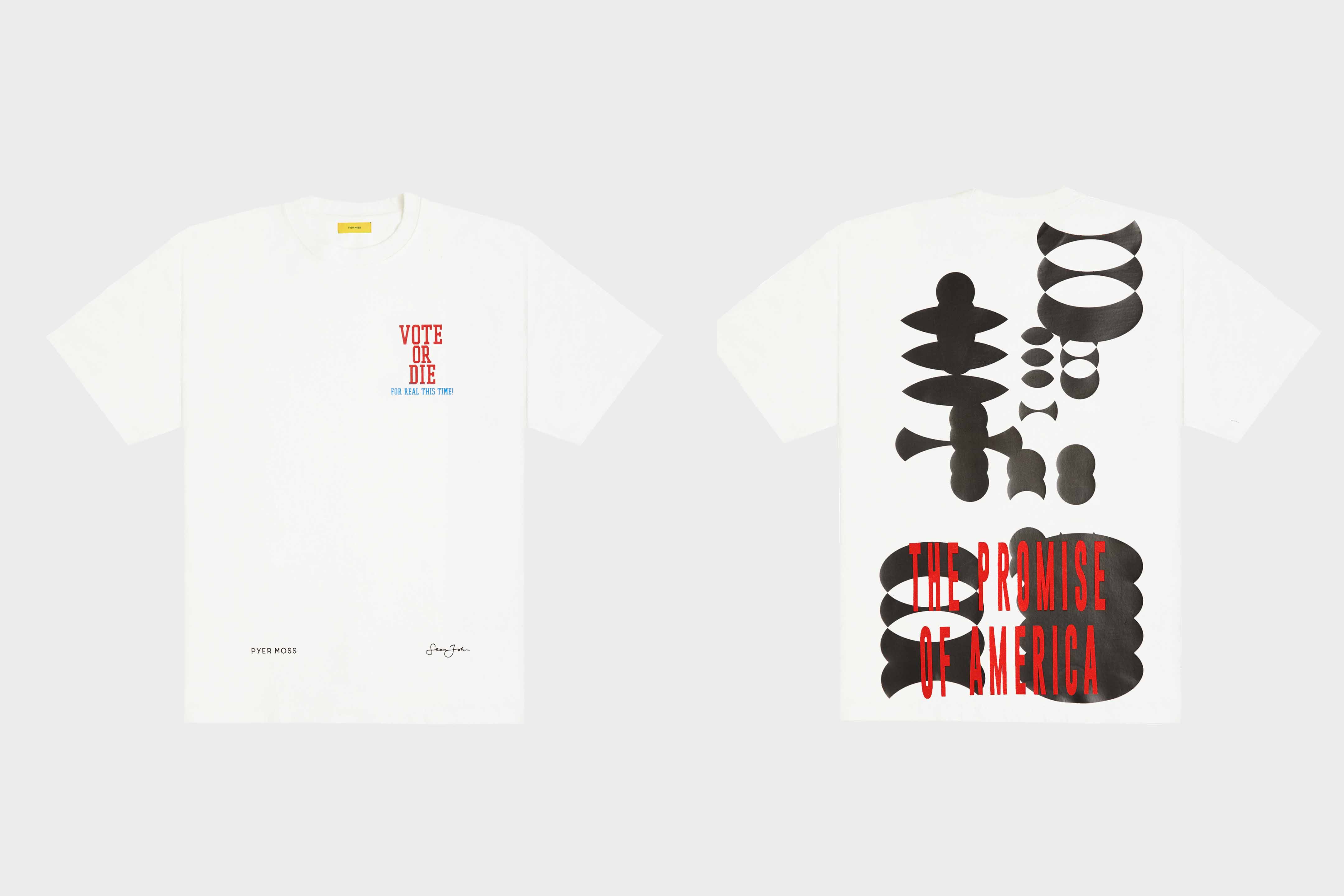 Pyer Moss is reviving Diddy’s “Vote or Die” T-shirt debuted 15 years ago through the designer’s new Exist to Resist platform, which spotlights the work of social justice organizations. Proceeds will benefit Rock the Vote.

The designer has teamed with organizations Vote Forward and Swing Left for its new initiative, The Big Send at Work, which aims to get low-propensity voters to the polls. The initiative encourages customers to hand-write letters to voters at the designer’s New York City store or at home using a provided letter template. 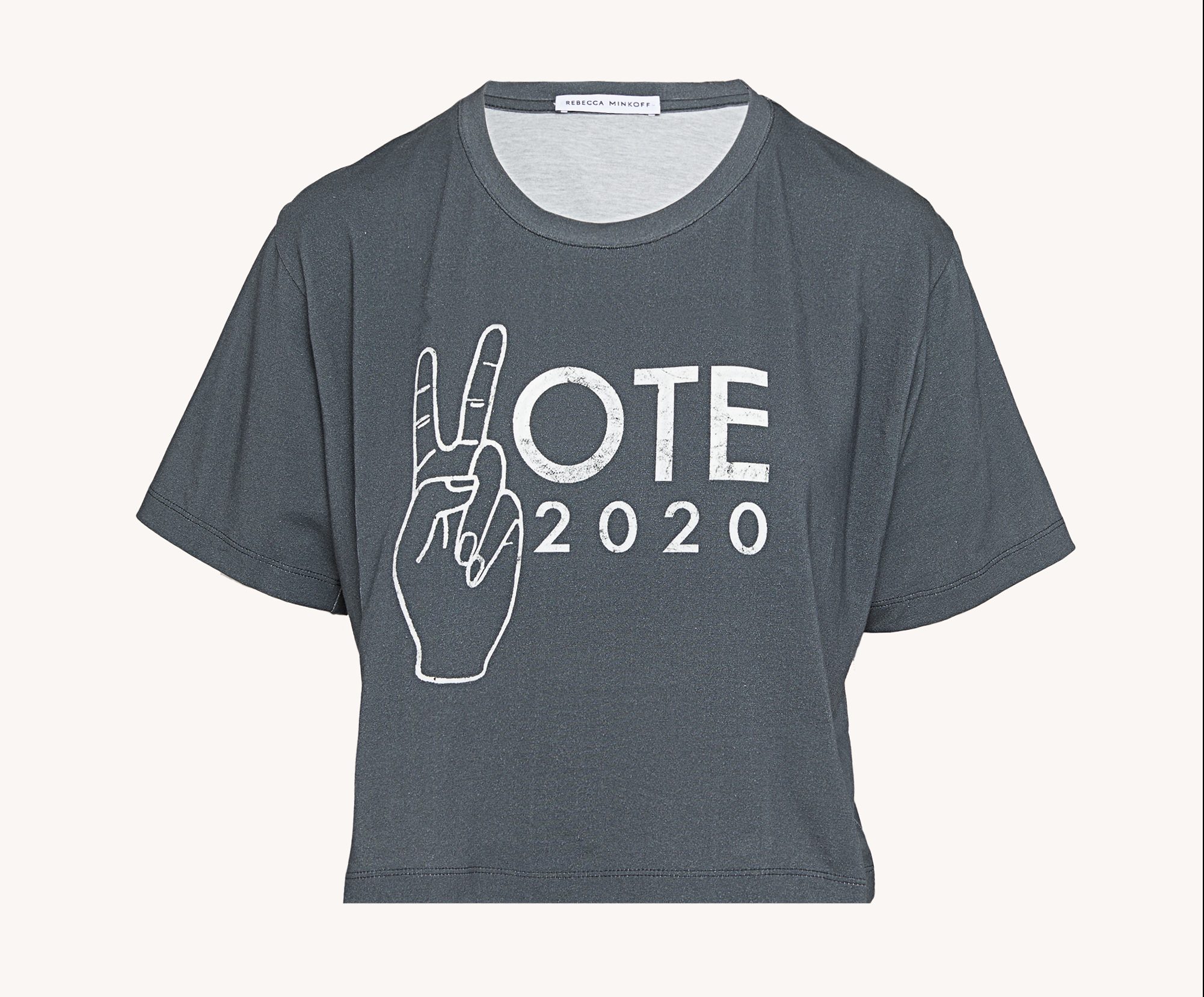 Rebecca Minkoff teamed with Vote Run Lead, an organization that empowers and trains women to run for office. The designer created a limited-edition Vote T-shirt, which comes in white, gray and zebra print, for $40 for the partnership and will be making a donation back to the organization. 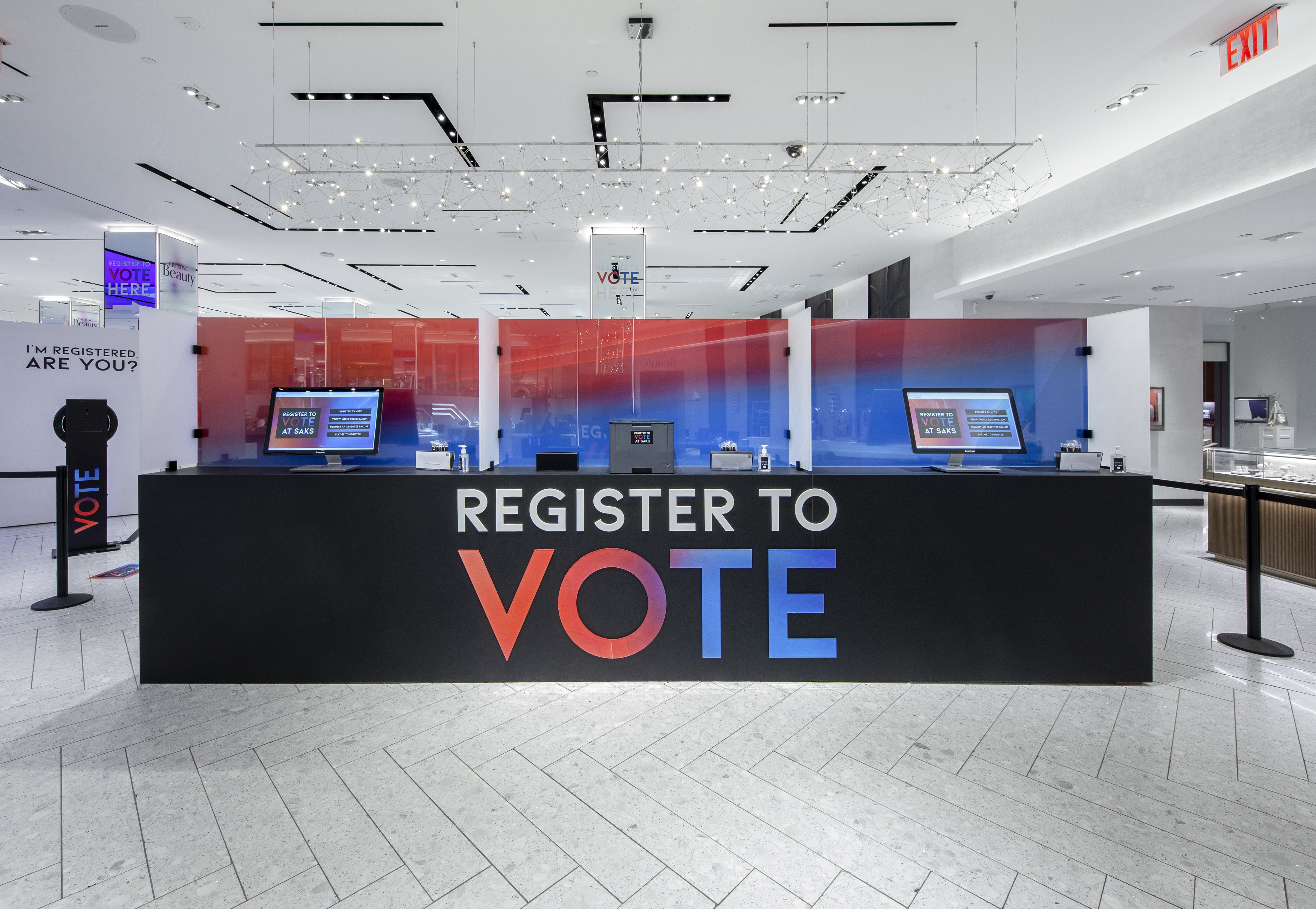 Saks Fifth Avenue has launched its “Register to Vote” campaign at its New York flagship store and online. Until Oct. 9, customers can register to vote, complete an absentee ballot or check their voter registration status at the flagship location.

The retailer has also made Election Day a paid holiday for its corporate employees. 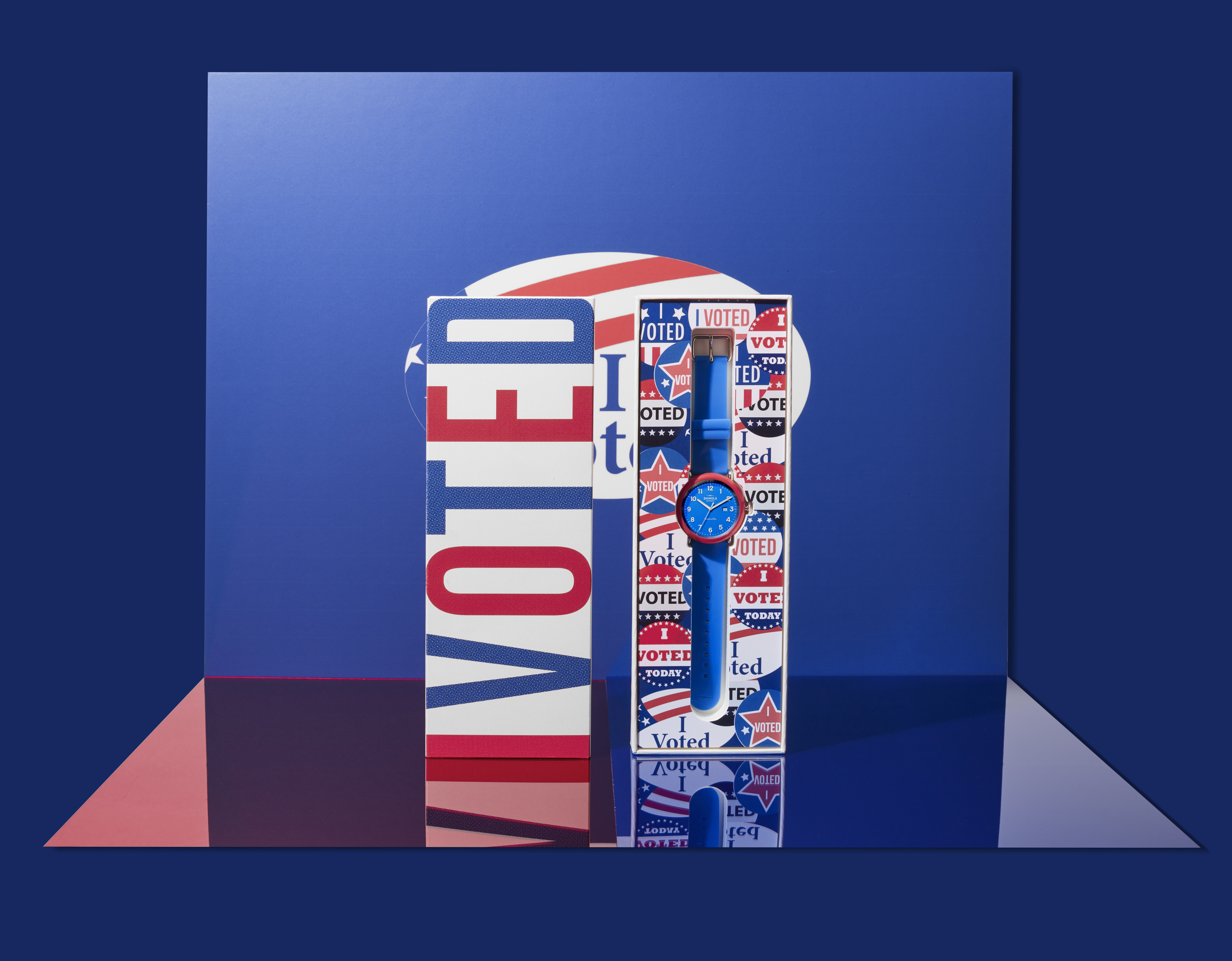 Shinola has teamed with I Am A Voter for its I Voted Detrola timepiece to encourage voting. The organization is helping customers register to vote in Shinola stores via QR codes or text message. The timepiece retails for $395. The brand is also hosting a digital event to discuss why voting matters. 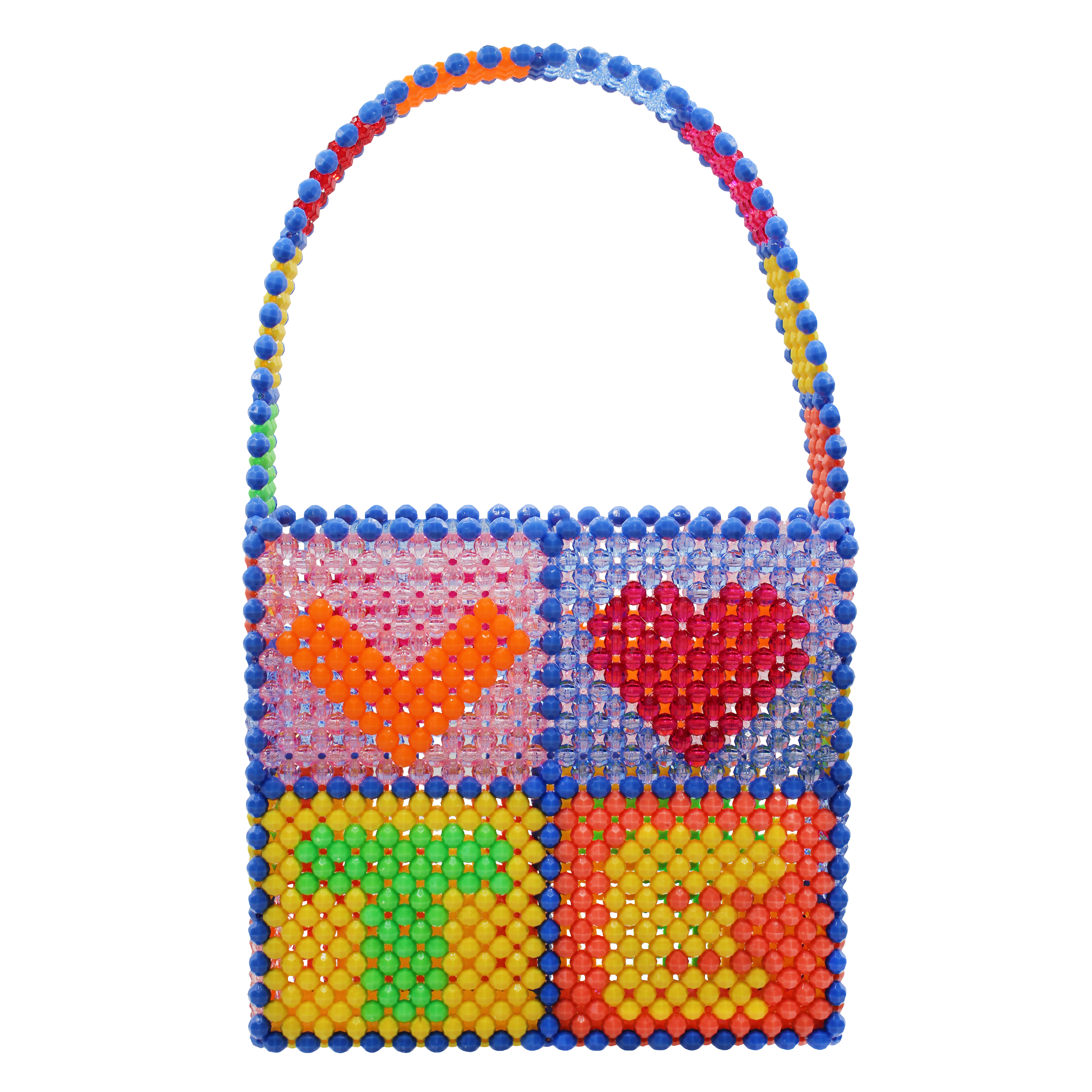 Accessories label Susan Alexander has released its Vote Bag, a reimagined version of its popular beaded bag that reads “Vote.” The brand is donating $35 from each purchase to the ACLU to help create equality in voting, as well as supporting causes such as racial equality, immigration rights and the LGBTQ community. The brand is also teaming with the organization, HeadCount, to help customers register to vote. The bag retails for $350.

Toms is partnering with Vote.org for its #VoteReady campaign that shows personal messages from employees on the importance of voting. The brand is also providing voter registration tools and resources on its web site to encourage voting.

WATCH: An Inside Look at How PPE Is Made