Guests gathered at taxidermy specialist Deyrolle for a cocktail celebrating Sherman’s show at the Gagosian Gallery. 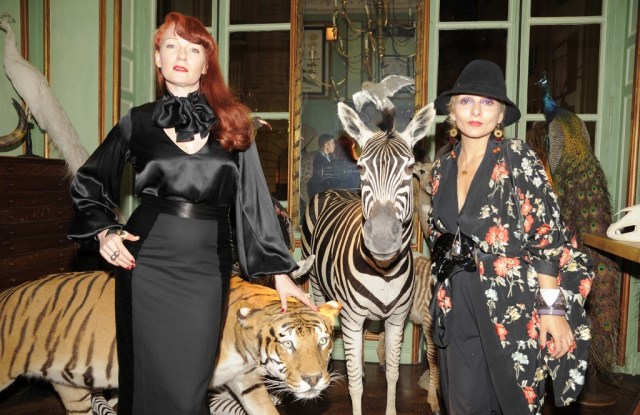 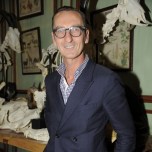 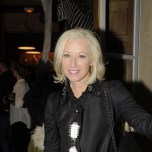 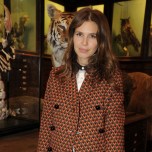 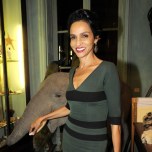 UNDERCOVER: The party on Friday to celebrate Cindy Sherman’s latest exhibition in Paris was a zoo — literally.

Earlier, guests had taken in the show at the Gagosian Gallery, which features photographs of Sherman dressed in Chanel couture outfits, standing in front of a series of sweeping landscapes. The artist said she had picked some 15 looks from a selection sent by Chanel, opting for the ones with the most dramatic potential.

“They just did not look like anything someone would really wear on the street. Some of Karl Lagerfeld’s really early things in the Eighties are so theatrical — they’re amazing, and gorgeously made,” she said. “I had no idea what couture was really like. It’s really all about the craftsmanship.”

Sherman, who took in shows including Balenciaga, Lanvin and Dior at Paris Fashion Week, said she expected the French capital to continue influencing her work. “I’m renting a place [here] for the year, so I have to come back and forth a lot,” she explained.

Bruno Frisoni is among her local fans. “In fashion, what is extraordinary is that we often seek an ideal of beauty, something that strikes you. Cindy Sherman tries to incorporate this into history, while being very contemporary and aiming to make it not necessarily beautiful, but memorable,” he noted.

The show left Victoire de Castellane almost at a loss for words. “I just think it’s incredible. It’s surprising,” said the Dior jewelry designer, who revealed that she plans to launch a separate jewelry line under her own name next year.

To be sure, Sherman’s fearless transformations — which frequently result in unflattering self-portraits — go against the grain of most fashion photography. “Well, I was just wondering what goes through her mind,” said Ellen von Unwerth, famous for her sexy portraits of women. “I was actually hoping to see her tonight, but I don’t know if she was there. You never know, it could be anybody next to you.”

As it happens, it was the petite platinum blonde in the back, wearing a Prada black satin coat with jeweled embroidery.