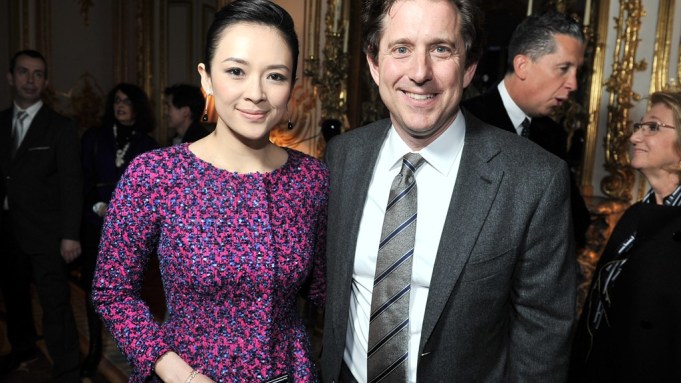 POWER BUNCH: The cream of the luxury industry turned out on Tuesday evening for a cocktail party at the U.S. ambassador’s residence in Paris in honor of Richard Baker, chairman and chief executive officer of Hudson’s Bay Co., which recently completed its $3 billion acquisition of Saks Fifth Avenue.

Baker told the crowd that Wintour had warned him beforehand that the acquisition would entail heavy investments — a message reinforced by Marigay McKee when he lured her over from Harrods to be president of Saks.

“Marigay, who was very comfortable in this nice little shop in London, said, ‘I’m happy to come across the pond but’ — just like her friend Anna — ‘you’d better make sure you put aside at least $1 billion for me to do a little fixer-upper at the new business there.’ So Marigay and team and $1 billion are now set to take Saks into the future. People should put their seat belts on, it’s going to be an exciting ride,” he said.

“A new vision is great for all of us,” said Reed Krakoff. “The way the world is working today, brands constantly need to reinvent themselves and move forward. I think it’s very credible for them to be in that position.”

Valentino ceo Stefano Sassi said it was too early to predict what shape the new Saks would take. “Give us a little bit of time, because we want to understand what Marigay is doing,” he said. “But I’m pretty sure that we will do something special with her, because she is super-talented, in our opinion.”

“For a long time, there was no retail investment in the United States, neither at Saks nor elsewhere. You can see that when investments are made intelligently — as we have seen at Bergdorf, with the launch of its new men’s concept, among other things — if you have the right brands and the right positioning, it is very successful,” he said.