The designer opened the doors of her midcentury home in Los Feliz for the Council of Fashion Designers of America’s West Coast members. 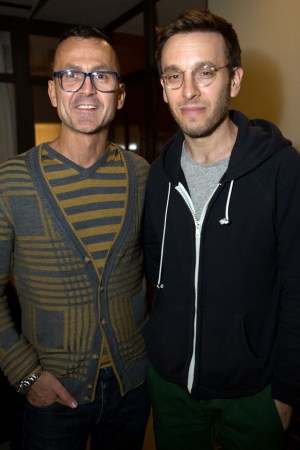 6 Celebrities Who Launched Skin-Care Brands in 2020

FASHION FETE: Trina Turk opened the doors of her midcentury home in Los Angeles’ Los Feliz neighborhood for a cocktail party cohosted by Steven Kolb for the Council of Fashion Designers of America’s West Coast members. Among those who turned out were Doo-Ri Chung, Cynthia Vincent, Adriano Goldschmied, Irene Neuwirth, Gregory Parkinson, Rozae Nichols, Scott Sternberg and Sandra Muller. “We don’t get to hang out together very often, so this is sort of like a reunion,” said Vincent.

Joining the mix were actresses Perrey Reeves and Jessica Paré, who apparently was multitasking after attending a luncheon for Reed Krakoff. “I’m relaxed, but I don’t normally deal with traffic in L.A.,” said Kolb as guests compared notes about their commute times. “I mean, it takes an hour to get anywhere,” said Venice Beach resident Neuwirth. “Wish me luck,” said Parkinson, as he readied to head to Beverly Hills for another party. “I’ll be changing in my car.”