Dubbed “Fashion Targets Tornadoes,” the canvas totes will be sold on Ebay to raise funds for the victims of Alabama's tornadoes last spring. 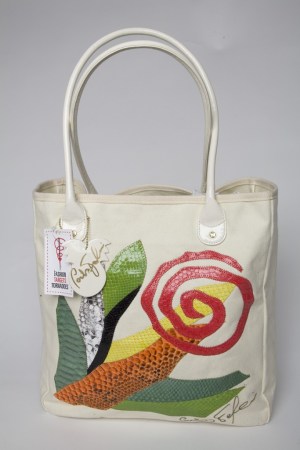 FASHION FOR VICTIMS: The Council of Fashion Designers of America teamed up with Marcia Sherill’s brand Anabelle to auction off canvas totes on Ebay to benefit the victims of Alabama’s tornados last spring. Dubbed “Fashion Targets Tornadoes,” Anabelle provided designers, including Diane von Furstenberg, Rebecca Taylor, Nanette Lepore, Carlos Falchi, Max and Lubov Azria, with the canvas totes. Designers then decorated the bags, which are currently being auctioned off on ebay.com until Dec. 8. “We were surprised that so many designers signed on with crazy schedules. We had designers clamoring to help and may do a second auction early next year,” said Anabelle creative director and designer Sherrill. “Sadly, the one thing we can count on in Alabama is tornados, but hopefully never again with that severity.”

All proceeds will be donated to the American Red Cross.