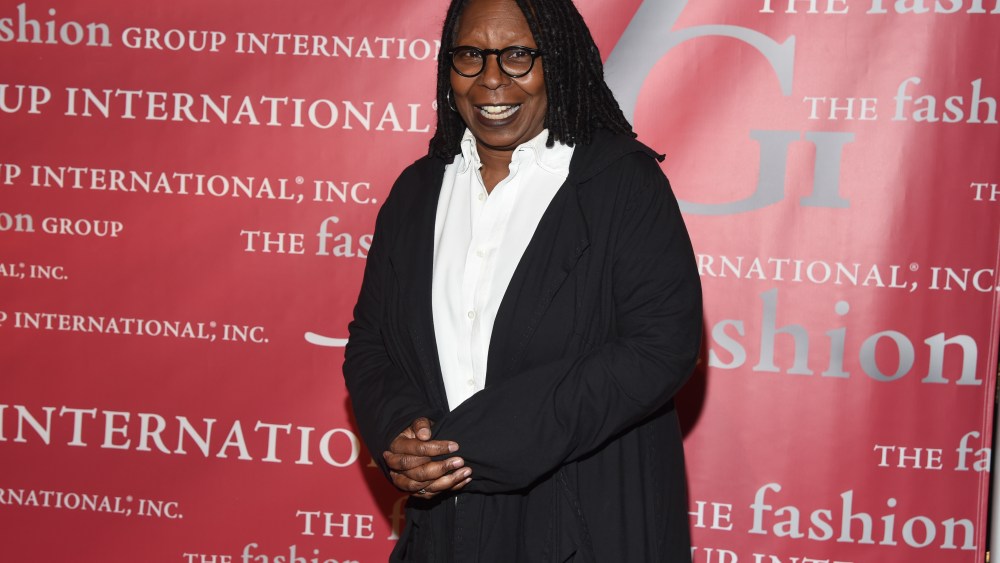 In these uncertain political times, more than a few winners and presenters at Thursday’s Fashion Group International Rising Stars Awards preferred to relay a message rather than stay on one.

In delivering her keynote address, Whoopi Goldberg told the crowd, “We’re not all the same — thank God. We don’t all think the same thing and that’s what makes us interesting. We can have these conversations without evil in our hearts, so that’s what I’m asking for. With all that you do, and all that you supply, supply it with a little bit of love in your heart. It can’t hurt.

“You know it’s going to be a little rocky for a while, but people always need to feel good. That’s where you come in. You’ll make people feel good, feel better. You know you can’t change it. It happened. We’re here now, so do whatever you can do to lighten it,” Goldberg said.

As a guest of Hilldun’s Gary Wassner, Goldberg, who launched an ugly holiday sweater collection last year, said she didn’t expect to be honored with FGI’s Spirit of the Rising Star award. With a role in ABC’s “When We Rise” miniseries about the AIDS crisis coming up, the Oscar-winning actress said, “Where you are today, you help someone else tomorrow. You didn’t do it by yourself. We’re all here because we got some help from someone else, so help whoever you can. And never think that people aren’t going to get what you do. There’s someone out there for everyone, I’m telling you,” she said.

In accepting the Home award with his cofounder Jeremy Anderson, Apparatus cofounder Gabriel Hendifar said, “At the risk of making this something that it’s not, I would also like to say that I’m particularly proud on this day to be a first-generation American designer of parents who left a war-torn Middle Eastern country to come here as refugees,” to much applause. “This is exactly what my parents dreamed, so thank you for making this possible.”

When presenting the Business Innovation award to the company Gwynnie Bee, Wassner said, “Today more than ever we need to respect and appreciate diversity and innovation. What better industry is there than this one when it comes to forging new paths of self-expression?”

After saluting fellow presenters such as Bobbi Brown, Linda Wells and Aerin Lauder, Prabal Gurung closed the event by announcing a tie for the Womenswear award, which went to Alejandra Alonso Rojas and Claudia Li. Wiping away tears, Rojas thanked her 10-person team by name and added, “all the women in my family — four generations of fighters who have raised me on hard work and mostly equality with a big, big heart. I would love all of you to put a little bit of that heart to what’s going on right now in the world. And really fight with me and everyone every single day for equality and human rights.”

Beauty Entrepreneur winners Isabel and Ruben Toledo — for Hot House Beauties by Isabel Toledo — also rallied attendees. Ruben Toledo said, “Never let passion get in the way of being an entrepreneur because those things often can create a friction. We’ve always done everything in our house from love,” he said. “Like an old friend of ours, Karl Lagerfeld, told us recently, ‘It’s never too late to start rising.’”

Earlier in the program Saks Fifth Avenue’s Eric Jennings handed over the Menswear prize to Peyman Umay who said, “When I had nothing but a pocketful of dreams, everybody called me a dreamer, but I never slept.”

Bandier’s Jennifer Bandier looked a little shell shocked after receiving the Retail award from The Real Real’s Julie Wainwright. “I never worked in retail or fashion, but I did have a passion for leggings or something like that. I felt like I couldn’t be the only person who was obsessed with finding things that were fabulous, ” Bandier said. “This means everything because I’ve never won anything before. I’d love to thank the Academy. I’ve always wanted to say that so now would be the right time.”

Saks’ Roopal Patel also was on hand to honor this year’s Accessories winner Allison Mitchell, who had the support of two tables occupied by supporters of the Saint Louis Fashion Incubator. Harper’s Bazaar Amanda Weiner Alagem presented the Fine Jewelry award to Dana Bronfman, who thanked her one employee “who makes everything happen and her manufacturers and jewelers who couldn’t be there because they were busy working on her new collection.”