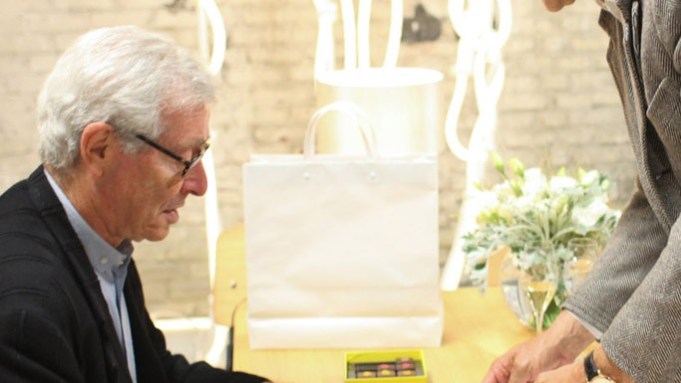 MAIN MAN: While he has been a constant presence in Paris fashion over the decades, Didier Grumbach rarely steps into the limelight. Wednesday night, he made an exception as the fashion set gathered for him to sign copies of the first English translation of his authoritative tome “History of International Fashion.”

Some of the guests are even cited in the work’s pages. “Sometimes they don’t even know they are in the book,” said Grumbach. “Dries [Van Noten] was not familiar with it, and yet he is cited in it.”

Grumbach is known for his discerning judgement of the industry, and said that looking back, his instincts have rarely failed him.

“It’s interesting to look at what I predicted 20 years ago,” he said of reworking the book, initially published in 1993 in French, for its latest edition. “I’m quite pleased with myself, I didn’t get it so wrong.”