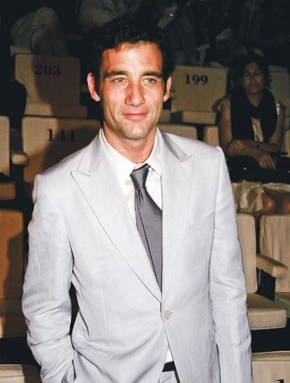 ARMANI’S LATEST CAUSE: Giorgio Armani is not one to shy away from controversy and his public outcry this week against the numerous illegal vendors on the streets surrounding Milan’s cathedral and the city’s general lack of decorum prompted the mayor, Letizia Moratti, to say that “any initiative [Armani] might have in mind, is more than welcome in an effort to improve the city,” according to a spokeswoman.

Armani’s wish to better Milan did take shape on Tuesday, when he unveiled the restoration of the iconic palazzo–turned-museum, Villa Necchi Campiglio, with a garden party. The designer, who said he is “fascinated by the artistic and cultural richness of the villa,” has helped support the restoration, which cost 6 million euros, or $8.7 million, and lasted three years. The residence, built between 1932 and 1935, has been donated to the Italian Cultural Institute FAI in 2001, which Armani supports. “I had always admired the villa, ever since I was a young boy,” the designer said. “And, much later, when I told Giulia Maria Crespi [president of FAI], I wanted to talk to her about it, she knew I wanted to see if there was a chance for me [to buy it] and the first thing she told me was: ‘Forget about it! Get it out of your mind….'”

Clive Owen, Adrien Brody and girlfriend, Elsa Pataki, who took in the designer’s men’s show earlier, were among those expected to attend the party. Also at the show were Maria Shriver with brother Bobby and daughter Katherine. “It’s a trip to celebrate her graduation,” said Shriver, who last attended an Armani show eight years ago.

GUINNESS DONS THE DIRECTOR’S HAT: Daphne Guinness, wearer of many fashionable hats, is to fete her first directorial effort during Paris couture week. Dubbed “Phenomenology of Body,” the four-and-a-half minute short, described by Guinness as an art installation-cum-film, is based on the history of the female spirit. Stills from the work that will premiere on the T: The New York Times Style Magazine Web site on Friday, will be exhibited at the Hotel de Crillon on July 1, with Alexander McQueen among those expected. The images will then be put up for sale on the Starworks Web site, with proceeds going to the charity Womankind. The work features 13 historic female figures — including Joan of Arc, a cupcake-clutching Marie Antoinette, played by Guinness, and Emily Pankhurst — consecutively spinning in the dark, bathed in varying pools of light. Choreographed to music by LCD Soundsystem, the film ends with a young lady peeling off her long red burka. “It’s about the body and the soul, concealing and revealing, empowerment; clothing has always been so political,” said Guinness, herself clad in a micro Azzedine Alaïa mini and towering Christian Louboutin platform stilettos for breakfast at the Ritz last week. “The message is that we all have the power to choose,” she said.

MODEL AMBASSADOR: “It’s great to see the Légion d’honneur given to a model,” said Isabella Rossellini last Wednesday night as Roger Vivier ambassador Inès de la Fressange was pinned at the accessories firm’s Paris boutique. “In France where fashion is so important, up till now it’s only been designers. Now they’re recognizing people that are real ambassadors of fashion.”

Fanny Ardant, meanwhile, disclosed she’ll go behind the camera come fall, directing her first film, “Cendres and Sang” (Ashes and Blood) in Romania with a cast of young unknowns. Guests also included Lee Radziwill, Farida Khelfa, Vanessa Bruno, Tod’s chairman and chief executive officer Diego Della Valle and Audrey Marnay, plus the de la Fressange clan, including stepdaughter Clotilde De Kersauson who was sporting something shiny on her finger, a prototype from the jewelry and accessories collection she’s creating with actress Josephine de la Baume for fall. “There’ll be lots of antique-style chains, rings and gloves,” De Kersauson said, “things you might find in the bottom of a drawer at your grandma’s house.”