Spring 2010 will mark a bevy of collaborations between New York-based accessories designers and fashion houses. 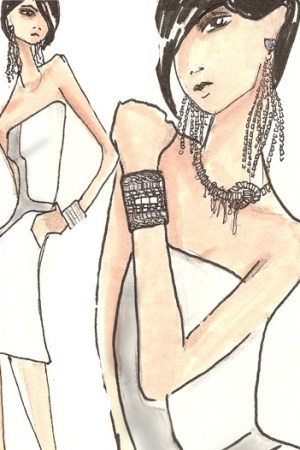 Hugo Boss Prize Awarded to a Photographer for First Time

Maluma Gets Into Design With Latin Billboard Awards Looks

IT TAKES TWO: The runway can be a strong jumping-off point for accessories designers, and spring 2010 will mark a bevy of collaborations between New York-based accessories designers and fashion houses. Geren Ford has tapped Ken & Dana Design for jewelry; Pamela Love Jewelry is doing pieces for Frank Tell and Zac Posen, respectively; Dannijo is doing a capsule collection for both Walter and Bensoni; Kipling is doing bags with Bensoni; Erin Fetherston is working with Lulu Frost on jewelry for her show; Loeffler Randall is doing Costello Tagliapietra’s shoes; Be & D has once again hooked up with Doo.Ri for bags, as has Rachel Roy; Albertus Swanepoel is doing Rachel Antonoff’s hats; Venexiana has called upon guitar god-cum-accessories maven Carlos by Carlos Santana for its shoes; Dana Lorenz from Fenton/Fallon is doing a few pieces for John Patrick Organic; VPL has tapped Tiffany Tuttle of LD Tuttle for shoes, and jeweler Alexis Bittar is working on no fewer than three shows: Michael Angel, Gottex, Dennis Basso and Michael Kors. Bittar said collaborating is beneficial: “For branding and editorial purposes, it links us with the ready-to-wear fashion business,” he said.

COKE, LIGHT-HEARTED: Coca Cola Light, the Italian version of Diet Coke, has added a charity angle to its long-standing collaborations with fashion designers. Eight female designers — Donatella Versace, Alberta Ferretti, Anna Molinari from Blumarine, Veronica Etro, Silvia Venturini Fendi, Marni’s Consuelo Castiglioni, Angela Missoni and Rossella Jardini at Moschino — have teamed up with the soft drink to benefit the Milan for Abruzzo charity project. Each designer created four special cover-ups for the bottle, many of which feature distinctive patterns such as Missoni’s zig-zags, Etro’s paisley and roses for Blumarine.

The bottles will be unveiled at a special runway show on Sept. 24 in the courtyard of Milan’s Palazzo Reale. An auction will be held that night to benefit the Milan for Abruzzo program aimed at finding scholarships to help young women in the Italian region devastated by an earthquake last spring. The charity is also supported by the city of Milan. The bottles will also be on display open-air exhibitions in key spots around the city from Sept. 25 to Oct. 4 and a limited number will go on sale starting Sept. 25.