Fashion Scoops: For Rent… Finding A Lost Face… All Dolled Up…

Everyone knows of an assistant who tries too hard in the wardrobe department ? think, too-high heels, flashy jewelry and slightly off-trend shoes by... 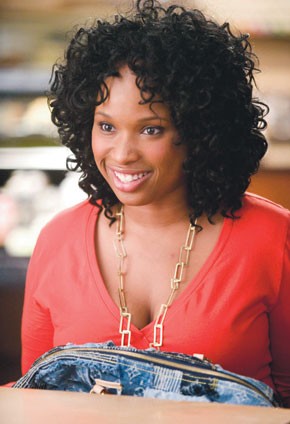 FOR RENT: Everyone knows of an assistant who tries too hard in the wardrobe department — think, too-high heels, flashy jewelry and slightly off-trend shoes by way of the mall. But what if the assistant was that of Miss Carrie Bradshaw? One could hardly blame such a minion for trying too hard. In the “Sex & the City: The Movie,” Jennifer Hudson’s character plays the assistant to Sarah Jessica Parker. Hudson wears a potpourri of designer bags throughout the film until Bradshaw finally asks what gives. It turns out her assistant found a loophole in the fashion hierarchy: BagBorroworSteal.com. Hudson’s character rents designer bags from the site. In tandem with the launch, New Line Cinema has teamed up with the Web site to bow a Sex & the City collection.

FINDING A LOST FACE: Coty Prestige has signed Evangeline Lilly, the actress who plays Kate Austen on “Lost,” to front its Cool Water Woman scent worldwide, except in the U.S. The first print ads and TV spot featuring the actress for the scent, launched in 1996, will break in July. Last year, Coty signed fellow “Lost” star Josh Holloway to be the face of the Cool Water men’s scents. It’s the first time the Canadian actress has fronted a fragrance. Cool Water Woman “definitely represents the juxtaposition between purity and sensuality, and there’s that sort of fresh newness,” said Lilly. “On top of it, there’s strength that’s underneath it all, that is where sensuality comes from — versus just pure sexiness.”

ALL DOLLED UP: As the creator of the Pussycat Dolls, Robin Antin is a busy lady. There’s the Grammy-nominated singing group, the Las Vegas burlesque troupe — of which Victoria Beckham is said to be a guest Doll later this year — as well as the second season of her CW show “Pussycat Dolls Present,” which will form a new teen group called Girlicious. But it’s fashion that’s been keeping the marketing maven up at night. Last Thursday, Pussycat Dolls…shhh, Antin’s new intimate apparel line, debuted to a crowd that included Sean “Diddy” Combs, Quincy Jones, and a bevy of teenage girls who practically formed a mosh pit to the side of stage during the live performance. “But I wanted to create something that the younger fans could appreciate, too,” said Antin. The lingerie, which retails for about $65 a set and is in fact surprisingly modest, wasn’t it. But beginning this month for a one-season exclusive at Kitson, costume jewelry is. “It’s all gold because that’s all I wear and it’s all under $40 retail,” she said with one of the chunky charm bracelets dangling from her wrist.