Could Tom Ford have finally found the material for his film directorial debut? 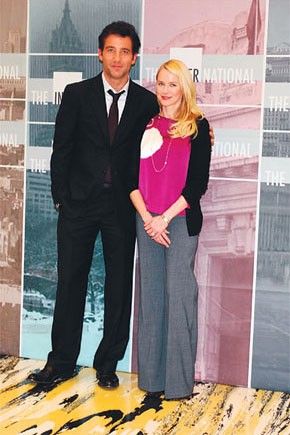 FORD EXPLORER: Could Tom Ford have finally found the material for his film directorial debut? Word is that Ford has set his eyes on directing the movie adaptation of Christopher Isherwood’s 1964 novel, “A Single Man.” Few details could be learned, and his spokeswoman did not return calls for comment, but the book depicts a day in the life of a gay man in Los Angeles — a notion that Hollywood resident Ford should be all too familiar with. Ford launched his namesake men’s bespoke business earlier this year, but has made no secret of his ambitions to break into the movie game since leaving Gucci Group in 2004.

MOVING BACKWARD: The new year hasn’t even begun and already the fashion calendar is shifting. The Italian Chamber of Fashion has moved Milan Fashion Week back by two days to Feb. 16 to 23 from Feb 18 to 25. At press time, the Fédération Française de la Couture also was working on moving Paris Fashion Week to Feb. 24 to March 2, from Feb. 26 to March 4. Mario Boselli, head of the Italian fashion body, said the two associations have decided to postpone their original two-day shift forward of their respective fashion weeks until 2009. “Luckily, in 2009, the shows in Milan will run from Wednesday to Wednesday and we will be able to have a strong weekend in the middle of the shows,” said Boselli. Or else everything will be squeezed into five days again and buyers and press will grow exhausted.

SOMETHING FISHY: Lovers of fashion and caviar can have it all in one rather expensive package this holiday season. Retired couturier Yves Saint Laurent has reprised a 1973 New Year’s design for his 2008 “Lovebox” for Pierre Bergé’s Prunier caviar house. The 4-oz. tin, containing premium Saint-James caviar, sells for 375 euros, or $556 at current exchange. No-logo types might consider Prunier’s “One to One” caviar, a beige box containing 4 oz. of eggs from a single fish, delivered within 24 hours of their harvest in the Bordeaux region, for 250 euros, or $371.

INTERNATIONAL MAN: Clive Owen may have breezed in and out of Milan to sit front and center at Giorgio Armani’s shows, but this time he’s back in town for work -— the British actor is filming “The International” with Naomi Watts. Director Tom Tyker selected many of Milan’s landmarks for the action thriller, including the Pirelli Building — or, as the Italians say, Pirellone. The Gio Ponti-designed palazzo is the tallest building in Milan and the closest thing the city has to a skyscraper. Today, filming will move on to the city’s Fascist-era train station. More than 1,700 extras are expected to descend on Milano Centrale. In the film, Owen plays an Interpol agent investigating a powerful banking institution and its connection to arms dealers. Watts plays a Manhattan district attorney who becomes the agent’s unlikely ally in taking the bank down. The crime thriller is set to be released on Aug. 15 in the U.S. and on Oct. 17 in Italy.

This story first appeared in the November 27, 2007 issue of WWD. Subscribe Today.

OLDFIELD’S OLDIES: London designer Bruce Oldfield, who specializes in dressing British aristos, socialites and red-carpet celebrities, is opening his giant closet to the public. On Thursday, the designer — whose clients include Sienna Miller, Jemima Khan, Anjelica Huston and the late Princess Diana — plans to offer 300 one-off dresses from the past two decades during a one-day sale. The archive offer, however, is no harbinger of a company closure or impending sale, according to an Oldfield spokeswoman. “It’s cleaning house more than anything else,” she said. “It’s better to have the pieces out in public than sitting in the warehouse. And it’s a great time for vintage clothing.” The sale will take place at London’s Four Seasons Hotel on Park Lane.