Gucci's Feb. 6 fund-raiser to accompany the opening of its biggest flagship worldwide on Fifth Avenue won't be in New York, at least not technically. 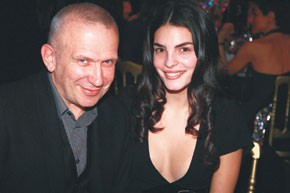 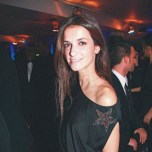 GUCCI BLOCKBUSTER: Gucci’s Feb. 6 fund-raiser to accompany the opening of its biggest flagship worldwide on Fifth Avenue won’t be in New York, at least not technically. The company disclosed that the event, dubbed “A Night to Benefit Raising Malawi and UNICEF,” will take place in a purpose-built structure on the North Lawn of the United Nations.

The 18-acre U.N. site on Manhattan’s East River is international territory, which means that it doesn’t belong to any one country or government, and the Gucci soiree is the first of its kind to ever take place there.

It promises to be quite a party. Hosted by the luxury house and Madonna, Gucci tapped Alicia Keys, Timbaland and Rihanna for special musical performances; there will be a presentation by renowned economist and Columbia University professor Jeffrey Sachs, who is also a co-chair, and a live auction, slated to be emceed by Chris Rock.

STAR SEEKERS: Who’s ready to hit the streets of Seventh Avenue with the ranks of Calvin Klein, Marc Jacobs, Halston, Bill Blass, James Galanos, Geoffrey Beene and other esteemed designers who already have their names in the sidewalk?

For the first time in five years, Manhattan’s Fashion Walk of Fame will add new names in tribute to leading American designers. The Museum at FIT’s Valerie Steele and the Fashion Center Business Improvement District’s Barbara Randall have sent ballots to 114 industry leaders, historians, archivists and curators asking them to vote for one living and one deceased designer for the 2008 awards. In addition to Steele, Nicole Fischelis, Harold Koda, Kim Hastreiter, Marylou Luther, Phyllis Magidson, Patricia Mears and Lavelle Olexa are serving on the Fashion Center BID’s selection committee. Nominees must be American designers with a New York showroom and someone who has been in business for at least 10 years. From 2000 through 2002, four living and four deceased designers were awarded decorative plaques in the sidewalk of the Garment District each year. But then organizers worried they would run out of honorees and decided to take a break. For that reason, the 2008 awards will be limited to one living and one deceased designer.

JINGLE BELLES: A bevy of beauties, including Anna Mouglalis, Tatiana Santo Domingo, Joanna Preiss and Vahina Giocante, took time out from preparing for the holidays to attend Numero magazine’s benefit for Rwanda Monday night at Espace Pierre Cardin in Paris. “I’ll be working over the holidays,” said Mouglalis with a sigh. “And I’ll watch the kids,” chimed her film director husband, Samuel Benchetrit. Karl Lagerfeld and Jean Paul Gaultier apparently had a number of season’s greetings to exchange, since they were virtually inseparable for the soiree. Gaultier said he’s going to head to France’s Basque region to sample some local delicacies, while Kris Van Assche, who will make his Dior Homme runway debut in January, is setting off for sunnier climes. “I’ll be in Morocco for a few days for stargazing in the desert,” he said. Lagerfeld, however, was already counting his lucky stars, having won a Burberry bag and jewelry during the evening’s prize draw. “I’ve always been lucky that way,” he said.

LUNCH BREAK: ‘Tis the season for some heavyweight shoppers to take midday breaks at Barneys New York restaurant Fred’s. Last week it was tough to miss the towering Michael Jordan and glad-handling Sandy Gallin. The former NBA star’s entourage spread the holiday cheer, wishing strangers well in the store’s elevator. Tuesday’s lunchgoers could feast their eyes on a tawny Cindy Crawford, who dropped in to dine with a friend — just missing “Deceptively Delicious” scribe Jessica Seinfeld at a nearby table with Liz Claiborne’s Bill McComb. Even Barneys New York’s Howard Socol was spotted temporarily keeping a vacant table warm, albeit talking on his cell phone.

TEA WITH GLORIA: Germany’s reformed punk princess Gloria von Thurn und Taxis is back in a partying mood. Only this time, Princess TNT (as she used to be called) is into throwing tea parties — with her very own Tea-Time collection. It comprises “Tee Caliente” — a blend of selected Ceylon teas; her favorite Breton butter cookies; chocolate bonbons filled with caramel, and strawberry jam, all produced in France. The princess designed the packaging herself: red, blue or green metal tins bearing a sketched image of Schloss St. Emmeram, the family castle in Regensburg. As for the name, “Gloria” is boldly printed in large gold letters, while “Thurn und Taxis” appears more discreetly below. The idea for the collection came, naturally, over a cup of tea. “We’re always trying to think up ways to make Schloss St. Emmeram better known, so this is a bit of p.r. for the Schloss,” she explained. The Corner Berlin has exclusive distribution for the next three months of the line, priced between 8 euros, or $12 at current exchange, and 16 euros, or $24. But von Thurn und Taxis is keen to place the collection in “Munich and Stuttgart. Paris, of course. And New York? Selling in Bergdorf Goodman would be the dream,” she said.

SKIN ON SKIN: Any avid “Sex and the City” viewer knows that Kim Catrall’s character, Samantha Jones, has no problem baring some skin — but now she’s wearing some skin. Jones, who has an affinity for accessories — think the Hermès Birkin bag episode — has moved on to a new look: crocodile. The actress filmed an outdoor scene in Los Angeles recently for the “Sex and the City” film carrying a gilded Nancy Gonzalez crocodile tote with a matching leash for her puppy.

BANANA REPUBLIC SET FOR LONDON: Banana Republic has set the date for its London opening. The brand has confirmed it will unveil its first U.K. flagship on March 20 on Regent Street. “London has the potential to be a strong market for Banana Republic, and our customers in Europe have expressed a great deal of interest in us bringing the brand here,” said Stephen Sunnucks, president of Gap Inc.

The 17,000-square-foot store, in the former Dickens and Jones building not far from Oxford Circus, will sell men’s and women’s ready-to-wear, accessories and personal products alongside its new upscale label, Monogram. The store interior will incorporate Banana Republic’s clean signature style with the historic architectural features of the building. The statement added there would be an emphasis on customer service. To wit, the store will offer a multilingual concierge and personal stylists, available by appointment.