Turkish fashion designer Rifat Ozbek could be on his way out at Pollini after four years at the Italian label. 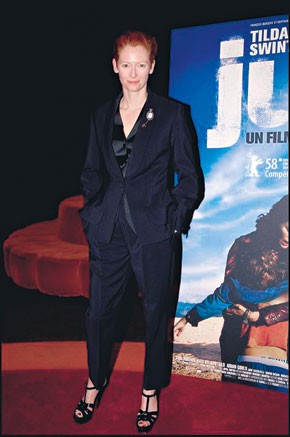 OZBEK OUT?: Turkish fashion designer Rifat Ozbek could be on his way out at Pollini after four years at the Italian label. According to sources, Pollini’s parent company, Aeffe SpA, is looking for a new creative director of ready-to-wear and is in talks with possible replacements. An Aeffe spokesman declined to comment on the speculation Tuesday. Ozbek produced his first rtw collection for Pollini, which is known predominantly for shoes and leather accessories, in February 2004. Aeffe SpA, which listed on the Milan Stock Exchange STAR segment for small companies in July, also operates the Alberta Ferretti and Moschino brands and produces collections for Jean Paul Gaultier. Pollini contributed 18 percent of Aeffe SpA revenues in 2007.

VERSACE BELLS: A little over a month after Nicolas Sarkozy tied the knot with Carla Bruni, the French president’s ex-wife, Cecilia Ciganer-Albeniz, will wed Richard Attias this month in New York. And Donatella Versace will dress the bride, according to sources. Ciganer-Albeniz will don a long evening gown by the designer, the groom will wear Versace, as will the wedding party. Versace officials were unreachable to comment.

RED LABEL: “I’ve been around alcoholics all my life,” Tilda Swinton, wearing an Yves Saint Laurent smoking and swilling Champagne, said at the Paris premiere of “Julia” Monday night. In the movie, she plays an alcoholic who loses it to the point of kidnapping a child for money. Fresh from her Oscar for best supporting actress in “Michael Clayton,” Swinton delivers an intense performance in a physical role, but said the biggest challenge was driving the beat-up old cars. French director Erick Zonca filmed the thriller between Los Angeles and Mexico. Swinton also will be seen this year in “The Chronicles of Narnia: Prince Caspian,” and “Burn After Reading,” which is expected in Cannes.

RETRO REDUX: Lou Doillon’s collaboration with denim label Lee Cooper is her latest fashion project, but styling is old hat for the model and girl-about-town. “When she was 12 years old, she went into a children’s store and put on a dress over pants and a top hat,” recalled her mother, Jane Birkin, at Lee Cooper’s party at Laperouse Sunday night. “The store then copied her look and put it in their windows.”

Doillon, who sported a top hat and tails for the evening, certainly has a lighthearted take on sartorial affairs. “Fashion can take itself too seriously,” she said with a smile. “I wanted to take it more lightly.”

MILANO-WOOD: After Clive Owen and Naomi Watts upped Milan’s celebrity status last fall when they shot scenes for “The International” around town, the city and the Lake Como shoreline are back in the limelight, this time for director Richard Eyre’s adaptation of Bernhard Schlink’s novel, “The Other Man.” Antonio Banderas, Liam Neeson and Laura Linney just landed in Milan, where the cameras will whir in such distinctive landmarks as the Galleria Vittorio Emanuele and the artsy Brera area. Prior to Milan, they filmed in and around Villa D’Este, the storied hotel on Lake Como. The plot centers around Peter (Neeson), who is convinced his wife (Linney) cheated on him and seeks out her lover (Banderas). But since all work and no play makes Jack a dull boy, the cast soaked in Leonardo da Vinci’s “Last Supper” on Sunday and on Tuesday got a kick out of a very Italian experience — watching a soccer match. The threesome headed to Milan’s San Siro stadium to cheer the city’s AC Milan team playing against Arsenal in the Champions League.

COLD FRONT: Industrial designer Marc Newson took in a few fashion shows in Paris amidst numerous projects. Newson revealed that he’ll be presenting the fruits of a collaboration with appliance giant Smeg in Milan next month, and that he also recently hooked up with Swarovski for a commercial project due for the end of the year. “Let’s just say it’s an optical project,” he said.

ALE’S WELL: Mark Morris helped make his friend and collaborator, Isaac Mizrahi, a beer-drinking man — but it was all in the name of work, of course. The pair’s latest effort can be seen in New York City Opera’s production of Henry Purcell’s “King Arthur,” when it bows tonight. As co-chairs, they surely will raise a mug for honoree and City Opera board member Edmée de M. Firth at the spring gala. “I never liked beer before I started working on ‘King Arthur,'” said Mizrahi. “Just being in London [where the opera made its debut] and [the fact that] Mark is a big beer lover made me start drinking it — only to discover that it is practically the most fattening thing you could have. What’s funny now is I love beer and I drink light beer.”

Mizrahi was sparing when it came to designing the cast’s attire. The designer said he thought of the costumes along the same lines as the nearly bare sets, which he described as “not even postmodern.” Act 2 presents his favorite tableau, a pastural scene with shepherds and locals lolling on rolling hills and dressed in pastiche costumes, including 17th-century-type plumed hats, Fifties-inspired children’s tabards and opera skirts that look like they reference track pants that can be found on 14th Street. There’s a good chance some of this will work its way into Mizrahi’s commercial designs. “It’s hard to take oneself out of what one does. Everything influences each other,” he said.

TO THE MAX: Max Minghella — actor and son of director Anthony — is ready for his close-up. At a dinner following a private New York screening of Minghella’s latest flick, “Elvis and Annabelle,” the thespian discussed his upcoming gig in an epic directed by Alejandro Amenábar (“The Others”). He left Monday for the four-month shoot in Malta. “I’ve never done a film this big before,” the Brit said. “I’m very nervous.” Minghella just wrapped “Hippie Hippie Shake,” with Sienna Miller.

Also on hand at the dinner was Minghella’s “Elvis and Annabelle” co-star, Blake Lively, on hiatus from “Gossip Girl.” As Lively revealed before the curtain went up, the film (a quirky romance that involves, among other things, beauty pageants and necrophilia) was shot in just 24 days. “It was a f—ing nightmare,” said Minghella. “I’d be shooting a scene in one room and Blake would be shooting a scene in the room next door.”