Intrigue continues to roll on at Valentino Fashion Group. While the takeover battle for the company continues, so does an under-the-radar search for an eventual successor to Valentino. 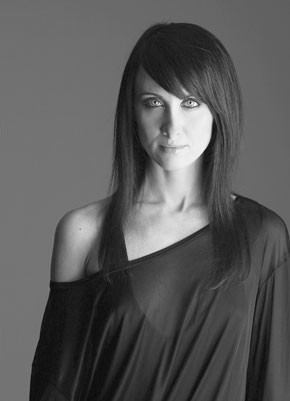 RED HEAD?: Intrigue continues to roll on at Valentino Fashion Group. While the takeover battle for the company continues, so does an under-the-radar search for an eventual successor to Valentino. According to sources, talks have reached an advanced stage with Alessandra Facchinetti, best known for succeeding Tom Ford as Gucci’s women’s ready-to-wear designer for two seasons following his exit from the Italian group. More recently, Facchinetti has been a consultant to Moncler for its fashion-driven Gamme Rouge collection. The sources said it’s not yet a done deal, and the picture remains cloudy now that equity fund Permira, which agreed to buy a 29.6 percent stake of Valentino Fashion Group and is negotiating to buy another 24 percent chunk, has yet to lay out its strategy. Facchinetti did not return calls Thursday and Valentino officials could not be reached for comment.

DIOR’S NEW MUSE: Self-described “makeup girl” Tinsley Mortimer already considers Dior’s new Ultra-Gloss Reflect lip gloss one of her favorite beauty products. Now the socialite is wearing a new hat — that of Dior Beauty Ambassador in the U.S. “Ms. Mortimer has long been a supporter of the brand,” Dior Beauty stated, noting the Girl-About-Everywhere was in the front row at the recent Dior Cruise collection show in New York. “Her unique combination of style, visibility and nonstop energy will help round out Dior Beauty’s roster of bold-face names, including Sharon Stone and Charlize Theron.” As a beauty ambassador, Mortimer will offer ideas to Dior Beauty’s U.S. marketing team and celebrity makeup artist Pati Dubroff, host selected Dior Beauty events and help launch products. Plus, presumably, get plenty of free ones.

ROYAL ACCLAIM: Thanks to artist Candice Breitz, even fans can have their 15 minutes of fame. “I filmed diehard fans of celebrities such as John Lennon in a way that they became the celebrities themselves,” the South African artist said in describing the focus of her recent installations: “Hard-core obsessed fans, the real thing.” Breitz got a brush with a famous royal last Wednesday in Paris when Princess Caroline of Monaco awarded her a laureate of the Prince Pierre of Monaco Foundation. Breitz’s clever and comical video works have been winning international kudos. She was granted 30,000 euros, or $40,200 at current exchange, and her works will be exhibited at the foundation in October.

This story first appeared in the May 25, 2007 issue of WWD. Subscribe Today.

ME, JANE: It was like a family reunion for the Birkin clan Wednesday night at a cocktail to fete a collaboration between La Redoute, Jane Birkin and two of her offspring, Lou Doillon and Kate Barry. Doillon, in a sunflower yellow Alberta Ferretti dress, had to scoot off early to read love letters at the Theatre de la Madeleine. “We’ll soon be taking the gig on tour around Europe and hopefully the United States,” said Doillon, just back from Cannes, where she’d “enjoyed swimming at 6 a.m.” and a whole load of movie stuff. “It’s been a nonstop year for all of us,” sighed Birkin, also just back from Cannes, where she’d premiered her first directing effort, “Boxes,” loosely based on her family history.

FASHION HIGH: It was a packed house on Wednesday night at the High School of Fashion Industries’ 81st anniversary celebration. The school honored designer and alum Tracy Reese, who was presented a designer of the year award from Vogue’s André Leon Talley. “If Valentino had a daughter, she would be Tracy Reese,” he said of the designer. Reese took the stage to thank her staff and congratulate the class of 2007. “I am so thankful for all of the opportunities I have had throughout my life,” she gushed. “I hope that students really embrace their own opportunities and are prepared to devote their lives to fashion.” Joseph Abboud presented a lifetime achievement award to men’s wear industry veteran Jack Herschlag. Following the awards ceremony, students showcased their fashions in a runway show, which Talley gave a standing ovation and promised to become more involved as a mentor to the students at the school.

THIS JUST INN: Word has it the five-star Crillon hotel in Paris will undergo a major refurbishment in coming months. New York-based French architect and designer Thierry Despont, who is best known for the Claridge’s renovation in London and the interior design of the J. Paul Getty Museum in Los Angeles, has been tapped for the renovation, which mostly concerns the lobby and public areas. The iconic hotel belonged to the Taittinger family until it was purchased by the Starwood group back in 2005.