Leave it to Karl Lagerfeld and Chanel to draw a glitzy, international front row to a fashion show in December. 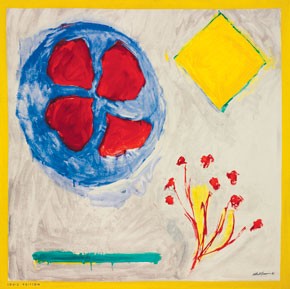 The Standout Fashion Moments From the 2021 NBA Draft

SMOOTH AS SILK: Taking an arty spin on vintage, Louis Vuitton has resurrected a dormant print by the Swiss artist Alberto Giacometti for one of its holiday silk squares, featuring one of three motifs commissioned by the Maeght Gallery in 1960 that were never used. The limited edition line will hit Louis Vuitton flagships shortly, in tandem with the LVMH-sponsored exhibition of the artist’s work, showing at the Pompidou Center in Paris through Feb. 11. Meanwhile, Vuitton is extending its popular “Moscopolis” exhibition, held at its Espace Louis Vuitton, through Jan. 13, the Russian New Year’s Day. Taking its place on Feb. 8 will be “The East Without Borders: From Beirut to Beijing,” inspired by a Silk Route motoring expedition conceived by André Citroën in 1931, dubbed the “yellow cruise.” Work by various multimedia artists hailing from cities explored along the trip will be on display.

CREAM OF THE CROP: If life on the social circuit has proved taxing, the fresh faces of Marjorie Gubelmann, Jennifer Creel and Byrdie Bell suggest otherwise. On Monday afternoon, the ladies lunched at The Carlyle in Manhattan for the launch of Rodial’s Glamatox skin cream. Billed as “the glamorous alternative to Botox,” samples of the product were passed around the table. “You’re Greek, aren’t you?” Creel asked Rodial owner Maria Hatzistefanis. “That must be why you have such amazing skin.”
A determined saleswoman, Hatzistefanis didn’t miss a beat: “No, no, no! It’s the Glamatox,” she claimed.
Overall, the ladies remained tight-lipped about their antiaging rituals. Creel even made excuses for her few wrinkles. “I am embarrassingly behind on my Christmas cards,” she cried.

HAM IN WOLF’S CLOTHING: For his newest creation, Isaac Mizrahi plans to take to the stage narrating “Peter and the Wolf” in the Guggenheim Museum’s theater in New York. Artist Andrew Scott Ross has designed the paper cuttings and sculptures that will provide the backdrop at the Dec. 15 event. Amy Fine Collins and Caroline Cronson are chairing the family holiday benefit for Works & Process. Mizrahi, who plans to wear a Kelly Christy-designed hat, said, “I accepted the project because A: I adore the piece. I’ve always loved it. And B: I’m a giant ham.”

CHRISTMAS AND SPRING: The window installations in Prada’s historical Galleria Vittorio Emanuele II store are the first in a string of one-of-a-kind displays planned for the shop for next year. Right now, the windows feature a festive Christmassy feel with a nod to summer — there’s a huge carillon with a mirrored cylindrical structure and sculptured wood decorations adorned with hand-painted floral motifs that keep rotating thanks to a sophisticated movement. The mannequins ensconced within the music box are clad in Prada’s new spring looks of form-fitting tops over full, high-waisted skirts with floral prints.

JANET BROWN’S FATE: Janet Brown appears to be hanging on by a thread. The chic Port Washington, N.Y., retailer, whose owner died last March of a heart attack, is still being phased out, but the end is in sight. Elaine Edelstein, Brown’s sister who is handling her affairs, said Tuesday that the store is still operating (although on a very sporadic schedule) and she’s still selling off all the fall merchandise, but no new orders have been coming in. Clothing racks with reduced merchandise lined the sidewalk last weekend. Edelstein, who has been commuting from Philadelphia, said she doesn’t plan to remain open in the new year.