The independent showcase platform presents five impressive Chinese fashion brands, which have a distinctively different tone from the Shanghai crowd. 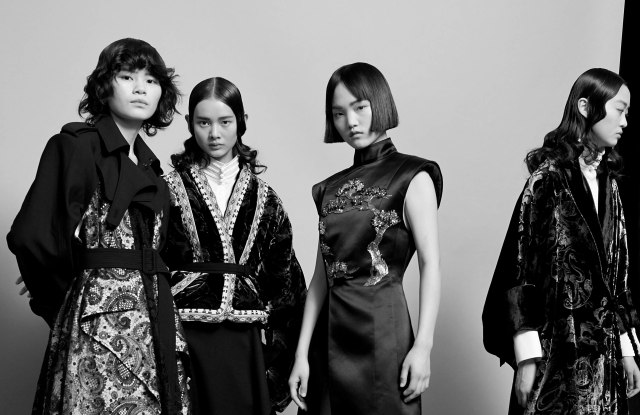 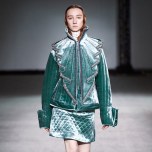 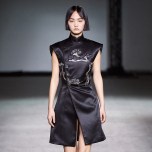 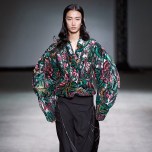 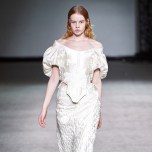 BEIJING — A group of designer brands has chosen to show as a collective with the independent fashion showcase platform, Fashion Now, at Dreamland Art Space inside Beijing’s Four Seasons Hotel on March 20 to 21.

Founded in 2013 by Yilan Jiang, former deputy fashion feature director of Vogue China, and Sisi Ma Fashion Now provides an alternative solution for designer brands that want to be seen in a more curated setting, as the official calendar in Beijing is often bogged down with uninspiring brands, political influence, and lacks the power to attract top buyers and editors.

Jiang said the intention of launching Fashion Now is to “set the bar high on physical and metaphysical levels. I want to provide quality designers and brands with a platform and space to showcase their creations, and we grow with them along with the way.”

Cheung has been a supporter from the beginning. “The designers they choose are very good quality, and the show production is very delicate and serious. We support them every year. I think it is very rare that they don’t follow the trend, insist on an independent operation, and choose designers according to their own eyes,” she said.

M Essential, designed by the Tianjin-based Muki Ma, showcased a poetic collection inspired by the “promised land,” Israel, and its rich culture, referencing the region’s women’s style and its history. Rose-printed fabric was developed by the designer and was specially made in Italy and Japan.

“Good media exposure aside, Fashion Now provides me with emotional support in a way that I don’t need to follow any big establishment. I get to do things my way at my own pace,” Ma said.

Tommy Zhong and Jennifer Nelson, who are behind the London-based Tommy Zhong, looked to modern artists such as Man Ray and Gerhard Richter for mood, and used Pop Art images of sculptures to boost the playfulness of their fall 2019 collection. The show included wide-collared shirts and a well-constructed beige coat with colorful ostrich feathers on the edge.

“I see a great potential of the brand going big on commercialization. The new collection shows a delicate balance between personal style and wearability. It is rare to see a young designer brand that can communicate clearly with the customer,” said Ian Huang, buyer of HCH in Wuhan, who traveled to Beijing for Fashion Now to scout new labels for its seven multibrand stores.

“The flowing colorful feather looks are likely to become the favorite for our store’s customers. While the combination of black and white prints and colorful wavy dots expand the product offering to a wider audience,” said Grace Li, buying director of Wshien, a store in Changsha.

Sans Titre, designed by Jumbo Tsui and Jiazheng Xu, presented a 50-look coed show with a lineup of well-known models, including Shujin Zhou, Yunxiang Hao and Hu Bing. Accompanied by aquatic show music, the show told the story of a fisherman and an albino sperm whale. Zhou opened the show in a white satin gown covered by a giant loosely knitted veil resembling a fish net.

“This collection is my philosophical observation and comment on the relationship between designer and consumer, as I was drawn to the dynamic between the whale and the fisherman,” said Tsui, whose men’s wear pieces hinted at a strong Japanese influence, including a white obi belt and long pleated skirts, while the women’s wear pieces had a more elegant touch with draped fabric and an elongated silhouette.

Hu, who closed the show with a white fur coat, said: “I love this season’s designs. I find it intelligent and well-executed. It has been a while since my last catwalk show in China and I was feeling a little nervous as my expectation was super-high.”

Nomanoman, designed by Elsa Ling, is the latest addition to the Fashion Now platform. This Shanghai-based Parsons The New School graduate worked at Proenza Schouler and Uniqlo before launching her brand in 2018. The designer said she chose the brand name as it offers an alternative to describe gender. It belongs to neither man, nor woman. Her fall collection was a tribute to the LGBTQ community and a study of denim fabric. Tight acid-wash jeans and oversized neon color corduroy shirts looked great with faded green hair and brow-piercing.

“What’s interesting about her is that she brings a younger appeal to the designer mix at Fashion Now. I particularly enjoy her acid denim pieces. They are very cool and got a sense of butch to it,” said Jiacheng Guo, deputy editor of Wallpaper China.

Chris by Christopher Bu, a celebrity stylist and designer, closed Fashion Now with a star-filled front row and a big collection featuring some of the most wearable pieces. Actress Yuqi Zhang, Ran Chen, Jingchu Zhang and singer Wenjie Shang and many influencers attended the show.