Case in point: Dior’s spring 2021 runway saw its latest crasher, a woman holding a yellow banner painted with the words: “We Are All Fashion Victims.” The disruption made guests and even LVMH’s top executives question if the protest was done on purpose, given the fact that the design house’s creative director of women’s wear, Maria Grazia Chiuri, has regularly used her runways to convey a message.

The disruption, however, was not Chiuri’s doing, but backed by the climate action group Extinction Rebellion.

A spectator dressed in a tweed, Chanel-like suit and flat-topped hat shook things up at the Chanel spring 2020 runway show when she inserted herself in the model lineup during the finale walk.

Before any security guards could take action, model Gigi Hadid took it upon herself to escort the crasher off the runway. Hadid was seen calmly putting her hand on the crasher’s shoulder and walking her to the backstage area.

The crasher was later identified as Marie Benoliel, also known as Marie S’Infiltre, a comedian and YouTuber who had crashed another runway earlier that week at the Etam show. 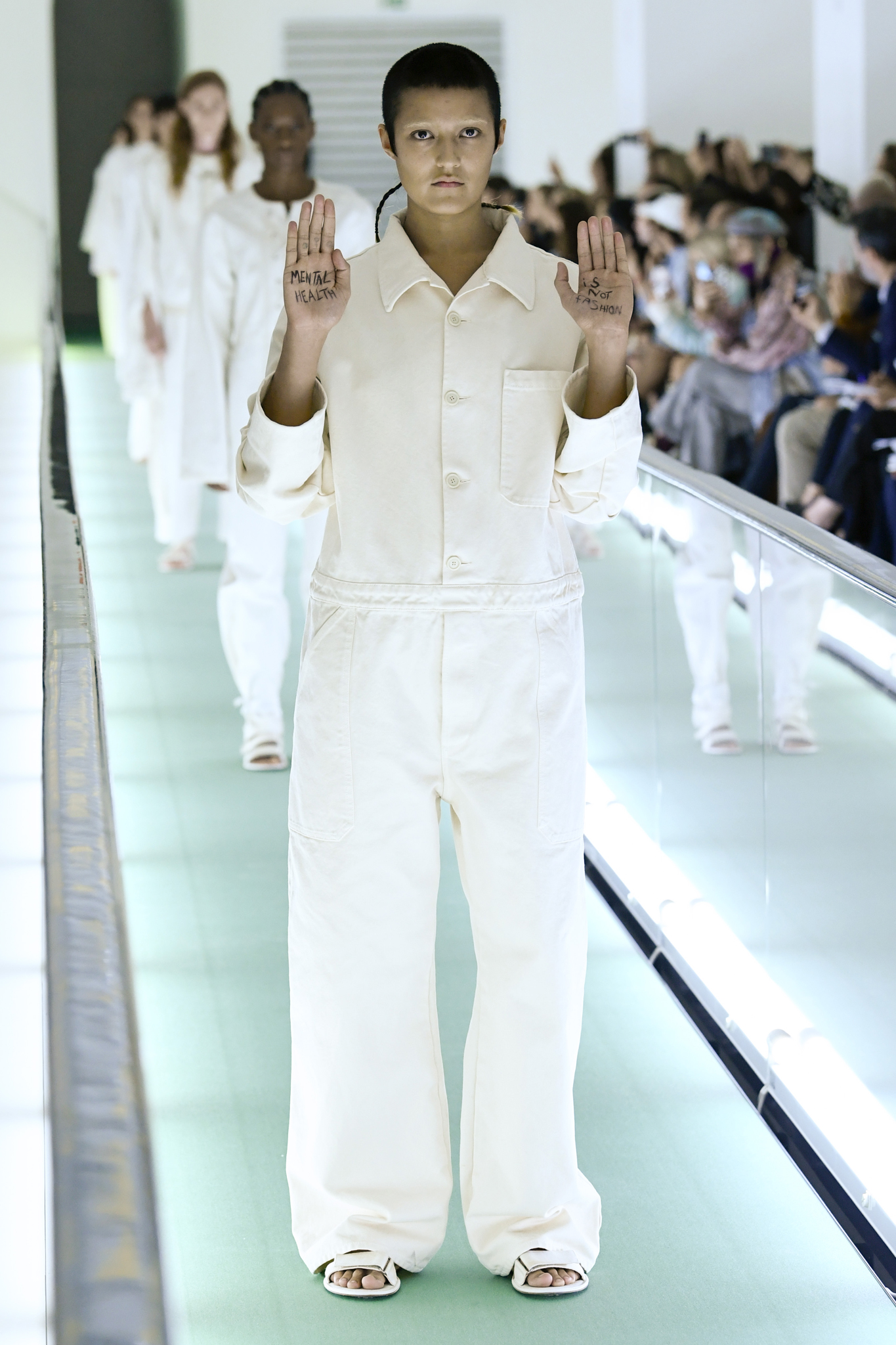 While not technically a runway crasher, model Ayesha Tan-Jones made headlines when they walked the Gucci spring 2020 show and held up their hands to show the message, “Mental health is not fashion.”

The protest was spurred by the fact that Tan-Jones — who identifies as nonbinary — was among 21 other models who sported Gucci looks that resembled straightjackets while walking down a catwalk that looked like a conveyer belt.

“I chose to protest the Gucci S/S 2020 runway show as I believe, as many of my fellow models do, that the stigma around mental health must end,” they wrote in an Instagram post. “It is in bad taste for Gucci to use the imagery of [straightjackets] and outfits alluding to mental patients, while being rolled out on a conveyor belt as if a piece of factory meat. Presenting these struggles as props for selling clothes in today’s capitalist climate is vulgar, unimaginative and offensive to the millions of people around the world affected by these issues.”

3. A Cat on the Dior Catwalk

Dior’s resort 2020 show in Morocco was a literal catwalk, thanks to a stray cat that made its way onto the runway. The cat joined models as they took their finale walk, strutting in the opposite direction amid the runway’s fiery backdrop of candles and flaming braziers. 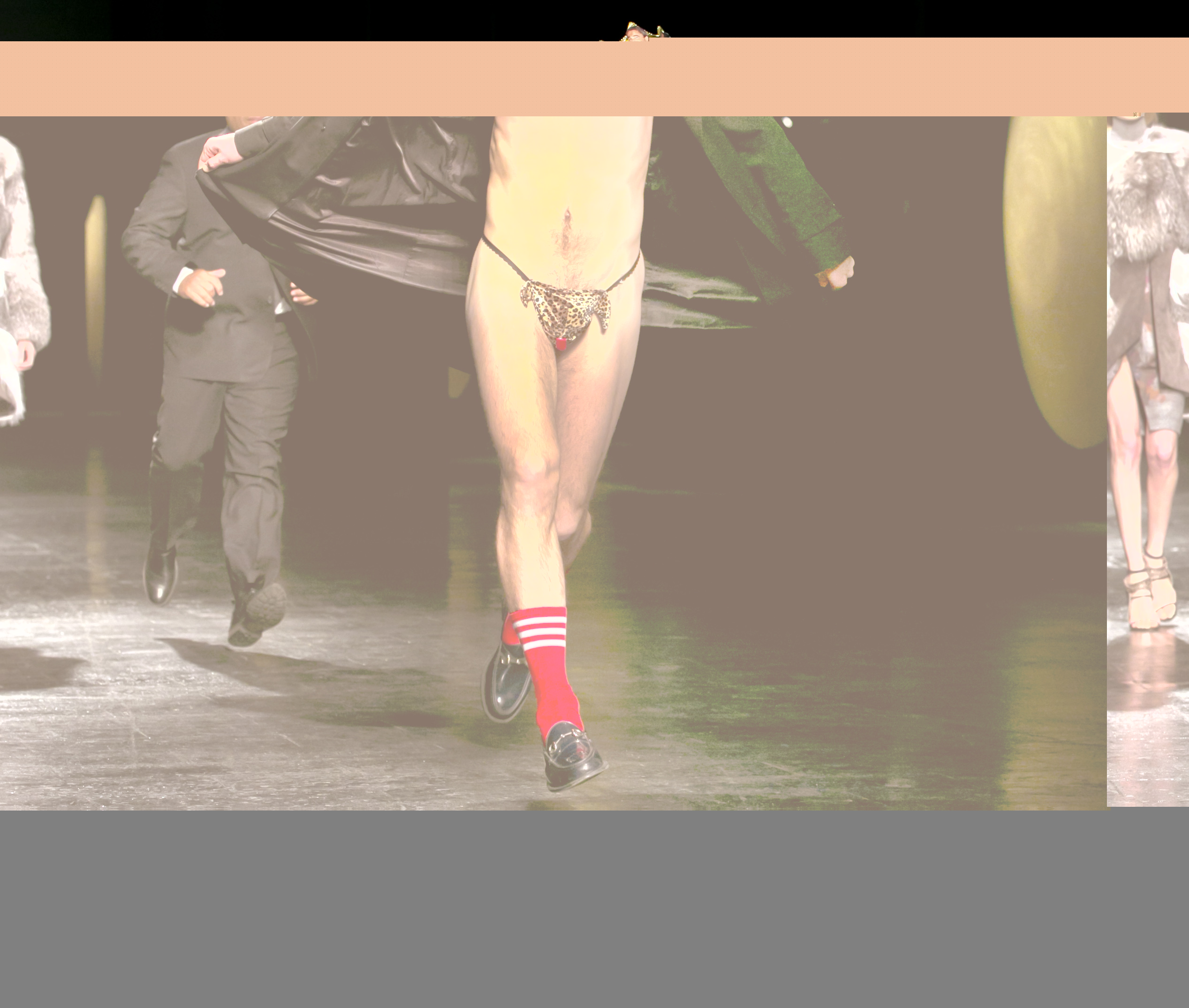 Prabal Gurung’s fall 2014 show took an unexpected turn when a man dressed in an open black trench coat, crown and leopard-print thong ran onto the runway. The streaker was eventually escorted off the runway by security guards and arrested for trespassing.

The streaker was identified as Vitalii Sediuk, a Ukrainian reporter who has a history of pranking, harassing and sexually assaulting celebrities like Will Smith, Gigi Hadid, Kim Kardashian Brad Pitt, Miranda Kerr and many others. 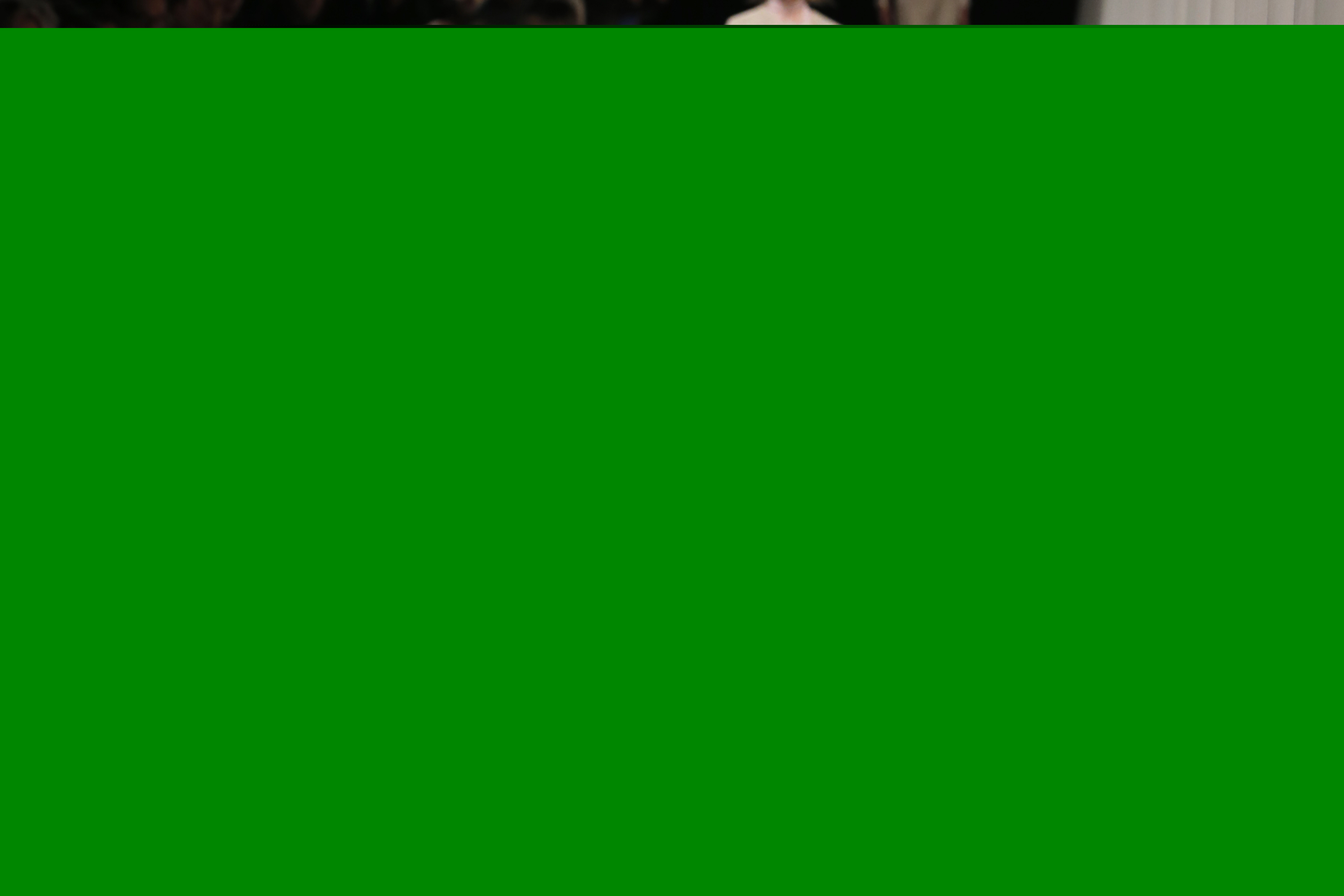 Nina Ricci’s spring 2014 runway show was crashed by two topless women who had the words “models don’t go to brothels” and “fashion dictaterror” written on their bodies.

The women were part of Ukrainian feminism activist group Femen, which regularly organizes topless protests to advocate for women’s rights. The group has also protested at Versace’s fall 2013 runway show and during a live taping of Germany’s Next Top Model, which was hosted by Heidi Klum. 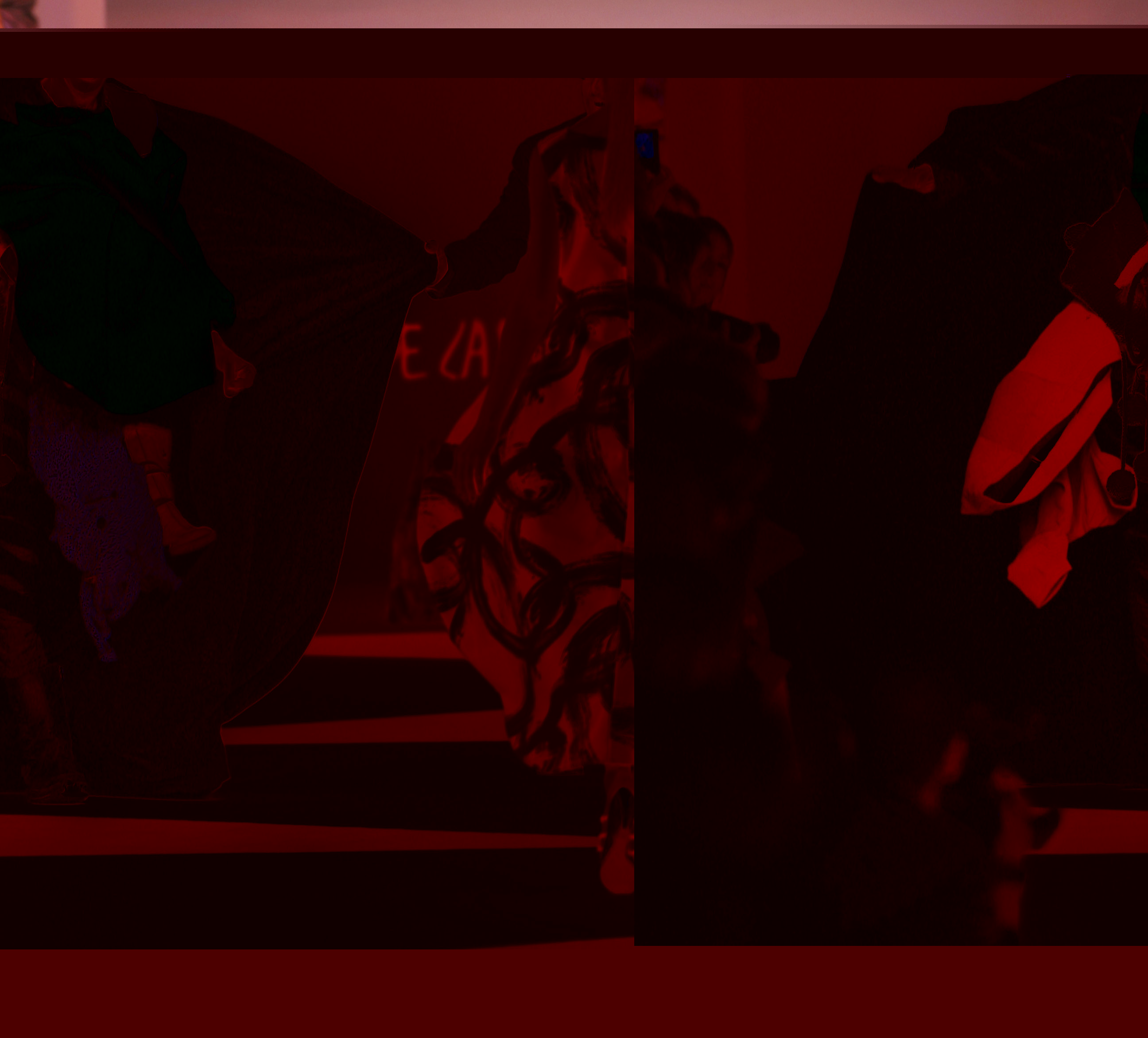 Actor Sacha Baron Cohen, best known for his eccentric characters like Borat and Ali G, crashed two runway shows in 2008 as the titular character in his “Bruno” movie, which he was filming at the time.

Baron Cohen first crashed the Ágatha Ruiz de la Prada spring 2009 show, where he wore a Velcro suit with several garments and shoes attached to him. The actor was escorted off the runway and arrested.

The following week, Baron Cohen crashed Stella McCartney’s show, sitting in the audience dressed in a leather jacket and jeans with a red thong poking out, according to British Vogue.

PETA has made several protests during fashion week over the industry’s usage of fur, including the Dior fall 2003 show where a protester jumped onto the stage with a sign that read “Fur Shame.” The protester was pulled off the stage by security guards.

Gisele Bündchen has had many appearances at the early Victoria’s Secret lingerie fashion shows, but one of her most memorable walks happened in 2002 when the model was ambushed by PETA protestors as she modeled a red and black lingerie set.

Bündchen was joined by four protesters holding signs that read “Gisele: Fur Scum,” referencing the deal she had recently made with the mink fur farming company, Blackglama.

Despite the disruption, Bündchen continued her walk as security guards rounded up the protesters.

The Biggest Fashion News Stories of 2020 — So Far