"We want to build a brand about what Americana could be in the future, and do that through light and apparel," said Asia Hall.

With the Coachella and Stagecoach music festivals canceled this spring because of the pandemic, Neon Cowboys, maker of colorful, battery-powered, light-up glow hats, LED cactus earrings and other accessories catering to the party crowd, was facing a 90 percent drop in monthly revenue.

The brand needed to pivot, and fast. Enter the glow face mask, now selling for $38 on the Orlando, Fla.-based brand’s e-commerce site.

“It’s been crazy with the pandemic figuring out how we could make something the customer wanted to buy that would feel useful at this time,” said brand chief executive officer Asia Hall (whose father is L.A. fashion designer Kevan Hall). “We thought, maybe if we can make masks that glow, they will last through the pandemic to the next festival season, whenever that is. And customers have been loving them to a degree we weren’t expecting.”

Hall got into the hat business in 2014, shortly after college, when she transformed 13 plastic-injected ice buckets into her first prototypes. “I was attending a lot of country music festivals at the time. I noticed everyone was wearing Daisy Dukes, cowboy boots and cropped tops. I loved the culture but was sticking out as a minority, and wanted something that represented L.A. and was more modern.”

Sadly COVID-19 has negatively impacted our business since January. Please donate to our GoFundMe for #SmallBusinessRelief. We want to GLOW with you this Festival Season 🤠🙏🏾💡🕊️ (link in bio) XO Your NeonCowboys, Asia + Andy . . https://www.gofundme.com/f/help-the-small-business-neon-cowboys-from-COVID19 . . PS. Please share this with everybody & anybody (and stay safe) 🙌🏾✳️⚡

“I knew neon wire was already on the market, and thought like a neon sign you see to find the bar, which is such a symbol in country music, that could be a hat,” she said of the designs (she’s sold 10,000 and counting) that have been worn by Kacey Musgraves, on HBO Max’s “Legendary” ballroom culture competition show and more.

The blue and pink face masks use fiberoptic fabric, are USB rechargeable, have multiple light settings and are washable and water-proof. “We sold out of our preorders,” said Hall. On Juneteenth, she released black glow masks, with profits split between the Grassroots Law Project and Digitalundivided, which offers mentorships for Black and Latino female business owners. “Last month, during the time of applying for grants and PPE [personal protective equipment] loans, we actually received $100 from them, and it was comforting being seen in that way,” she said. “So we wanted to give a moment of encouragement to them.”

Hall is also seizing the moment to work on some neon protest signs. “A fist with a lasso and rainbow, that would be more of an art piece,” she said. “We are having conversations with our customers. There is so much to be said in the country space, and we realized we do have more of a voice than I thought, especially among Millennials. Neon Cowboys is a brand born out of me trying to find my identity as an American, and we have a considerable LGBTQ following, too. We want to build a brand about what Americana could be in the future, and do that through light and apparel.” 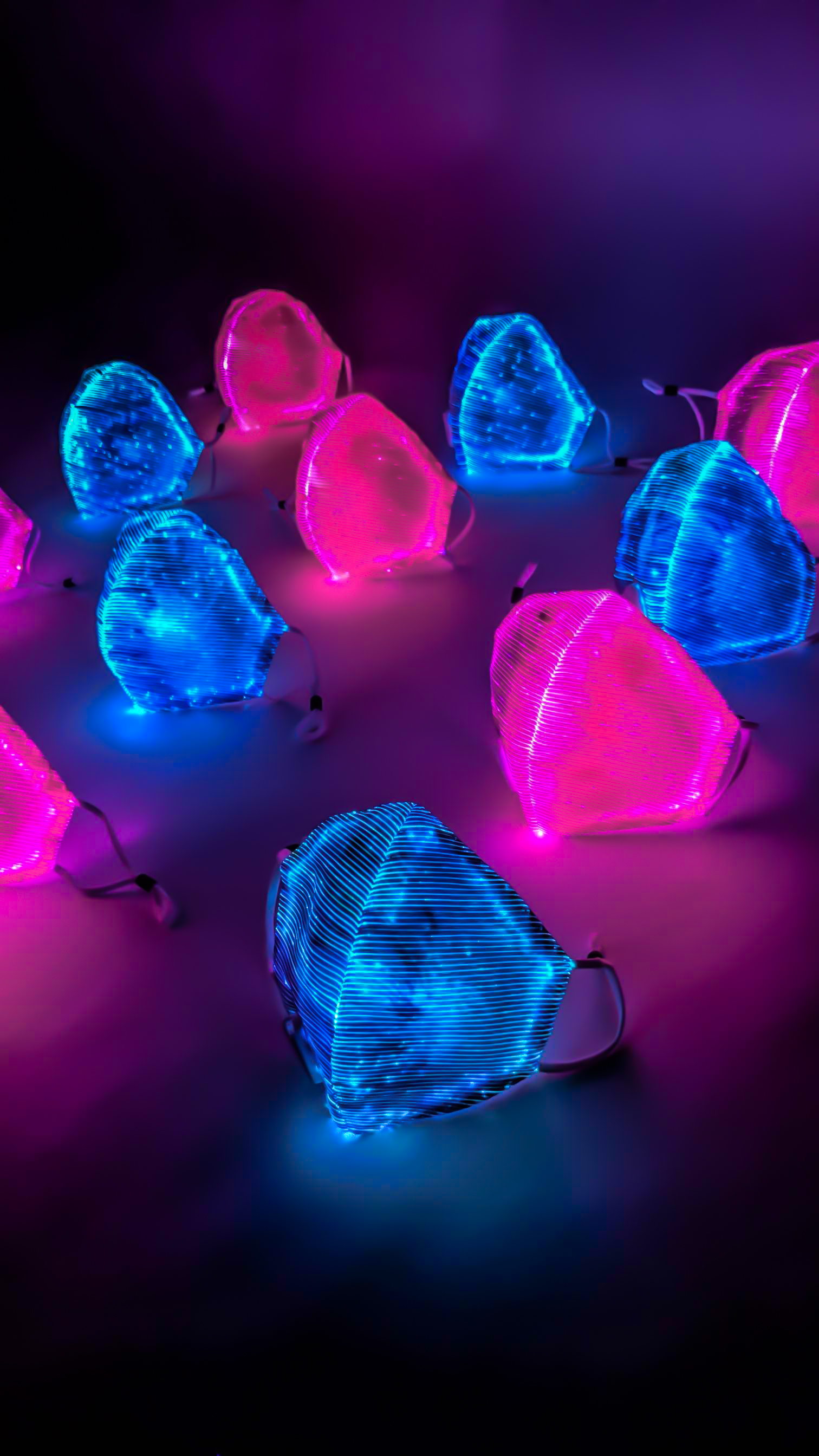