The Fashion Weeks and Major Events Disrupted Because of Coronavirus

The outbreak’s effect on the industry continues.

As the coronavirus outbreak spreads, so too its effect on the fashion industry.

The virus hit Italy in the midst of Milan Fashion Week late February, causing many designers to rethink how they’d present their fall 2020 collections. Giorgio Armani, for one, barred a public audience at his runway show, later posting a video of the collection shown in an empty theater.

The virus continues to have an adverse effect on design houses, many of which have had to cancel or postpone their international resort 2021 shows. The Fédération de la Haute et de la Mode, France’s governing fashion body, has taken further steps and canceled the upcoming Paris Men’s Fashion Week and Couture Week this summer due to the pandemic.

Events are also not immune to the effects of the COVID-19 outbreak. A number of major gatherings — including Coachella, the CFDA Awards and the Met Gala — have already been canceled.

Here, WWD compiles a list of the fashion weeks and major events canceled or disrupted because of the COVID-19 outbreak. 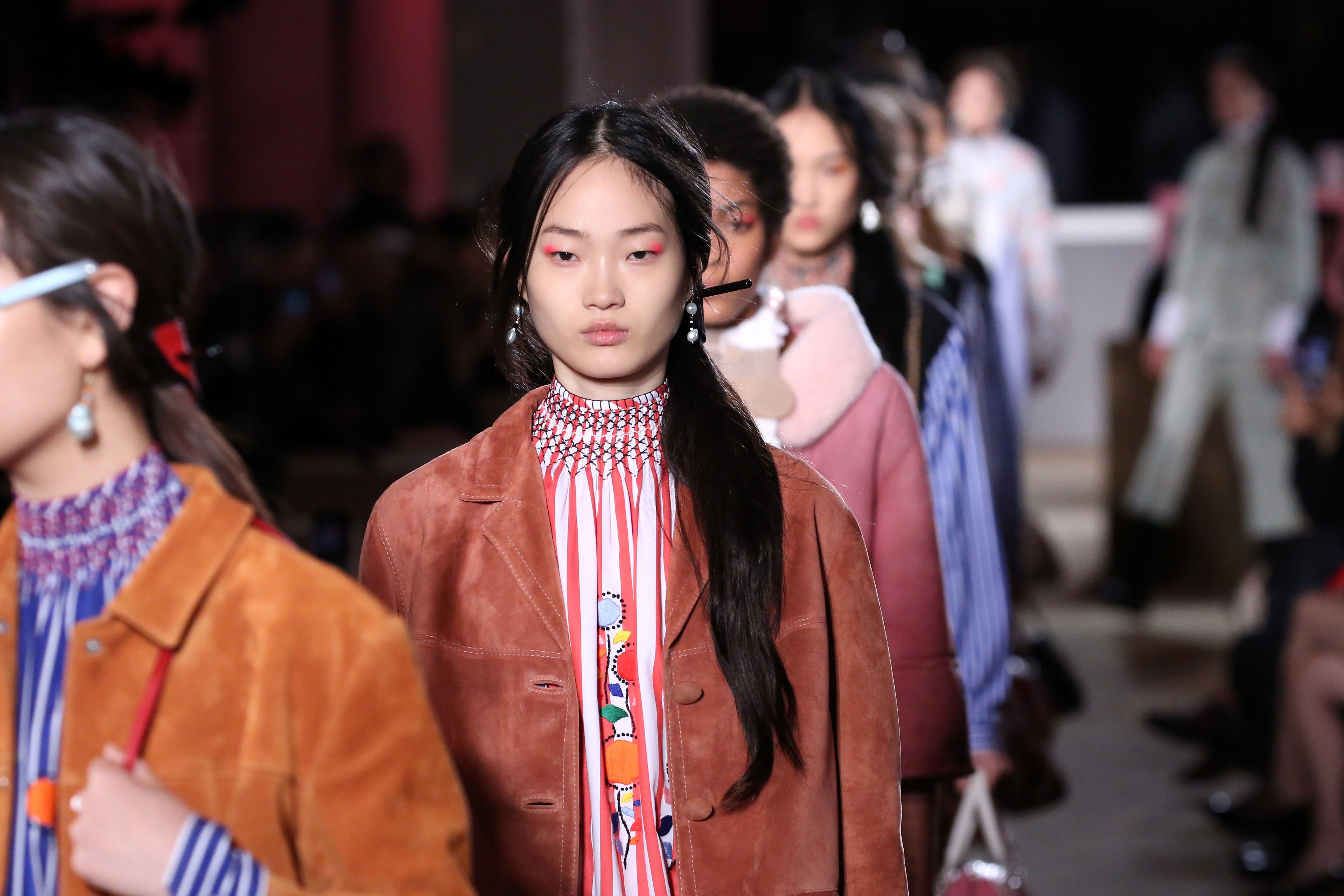 The Council of Fashion Designers of America announced on March 27 that New York Fashion Week Resort 2021 will be canceled.

Australia Fashion Week has canceled its 25th anniversary edition. The event was slated to debut resort 2021 collections from May 11 to 15 at Sydney’s Carriageworks venue.

The designer house revealed on March 5 that it is postponing its cruise 2021 show in Dubai, which was scheduled for April 19 and 20. The show was meant to coincide with the reopening of the Giorgio Armani boutique at the Dubai Mall. It is now postponed for November.

Chanel has canceled its cruise 2021 show in Capri, Italy on May 7. The design house instead showed its collection virtually on June 8.

Dior has indefinitely postponed its resort 2021 show in Italy on May 9.

Gucci revealed on March 2 it has canceled its resort 2021 show in San Francisco on May 18.

Hermès has canceled its resort 2021 show in London on April 28.

Max Mara has canceled its resort 2021 show scheduled for May 25 in St. Petersburg.

Prada is postponing its resort 2021 show, scheduled for May 21 in Japan.

Versace has postponed its co-ed cruise 2021 show scheduled for May 16 in the U.S. 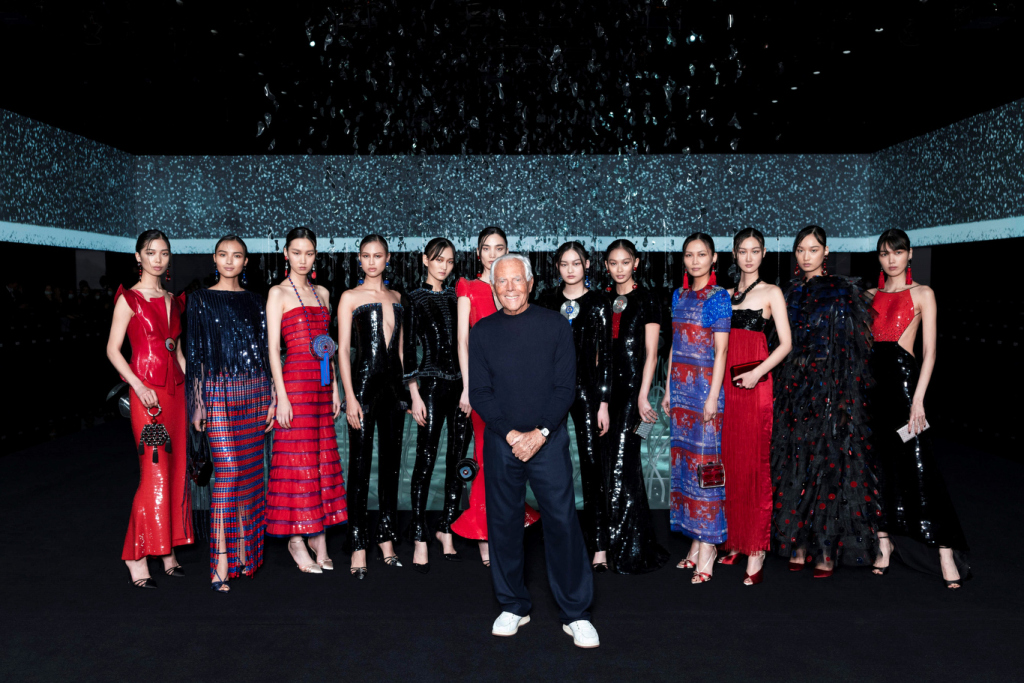 Giorgio Armani responded to the virus hitting Italy by barring a public audience at his fall 2020 runway show on Feb. 23, instead presenting the collection in an empty theater and posting videos of the show on the brand’s web site and social media platforms.

The British design house is postponing its fall 2020 runway show in Shanghai, which was scheduled for April 23. The show was meant to debut exclusive pieces made for the region.

Ralph Lauren has canceled his upcoming fall 2020 fashion show scheduled for April in New York. The designer had skipped out on February’s New York Fashion Week, instead revealing he would show the upcoming collection at an unspecified time in April.

The designer canceled her fall 2020 presentation on March 1 during Paris Fashion Week, instead holding appointments in mid-March in New York City.

Other Shows and Fashion Weeks: 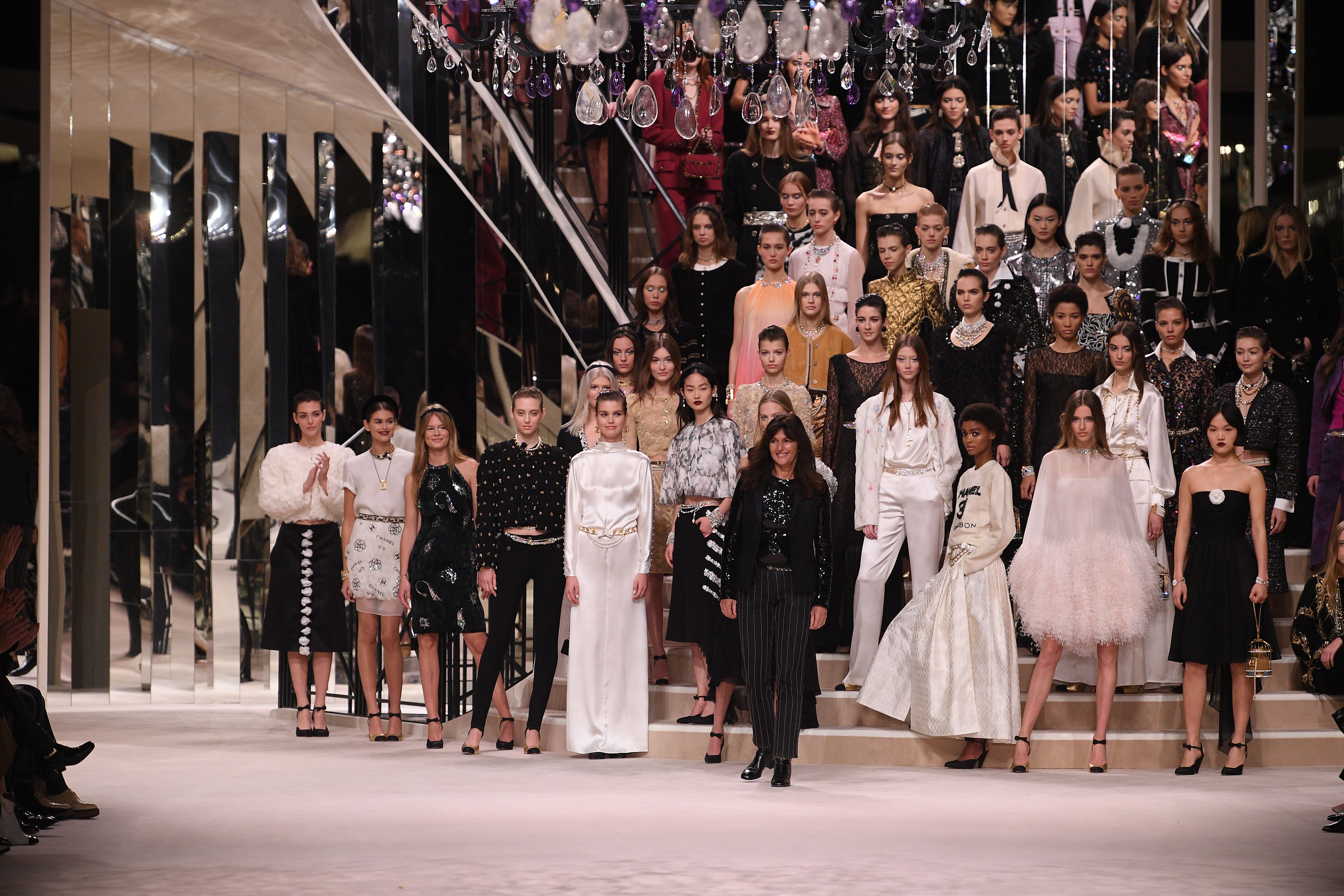 Copenhagen Fashion Week is going forward with its spring 2021 showcase from August 9 to 12. The decision was based on Denmark relaxing its lockdown due to the COVID-19 pandemic.

Gucci is changing up its fashion week model in wake of COVID-19. The designer house will be postponing its spring 2021 show in September and decreasing its number of yearly shows from five to two. Gucci’s forthcoming collections will also be season-less.

Saint Laurent will no longer be showing during Paris Fashion Week and will instead by setting its own pace for its collections. The decision is a response to the COVID-19 pandemic and how it’s impacted the business.

The federation announced on May 6 that it is going forward with its first ever digital fashion week from July 9 to 13 for the men’s spring 2021 season. The online showcase will be hinged on films and videos. The news comes just shortly after Milan announced a similar online fashion week.

London Men’s Fashion Week, which was planned for June 13 to 15, is now going digital.

The British Fashion Council also announced it will be merging men’s and women’s shows into one “gender-neutral platform.” The first iteration of this will be shown during the digital shows in June.

Italy’s Camera Nazionale della Moda announced on March 27 that its Milan Men’s Fashion Week for the spring 2021 season will be shown during fashion week in September along with the women’s collections.

Milan’s Men’s Fashion Week was originally scheduled to run from June 19 to 23 and will now be presented during Milan Fashion Week from Sept. 22 to 28. The decision was made in light of the COVID-19 pandemic.

On May 6, Camera Nazionale della Moda Italiana announced it is hosting Milano Digital Fashion Week from July 14 to 17 showing men’s spring 2021 collections. The online showcase will include films and videos from runway shows behind closed doors, backstage images of ad campaigns or interviews.

Helsinki Fashion Week’s upcoming July edition is going virtual. The event was already slated to be eco-friendly, with sustainable fashion designers being paired with 3-D designers to create the collections.

The CFDA released a statement on March 13 on the upcoming New York Bridal Week — which is scheduled for April 16 to 20 — stating the council advises all participating brands to postpone or reformat their live shows and presentations digitally.

The council also stated that it will promote these designers via digital lookbooks on its web site for retailers, editors and others in the bridal community to view.

The design house announced on Feb. 17 that it is postponing its restaging of the Métiers d’Art show in Beijing, scheduled for May. The collection was originally presented in Paris on Dec. 4.

Chanel has also canceled a restaging of the show in London on June 4.

Beijing Fashion Week — scheduled to run from March 25 to 31 — has been postponed.

São Paolo Fashion Week has canceled its spring 2020 edition. It was scheduled to run from April 24 to 28.

Shanghai Fashion Week, which was meant to begin on March 26, has been postponed.

Organizers are now partnering with Alibaba’s Tmall to create an online platform for designers and brands to present their fall 2020 collections from March 24 to 30.

Tokyo Fashion Week organizers announced on March 2 that the event would be canceled. The fashion week was scheduled to run from March 16 to 21.

The third edition of Vegan Fashion Week in Los Angeles on April 4 has been canceled. Organizers hope to reschedule the event for October. 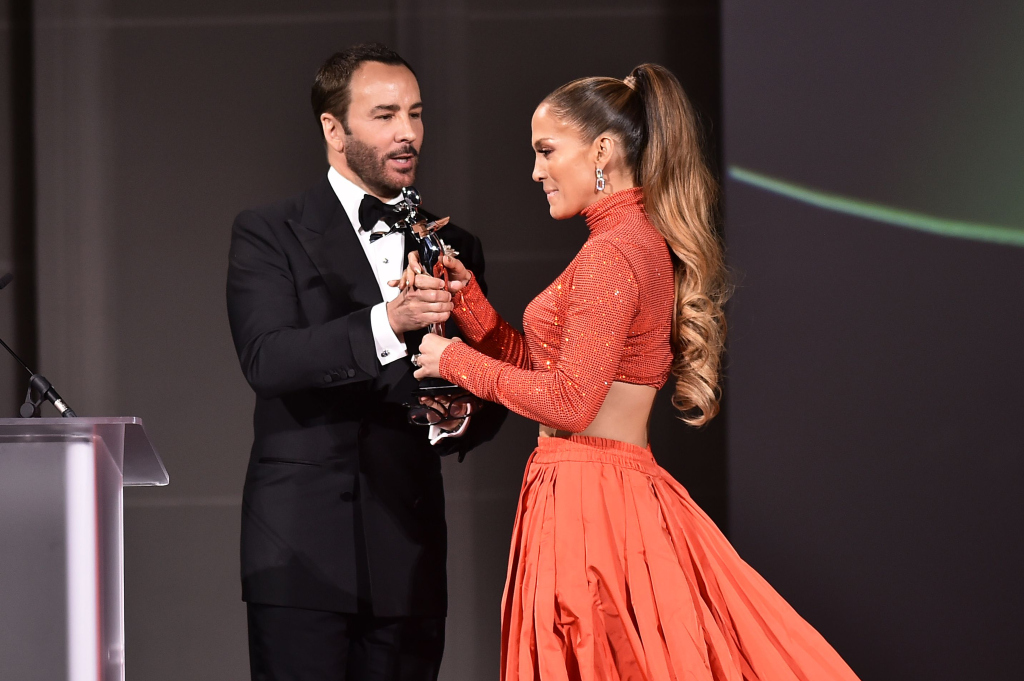 The CFDA announced on March 18 that it is canceling its upcoming CFDA Awards, which would have been hosted at the New York Public Library on June 8.

Vogue editor Anna Wintour announced on March 16 that the Met Gala — scheduled for May 4 in New York — will be postponed indefinitely due to COVID-19.

“One day that will not arrive on schedule will be the opening of the Costume Institute’s exhibition, ‘About Time.’ Due to the unavoidable and responsible decision by the Metropolitan Museum to close its doors, ‘About Time,’ and the opening night gala, will be postponed to a later date,” she wrote in a piece penned for Vogue.com. “In the meantime, we will give you a preview of this extraordinary exhibition in our forthcoming May issue.”

Wintour did not reveal a new date for the gala. The “About Time” exhibit will now debut in late October.

These Fashion Industry Leaders Are Raising Funds to Fight Coronavirus

Which Events Have Been Canceled Because of Coronavirus?