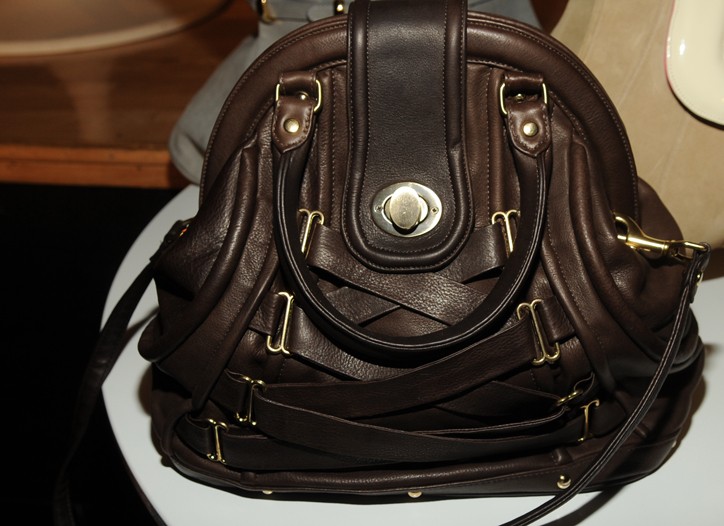 SECOND HAND: Alexander McQueen, which recently named Sarah Burton creative director in the wake of the founding designer’s death, also has tapped another key talent, WWD has learned. Pina Ferlisi — who has been creative director of Generra and held senior design posts at Coach, Gap and Marc by Marc Jacobs — has been named creative director of McQ, the licensed secondary line for which the Gucci Group-owned house has big plans. It is understood Ferlisi will work under the creative leadership of Burton.

TATTOO YOU: Milan’s runways have been full of bare torsos — including heavily tattooed models given prime exposure at shows from Versace and Emporio Armani to Dsquared. And the ink will continue to flow as men’s week in Paris gets under way. On Friday, Stefano Pilati plans to unveil a short documentary-style film ahead of his spring Yves Saint Laurent show. It’s by Dutch photographer and filmmaker Ari Marcopoulos and the subject is legendary Los Angeles tattoo artist Mark Mahoney.

Prizes included the creation of a limited edition bag under the Kate Spade New York label for Best Handbag in Overall Style and Design — with the bags sold at Saks Fifth Avenue — and an apprenticeship with Carlos Falchi for the Best Student-Made Handbag winner.

AUSTRIAN IMPORTS: While not known as a hotbed of fashion activity, Austria is doing its best to raise its designers’ international profiles. On Monday, The Austrian Trade Commission hosted Vibrant Austria, an open house featuring the work of 11 Austrian designers and labels, at the Ramscale Loft in New York, where the collections will be open for sales and press appointments through Thursday. The trade commission enlisted A Cicognani Communications and stylist Jenny Capitain to choose the featured labels, among them And_I, Anna Aichinger, Drozdzik, Edith A’Gay, Florian Jewelry and Ute Ploier. “I think there’s a very nice spirit in Vienna,” said Capitain. “It’s a very old culture — it’s Eastern Europe, which makes it different.”

Most of the labels represented, which included shoes, apparel and accessories lines, have businesses in Europe and Asia and are seeking action in the U.S. “That’s why I’m here,” said Claude Priscilla Baumgartner, who launched her eco label Milch, which specializes in clothes made from recycled fabrics, five years ago. “I’m looking for feedback from key players in the U.S. market.”

Likewise, Claudia Brandmair, who interned at Marc Jacobs before founding Brandmair in 2003 and typically presents her collection in Paris and London, said, “I’m looking for a showroom. Someone who can sell my things here.”

SOLOMON HONORED: After 26 years at Bloomingdale’s, it’s hard to think of Stephanie Solomon as a former teacher. “I stuck with it for several years, until the kids threw books at me,” Solomon said at the fund-raiser for Syracuse University’s College of Visual and Performing Arts earlier this month at One Chase Manhattan Plaza, where top fashion designs created by seniors were spotlighted and so was Solomon, who received the school’s Icon of Style Award. She graduated from Syracuse University in 1972 with a degree in education, became a teacher, but eventually moonlighted as a freelance stylist for Vogue’s Candy Pratts Price. In 1984, Bloomingdale’s late Kal Ruttenstein hired Solomon as fashion coordinator, who rose to become its current vice president for fashion direction for ready-to-wear.