“This is more than a capsule collection, we really indulged in a special, upscale offering,” said Fusco, who is president of the company and creative director of Blauer USA. He underscored that the launch aligns with FGF Industry’s 20th anniversary, “so we thought this was the right moment to debut a new line — we deserved it.”

Presented through an installation staged at the city’s hip Moebius restaurant, the collection showcased 16 genderless down jackets tailored to provide comfort and water, wind and heat resistance. A trait d’union among the different styles was a “mobile light hole,” a removable pocket on the upper-left-hand side of each jacket featuring a dark lens where a mobile phone or flashlight can be placed for hands-free visibility. 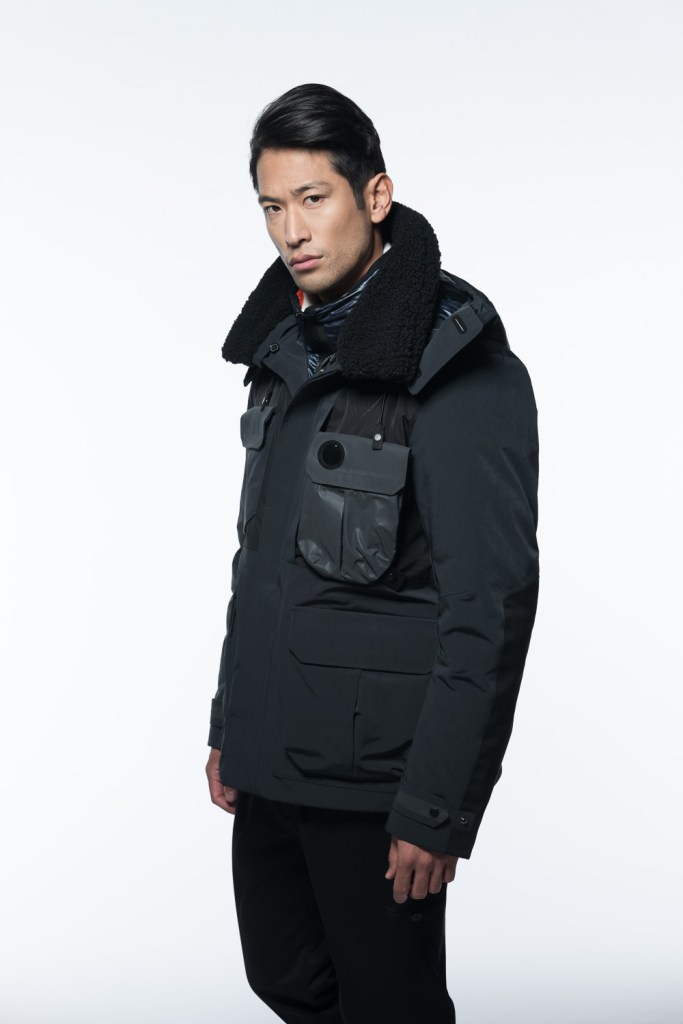 A look from B+Plus.  Courtesy Photo

To further enhance the functionality, all styles featured a removable inner made of recycled down padding that can also be worn separately, making each piece a two-in-one model adaptable to different climate conditions.

B+Plus’ higher positioning will be mirrored both in terms of pricing — which Fusco said will be 50 to 60 percent higher than Blauer USA’s — and distribution. In particular, the entrepreneur’s goal is to make the range available only at a selection of premium multibrand stores and department store worldwide, reaching a total of 200 sales points in the first year.

Founded in Boston in 1936, Blauer USA was established as a technical clothing company, focused on providing uniforms to police officers, the Navy and other military forces. In 2001, Fusco signed an agreement with the company to introduce the label to the fashion market, producing and distributing its collections under license. As reported, in 2017 FGF Industry eventually acquired 50 percent of the brand, while the founding family retained the other half of the business.

Prior to the B+Plus presentation in Milan, the company marked the official celebrations of its 20th anniversary hosting the “Human Landscape” exhibition of photographs lensed by English talent James Mollison during Pitti Uomo in Florence last week.