Gap is giving Milan a small taste of things to come ahead of the November opening of its first store in Italy. 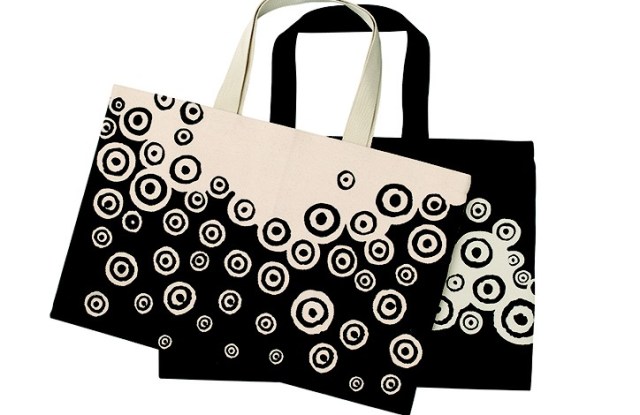 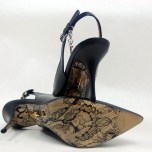 FILL IN THE GAP: Gap is giving Milan a small taste of things to come ahead of the November opening of its first store in Italy. The American retailer has teamed up with Carla Sozzani’s 10 Corso Como to create a capsule collection featuring T-shirts, sweatshirts and bags that will go on sale in a dedicated temporary store on Sept. 25 during Milan Fashion Week. This limited edition line will feature two designs — 10 Corso Como’s signature circles and illustrations by American artist Kris Ruhs, which were personally selected by Sozzani.

MORE BETTENCOURT-L’OREAL ALLEGATIONS: François-Marie Banier’s company, Héricy, receives 710,000 euros, or $926,950 at current exchange, annually from L’Oréal, according to a report in Le Monde. Banier is the confidante of the French beauty giant’s largest shareholder, Liliane Bettencourt. His link to L’Oréal was put in the spotlight in July when a preliminary inquiry was opened after a L’Oréal shareholder alleging Banier benefited from a contract of convenience with the company lodged a complaint over alleged misuse of corporate funds. The shareholder’s lawyer, Frédérik-Karel Canoy, claimed Banier has had a 10-year contract with L’Oréal for his fashion advice and artistic sensibility that pays him — through Héricy — 405,000 euros, or $528,730, a year. More than 60 shareholders have followed the first shareholder’s complaint, which was filed on July 5 “against X.” The Le Monde article alleges that Banier also benefits from a 10-year deal that involves an additional 305,000 euros, or $398,180, being paid to Héricy per year. The deal is linked to Banier’s artwork being promoted and, as a consequence, L’Oréal’s brand image and notoriety, according to the piece. A L’Oréal spokeswoman did not return calls on Friday.

LEFT TURN: Michel Klein is returning to Paris’ Left Bank. The French designer on Sept. 5 will open his first store there since 1997, on Rue Jacob. The 2,500-square-foot unit, baptized Chez Michel Klein, will house the designer’s ready-to-wear, accessories and kids’ wear lines; jewelry by London’s Legge & Braine, and home objects such as Francis Klein lamps and Sarah Lavoine candles. Klein also will relaunch his Web site in October.

COME IN, HOUSTON: Marc Bouwer, Lauren Bush and Cesar Galindo are a few of the designers who have signed up to show their collections at Fashion Houston 2010, an inaugural series of fashion shows and related festivities slated for Oct. 11 to 14 at the Wortham Theater Center. Fashion Houston plans to sell tickets to the shows, which are sponsored by Audi International, according to Sean Nutley, a principal in Blue Cashew, the event’s producer. Participating designers include Christian Siriano, Chloe Dao and David Peck, designer of Kiton’s men’s collection, Nutley said. In addition, Nutley plans to set up accessories pop-up shops in the lobby of the Wortham. The final gala is to feature a tribute to Eileen Ford, co-founder of Ford Models Inc. In addition, social pillar Lynn Wyatt has agreed to support Fashion Houston by displaying 12 of her favorite couture gowns at Neiman Marcus at the Houston Galleria. Area stores, including Neiman Marcus and Saks Fifth Avenue, are expected to participate with trunk shows and related events, Nutley said.

O SOLE MIO: Cesare Paciotti introduced a sole design featuring a black lace print that has since been trademarked by the company. The Italian footwear designer chose lace because it represents femininity and sexiness, which are the cornerstones of the brand’s style. The updated soles can already be seen in the fall collection available in stores now, but a newer version for spring 2011 in blush as opposed to the typical red will be officially presented at the FFANY this month. The lace print as well as the signature gold dagger will be permanent sole fixtures for now, but colors may change with seasons and styles.

ROMAN THEATER: Silvia Venturini Fendi, in her new role as president of AltaRoma, the association that organizes couture shows in the Italian capital, is planning an exhibition to be unveiled on Nov. 4 at Rome’s Museo del Corso, Palazzo Cipolla, with theater costumes by Giorgio Armani, Capucci, Fendi, Valentino, Versace, Romeo Gigli, Missoni, Antonio Marras, Alberta Ferretti, Ungaro and Coveri. The show, supported by AltaRoma, will coincide with Rome’s International Film Festival and run until Dec. 10. “I would like AltaRoma to be active throughout the year, not only during the seasonal presentations of our couture collections [in January and July],” said Venturini Fendi. In addition to the designer’s 100 costumes, videos, stage photos and sketches will round out the exhibition. One of Venturini Fendi’s future goals is to open a fashion museum in Rome. “It’s unthinkable that we don’t have a permanent fashion museum here,” said the designer.