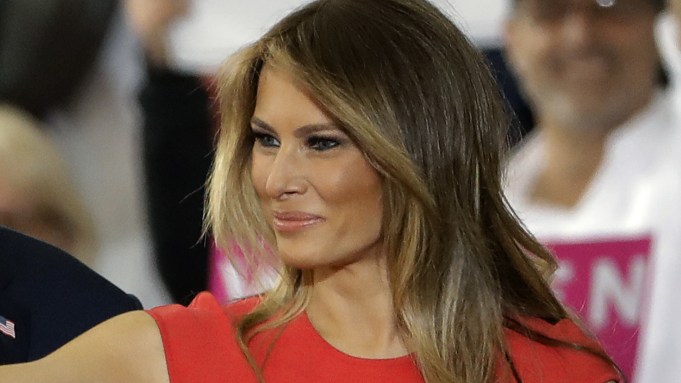 RED ALERT: Having taken an increasingly public role on the world stage in the past week or two, First Lady Melania Trump was front-and-center at the Saturday rally President Trump held in Florida.

Not to be missed in a cap-sleeve red Alexander McQueen knee-length dress, FLOTUS led the crowd in The Lord’s Prayer. The President (who kept his own look casual with a white buttoned down shirt but no tie) smiled affirmatively as he crossed the stage before his wife offered a few remarks.

Wearing the Republican party’s signature color, the First Lady pledged to create and support initiatives that would help women and children throughout the world. 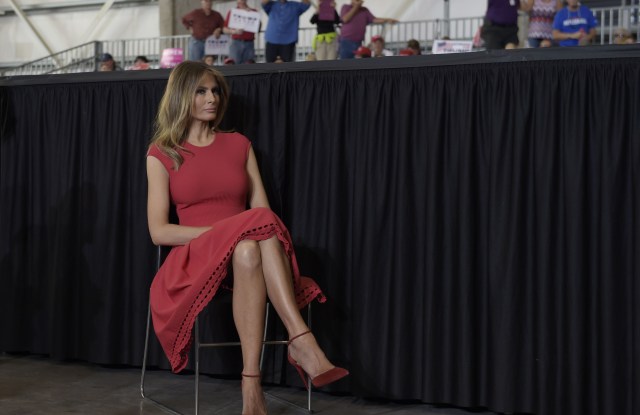 She told supporters, “It is my honor and a great pleasure to stand here before you as First Lady of the United States. The America we envision is one that works for all Americans and where all Americans can work and succeed. A nation committed to greater civility and unity between people from all sides of the political divide.”

“I will always stay true to myself and be truthful to you no matter what the opposition is saying about me.” FLOTUS said.

Before she introduced her husband, the First Lady said, “My husband is creating a country of great safety and prosperity.”

Her choice of an Alexander McQueen frock designed by the House’s Sarah Burton is a first for an official appearance. With New York Fashion Week officially wrapped up and London Fashion Week under way, the First Lady may be thinking of England along with other fashion watchers.

Trump continues to spend school weeks at Trump Tower, since her son Barron is finishing the school year. Saturday’s remarks were the strongest signs of what she plans to focus on once ensconced in the White House. 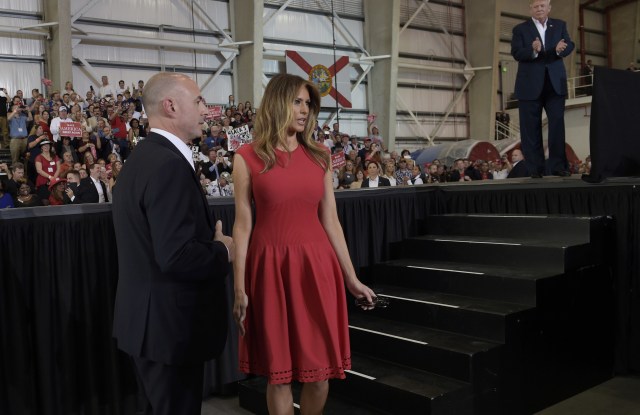