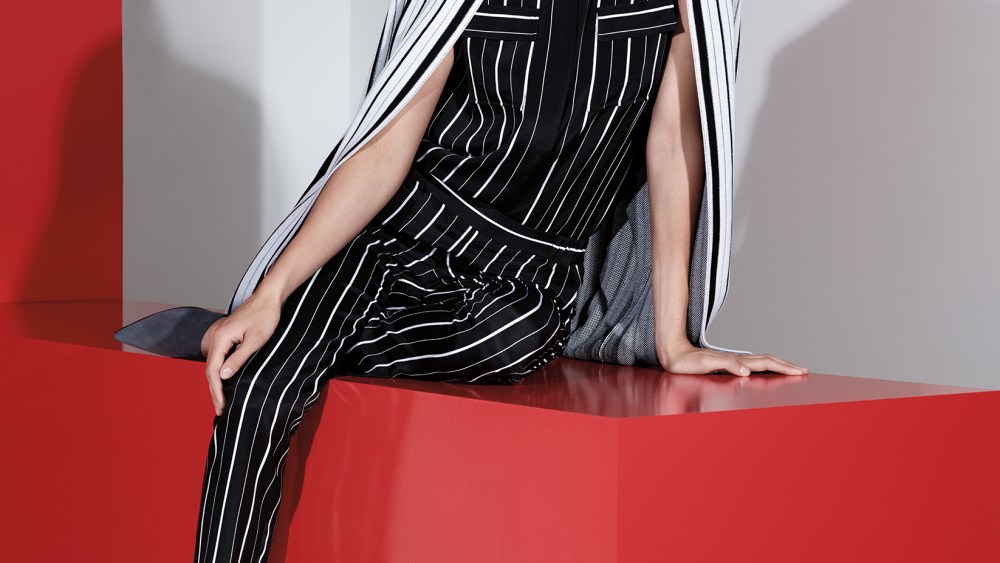 THE WILD ONES: St. John has released new images from its spring collection, which aim to take its well-known knits on a safari of sorts.

“Spring 2017 is inspired by the global citizen and her exotic travels,” said St. John senior vice president of design Greg Myler of the line. “The collection combines vibrant patterns, colorful tribal designs and a natural color palette. I was especially drawn to wildlife — beautiful animal prints made to feel modern and timeless. This season takes the St. John woman on a culturally rich style journey.”

For St. John, the collection continues an ongoing dialog that’s been coming out of the Irvine, Calif.-based luxury house in more recent times, focused on relaxed dressing options with an elevated twist that don’t stray far from its heritage in knitwear.

The company last year saw the rebirth of the St. John Sport line, as the company sought to address the more casual direction that has taken hold among the general public with the rise of the activewear category. Sportswear and more elements of casual dressing had always been part of the collections throughout the years, but the company’s aim with the relaunch was to provide a wider range of what its clients were asking for, the company’s ceo Bruce Fetter said at the time of the launch. St. John Sport rolled out alongside the company’s resort 2017 line with chic joggers, wide-leg pants and sweaters produced in cashmeres and silks.