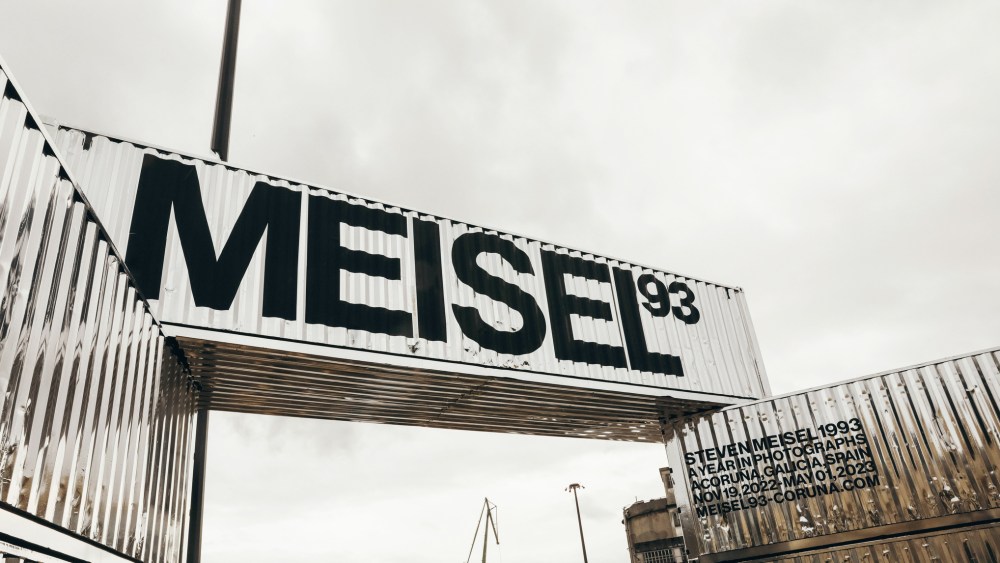 LONDON — “Steven Meisel 1993 A Year in Photographs” opened in A Coruña, Spain, on Saturday, with WWD getting a first look inside the show.

The exhibition was organized with the personal support of Marta Ortega Perez, chair of fast-fashion giant Inditex, and is part of a long-term initiative to bring “world-class culture to A Coruña,” and to promote the region of Galicia’s “rich cultural spirit to the world.”

Organizers said the images were made during “a phenomenal 12-month burst of creativity,” which saw Meisel shoot 28 covers for Vogue together with more than 100 editorial stories. The editorials included “Anglo-Saxon Attitudes” with Stella Tennant, Bella Freud, Plum Sykes and Honor Fraser, for British Vogue.

Ortega Perez said Meisel’s photographs “reach beyond the surface to capture the true personality of his subject, always transcending their context. They are, without doubt, some of the most important and interesting fashion photographs ever made.”

She added that the show is “not only an important addition to the rich tapestry of cultural life in Galicia, but also a rich source of inspiration for everyone fortunate enough to be able to spend time with Steven’s remarkable images.”

The exhibition comes almost a year after Ortega Perez staged “Untold Stories,” a show of Peter Lindbergh’s work, in Inditex’s home city. That show ran from Dec. 4, 2021, through March 31 and attracted an audience of more than 110,000.

“Untold Stories” was designed by Lindbergh himself before he died. The show occupied a converted industrial building in the A Coruña harbor area, an architectural space created by Elsa Urquijo. It featured more than 150 photographs ranging from the early 1980s to 2019.

Both the show and the space were part of a wider initiative to promote A Coruña, a bustling port city that’s also home to Estrella Galicia beer, as a cultural hub.

The Steven Meisel show is open to the public, free of charge, through May 1.