Amy Lefevre, a model with Q Management, said she hopes she's never made to feel that way again.

Joyce F. Brown, president of the Fashion Institute of Technology, released a full statement to the FIT community following an incident Feb. 7 at the FIT MFA Fashion Design program’s runway show at Pier59 Studios in New York. During that show, model Amy Lefevre refused to wear accessories she considered racist that FIT graduate Junkai Huang selected to show with his looks.

“As we understand it, some of the students and models involved in the show were offended by the accessories — large prosthetic ears and lips and bushy eyebrows — used to style one particular collection. Calling them racist,  one model refused to wear these items and indeed walked down the runway without them,” said Brown.

FIT isn’t the first organization to be called out for racism. Gucci and Prada are two of the companies that have landed in hot water for being racially insensitive.

“Currently it does not appear that the original intent of the design, the use of accessories or the creative direction of the show was to make a statement about race; however it is now glaringly obvious that has been the outcome. For that, we apologize — to those who participated in the show, to students, and to anybody who has been offended by what they saw,” said Brown.

Reached for comment, Lefevre, a model who is represented by Q Management Inc., told WWD that no one has reached out to her. “I was uncomfortable wearing those accessories. Even some of the students knew I was upset about it. The director kept yelling at them to not speak to me, and he told me, ‘it will just take 45 seconds to walk down the runway.'” She said she went down the runway without them, and afterward, just left. 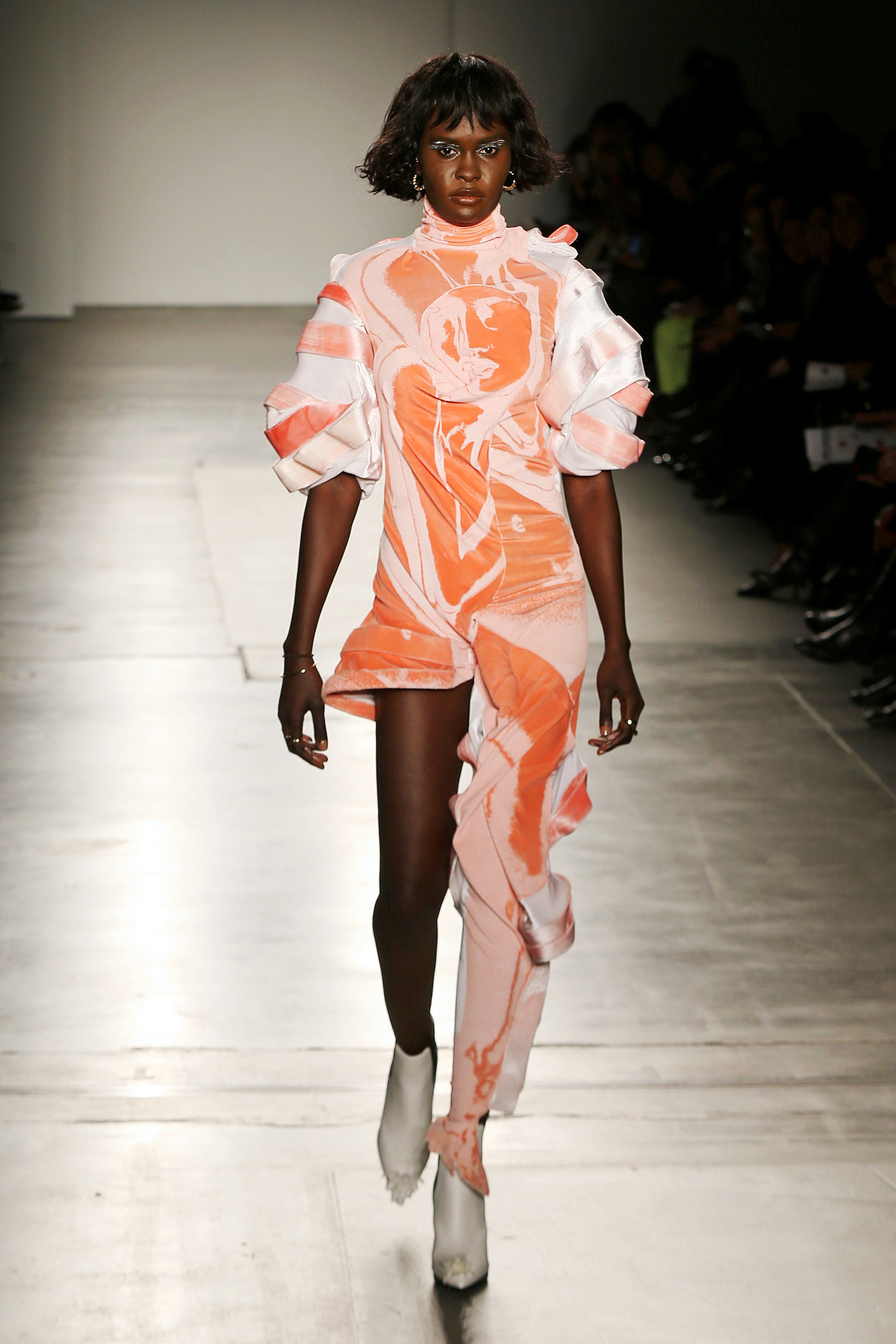 “My hope is that this never happens to me again. No one should ever be made to feel that way,” said Lefevre.

Brown went on to say that no person should be made to feel uncomfortable “particularly about race, in service of their work, job, livelihood, or course of study.”

She said that FIT is investigating how this happened and outlined several steps to address the concerns and questions of students, faculty and the community. “We take this very seriously and our response and actions going forward will reflect that,” said Brown. She said that there’s a balance that must be struck between creating a safe space and freedom to learn and develop one’s own voice, even if the voice is provocative to some, and creating a teaching and learning environment where people are not offended or intimidated. “Consequently, we must, as educators, be certain we are providing students the cultural and historical perspectives they need as they realize their artistic vision. Simultaneously, we must provide guidance so that they recognize and respect potential and unintended consequences of their creativity,” said Brown.

Brown said that FIT plans to engage with its Diversity Council, Faculty Senate, the UCE (United College Employees) and the Student Government Association to continue this conversation and will put in place safeguards to ensure that a situation like this will not happen again. Finally, she said, there will be an ongoing investigation to find out how it occurred, who was involved and why there was no immediate follow-up.

Meantime, Federico Pignatelli, founder and owner of Pier59 Studios, where the show was held, and founder of the Model’s Bill of Rights, said he was updating the Model’s Bill of Rights to ensure there is more of a dialogue to encourage diversity and respect of global differences. “This was not fashion,” said Pignatelli. “It was insensitive and cultural mockery. We believe fashion should be about the clothes and celebrating creative style. We do not support mistreating models in any way, especially to incite a social media scandal for exposure or profit. We applaud and stand by Amy Lefevre for speaking up and out about this issue.” He also noted that Pier59 Studios doesn’t preview designer collections shows at its venue, nor does it have advance approval.