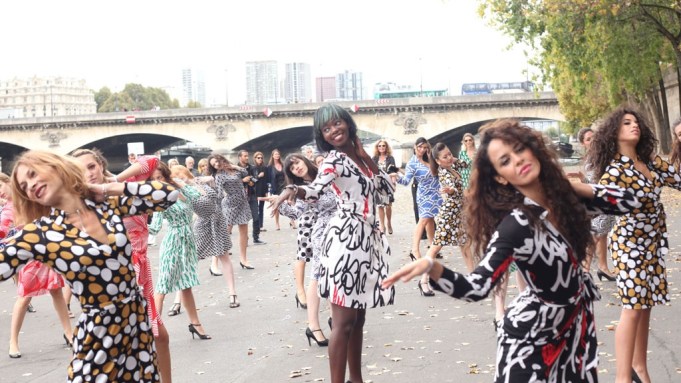 RIVER DANCE: To fete the launch of Diane von Furstenberg’s Diane fragrance exclusively at Sephora in France, a flash mob was staged Wednesday afternoon by the river Seine — just across from the Eiffel Tower.

Some 100 women sporting the designer’s brightly patterned, iconic wrap dresses joined her there and danced to Chaka Khan’s “I’m Every Woman,” drawing a crowd. Just afterward, in the Sephora flagship on the Champs-Elysées, the designer signed autographs. It was just one of numerous appearances she is staging in Europe to promote her scent. “Tomorrow I’ll be in Madrid, Monday in Lisbon, Tuesday in Warsaw and Thursday in Milan,” she said.