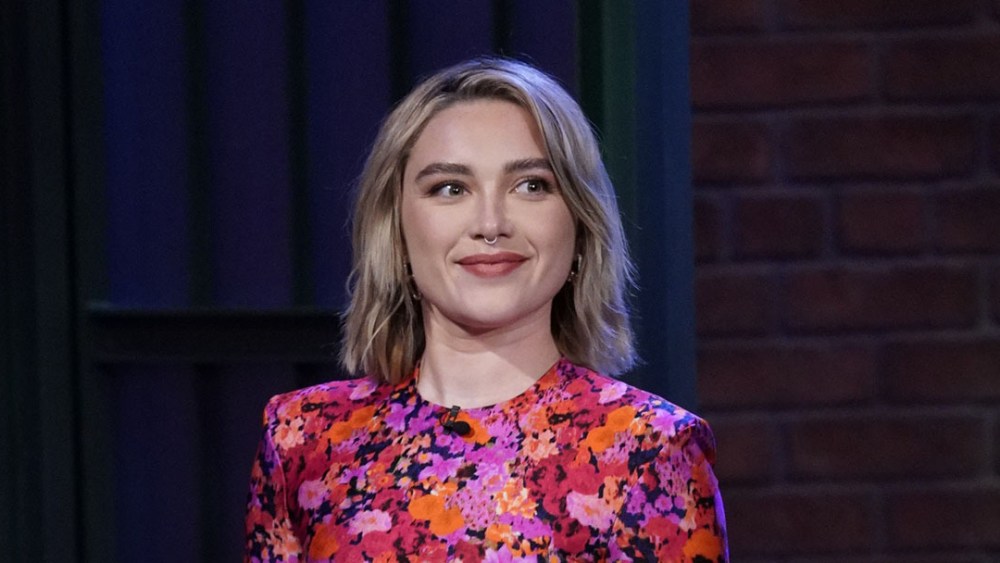 The look was emblazoned with autumnal floral in hues of fuchsia, soft pink, purple, orange and red.

The hourglass silhouette incorporated tea-length sleeves that flared toward the end and minimal ruched detailing at the center of the bodice. The padded shoulder accents streamed along the neckline.

During her conversation with Meyers, Pugh recalled the quirky behind-the-scenes interaction she had with a sheep during filming of her new movie “The Wonder,” a period piece directed by Sebastián Lelio based on the 2016 novel. Pugh stars as an English nurse who cares for an 11-year-old girl who has survived without food for months on end.

“We were shooting on the top of mountains for weeks,” the actress told Meyers. “I had a sheep run into me and I face-planted in the mud.”

Last month Pugh attended the BFI London Film Festival for the U.K. premiere of the film, where she was photographed twirling in a coral feather-trimmed Valentino dress from the designer’s fall 2022 couture collection.