Edie Parker Flower’s ‘The Garden of Edie’ Comes to L.A.

“Rolling joints at a party is not a bad idea, according to Edie Parker Flower, and I’m not mad at that,” said DJ and producer Kitty Cash with a laugh on Tuesday night inside Eric Buterbaugh Perfumery in West Hollywood, Calif., where Edie Parker designer Brett Heyman hosted a party for her brand of luxury cannabis accessories.

Without a doubt, the event’s main attraction was indeed the joint-rolling station. “I was definitely in that line,” said Cash with a grin. “I like the union of cannabis and fashion. I think it’s cool. A lot of people do it in the privacy of their own homes, but now, especially in L.A., it’s something that’s done in the open. You don’t have to feel like there’s a stigma behind it, which is great.”

“Some of them are old friends,” said Heyman after posing for photographs with the women. “Sophia is an old friend, and Erin is an old friend. Fran we invited, because she’s a very vocal cannabis advocate — same with Busy.”

“We were expanding our home line, thinking about entertaining at home and hostess gifts — the use of cannabis is often part of my entertaining at home — thinking about what was available for women who are unblushingly feminine and love beautiful things and had the craftsmanship that our accessories have, and that’s how the idea started,” continued Heyman. The line is full of playful and colorful glass pipes and acrylic lighters. “It has the same ethos as our accessories brand, which is for a good time — beautiful pieces that make you happy. And then, we wanted to make a really high-quality flower to go with it.”

The designer has partnered with California company Flow Kana, which sources sun-grown cannabis from independent farmers in Northern California. She offers “Banana Jam,” a hybrid of Banana Punch and Strawberry Jam, for social occasions, “Pineapple Rising,” a Sativa for a relaxing experience, and “Cherry Cheesecake,” an Indica described as “a smoothing smoke that will take your body and brain to higher places,” all of which were available at the party. For those with the munchies, there were candied apples and pizza by Jon & Vinny’s, while Helen’s Wines provided refreshments. Entertainment — and Instagram moments — were provided by two parrots, who amused the crowd. 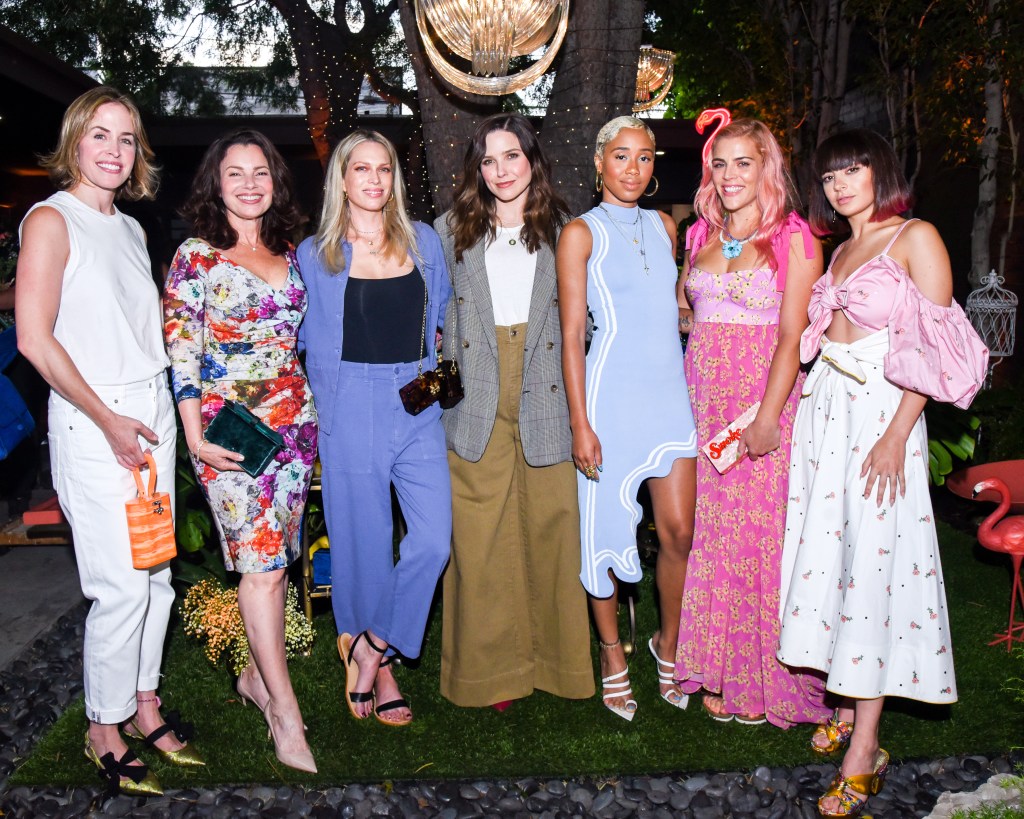 Heyman threw a similar bash, also dubbed “The Garden of Edie,” in New York City last month. Instead of birds, there was a python, and unlike in L.A., there was a noticeable forbidden fruit in the room: the “flower” of the hour, marijuana. While California continues to embrace Proposition 64, New York has yet to fully legalize the substance.

“I grew up in L.A., so it’s a homecoming,” shared the New York-based designer, whose flagship boutique is in the Upper East Side. “It’s super fun to come back, always.”

Can the city expect an Edie Parker shop in the future? “I hope so,” said Heyman. “If people start going back to stores, we’d love to have one. “