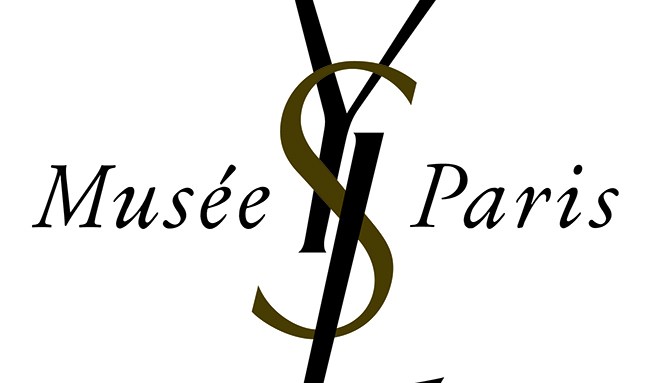 GO LOGO: The Fondation Pierre Bergé — Yves Saint Laurent has unveiled the graphic identities of the soon-to-open Yves Saint Laurent museums in Paris and Marrakech — two of which incorporate the original YSL logo in all its glory.

For the graphic identify of the Musee Yves Saint Laurent in the French capital, Paris-based design agency Wolkoff & Arnodin used the iconic YSL logo ± in both the interlaced and horizontal versions — as the central element, in a black and bronze 20th-century Garamond typeface, bookended with the words “Musée” and “Paris.” As longstanding collaborators of the house, cofounders Alexandre Wolkoff and Antoine Arnodin began working with Yves Saint Laurent in 1975, then as part of the influential branding agency MAFIA, or Maïmé Arnodin, Fayolle, International, Associés.

Saint Laurent and Bergé commissioned French-Ukrainian artist Adolphe Mouron Cassandre to design the original logo in 1961. “Cassandre was the greatest graphic designer of his era. The first thing that we did with Yves, before even securing funds or collaborators, was to arrange a meeting with him. He had designed Dior’s emblem but was forgotten. In 1961, he showed us one proposal — the intertwined initials — and we knew instantly that it was right,” Bergé said.

For the graphic identity of the Musée Yves Saint Laurent Marrakech, meanwhile, Studio Philippe Apeloig, which also created the poster for the 2010 Saint Laurent retrospective at the Petit Palais, went for an entirely new direction, the foundation said. The aim there was to reflect the modern architecture of the Marrakech museum’s building — designed by French firm Studio KO — while referencing artist Piet Mondrian and Moroccan craftsmanship, both strong influences on Saint Laurent’s work. The shape of the main logo — a perfect square inclined at 45 degrees — recalls Mondrian’s painting “Victory Boogie Woogie,” while nodding to traditional Moroccan mosaics or ‘zelliges.’

The design, which features the YSL initials framed by the letters “m” (for Musée and Marrakech) in a modernist Effra typeface, also evokes the Moorish door of the nearby studio of French artist Jacques Majorelle, who created the garden that carries his name. Saint Laurent and Pierre Bergé bought the site in 1980, to save it from property developers and to bring it back to life. Following the death of Saint Laurent in 2008, Pierre Bergé chose to donate the Jardin Majorelle to the Fondation Pierre Bergé — Yves Saint Laurent.