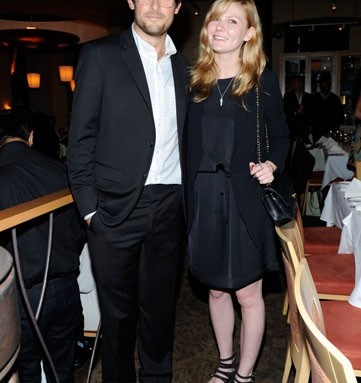 Holding a dinner for VIP guests after a movie screening is standard these days. Yet some questioned the choice to do so after a viewing of the new documentary “Food Inc.” on Tuesday night. After all, the film does investigate how big factory farms raise and slaughter livestock and poultry — and it ain’t pretty. “If I see chicken come up on the menu, I’m going to run screaming out of this place,” said Regis Philbin as he arrived at L’Ecole, the restaurant of the French Culinary Institute.

The party, hosted by Quintessentially, was filled with the converted: chefs including Blue Hill’s Dan Barber, Laurent Tourondel and Drew Nieporent; writers Michael Pollan and Eric Schlosser, and director Robert Kenner. Even the fashion crowd is on board this new food revolution. Daisy Lowe shops the Union Square greenmarket when she cooks for her boyfriend and David Lauren has started growing strawberries, potatoes and arugula at his home in Westchester. “If you didn’t [see this film] because you were interested in learning, you come out feeling like you’re on a mission now to eat differently,” Lauren said.

“My kids planted a garden with their grandmother for Mother’s Day,” said Jeffrey Wright, who was there as a fan of the chefs and hoping to get some pointers for the kitchen. “It’s a very hopeful film because a lot of this stuff is policy driven and consumer driven. I think we all have a sense of empowerment that we can do something about our own health.”

Kirsten Dunst has stopped eating meat at fast food restaurants, but it seems that some habits die hard. “I’m a Del Taco girl,” she said. “I like a bean and cheese burrito.”