Election season for the American fashion constituency officially kicked off Wednesday evening when the nominees for the 2012 CFDA Fashion Awards were announced. 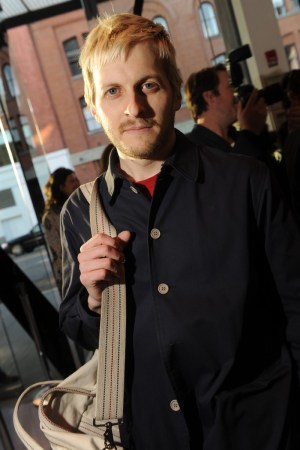 FOR YOUR CONSIDERATION: Election season for the American fashion constituency officially kicked off Wednesday evening when Diane von Furstenberg and Steven Kolb revealed the nominees and honorees for the 2012 CFDA Fashion Awards at a cocktail reception held at DVF’s studio. Many of those whose names will appear on the ballot were not in attendance, including all of the nominees for the Womenswear Designer of the Year, but those who did show included Swarovski Award for Womenswear nominee Christopher Peters of Creatures of the Wind, Swarovski Menswear nominees Phillip Lim and Todd Snyder, and the Media Award recipients Scott Schuman and Garance Doré, who, as von Furstenberg pointed out, are “co-winners and they also co-habit.” The biggest applause of the night came when von Furstenberg said that “by unanimous vote” Rei Kawakubo would receive the International Award, and that Johnny Depp will be the first man to receive the Fashion Icon Award.