Italian activewear brand Freddy is coming to a cinema near you. 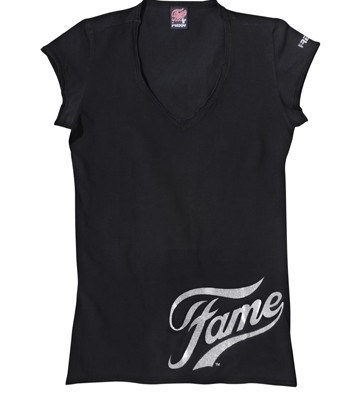 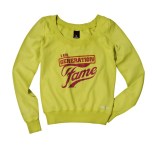 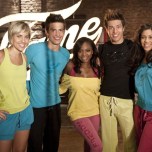 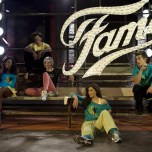 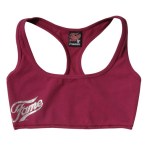 FREDDY FAME: Italian activewear brand Freddy is coming to a cinema near you. The label, which is the official dance-clothes supplier to Milan’s Teatro alla Scala and London’s Royal Ballet, will make its cinematic debut later this month, dressing the cast in the remake of cult dance film “Fame.” The new film, directed by Kevin Tancharoen, opens in the U.S. Friday. “Fame”-branded Freddy apparel is currently available at Capezio stores across America, with prices ranging from $39 for a top to $133 for a jumpsuit.

HUDSON’S BAY IPO?: As Wednesday’s keynote luncheon speaker at the International Council of Shopping Centers’ Toronto convention, Richard Baker, the chief executive officer of Hudson’s Bay Trading Co., was to talk about his acquisition of the Canadian retailer. But he did more than that: He surprised the audience by revealing Hudson’s Bay is eyeing a return to the capital markets in early 2011. Baker said the company would be listed on the Toronto Stock Exchange.

Asked about his role in any public company, Baker said he would continue to have significant ownership of Hudson’s Bay. Whether Lord & Taylor would be part of any IPO hasn’t been decided, he said. NRDC Equity Partners, which owns Lord & Taylor, purchased Hudson’s Bay for an undisclosed amount in 2008, and the group was renamed.

DOUBLE ACT: Fashion isn’t all about catfights. Extending a hand during tough times, Marithé & François Girbaud has offered to share its show space during Paris Fashion Week with young designer brand Lefranc-Ferrant. The brands will show side by side at the Halle Freyssinet on Oct. 6. François Girbaud said he experienced the same helping hand in the Eighties, when he was invited to show with a group of established brands, such as Georges Rech and Daniel Hechter, at the Salle Wagram. One of legions of young brands vying for visibility, Lefranc-Ferrant shows during couture week.

RAF LOVES NY: Raf Simons chief executive officer Stefano Martinetto came to New York this week in search of a site for a future store and to promote the brand’s new focus on the United States. SoHo is the desired location, and the concept could mirror the two Sterling Ruby-designed Raf Simons stores in Osaka and Tokyo. Martinetto also hopes to eventually roll out a Raf by Raf Simons concept like the shop-in-shop at La Rinascente. The U.S. is clearly a priority for the company, which recently entrusted its European and North American publicity to New York-based PR Consulting. It also is running its first U.S. advertisements this fall in VMan and Interview. “We are committing to an advertising and p.r. strategy to help our retailers here,” said Martinetto. “It’s a huge effort for a small company like ours.” He also hinted at additional brand collaborations in the near future. Raf Simons already has partnerships with Fred Perry and Dr. Martens.

OLYMPIC BID: When delegates from Chicago make their final presentation to the International Olympic Committee next week — The Windy City is competing with Madrid, Tokyo and Rio de Janeiro for the 2016 Summer Games — they’ll be wearing homegrown designs. Maria Pinto, who’s dressed Michelle Obama, created a look for the female delegates; Hart Schaffner Marx, a go-to for President Obama, made suits for the male delegates, and tie maker Lee Allison, another Chicago-based designer, produced neckwear. Details of the designs were not released. The committee will name the winning city Oct. 2.

SNAP HAPPY: Sienna Miller is apparently no shrinking violet in front of the camera, according to Lorenzo Agius. “[She] was great, she was easy to get in the bath,” said the photographer, who feted his “British Style Icons” exhibition on Monday. “She probably would have gone naked but I wouldn’t have let her.” Hosted by the National Magazine Company’s 30 Days of Fashion and Beauty, the show features portraits of subjects such as Vivienne Westwood, Paul Smith and Yasmin le Bon. Guests at the soirée included Sir Philip Green, Charlotte Tilbury, Laura Bailey and Kelly Hoppen. “I love that one,” said Ozwald Boateng, pointing to a picture of Jude Law and Ewan McGregor cozying up in bed together. “That’s really who they are — they don’t take themselves too seriously.”