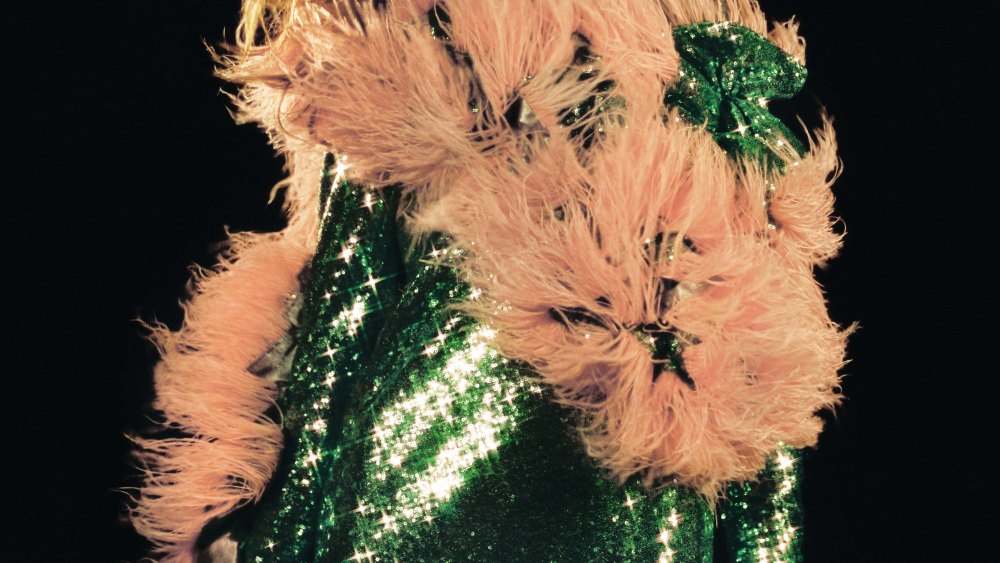 Swiss designer Kévin Germanier, a finalist for last year’s LVMH Prize, is among the international entrants with his flamboyant collection made from upcycled and deadstock materials.

With wholesale prices ranging from 80 euros to 5,000 euros, the designer’s stockists include Matchesfashion.com.

Also Nigerian designer Kenneth Ize, who made his Paris runway debut earlier in the week, was hoping to pick up international clients through the showroom. “I’m ready for market, I want people to know that,” he said.

For his third collection, Alexandre Blanc added volume to his Thirties-inspired lineup with heavy draping, contrasting this with his print pieces based on paintings.

“I’m really impressed with the work they have done on Sphere,” the designer said. “The selection is superb, and it is drawing in a lot of buyers.”

Rier, created by Andreas Steiner, a Prada, Miu Miu and Louis Vuitton veteran who was raised in the South Tyrol, offers timeless unisex pieces inspired by his roots. His fall lineup included a range of designs featuring a miniature floral repeat embroidery inspired by one worn by the men of his village. Wholesale prices for the collection, produced in Italy and Austria, range from 120 euros to 880 euros.

Returning labels Boyarovskaya and Ester Manas, as well as South Africa’s Thebe Magugu, who presented for the first time in Paris on Wednesday, completed the lineup.

Sphere runs in the basement of the Palais de Tokyo through March 3.