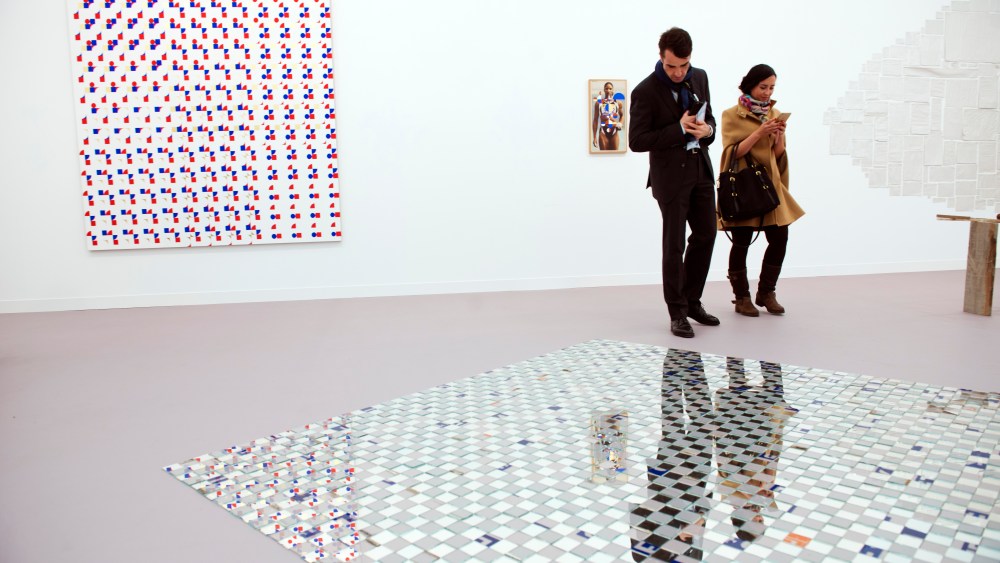 ARTFUL DODGING: Frieze Art, the London contemporary art fair, wrapped up Saturday with sold-out stands and no hint — yet — of cash-strapped collectors or repercussions from the economic slowdown in China. In the third quarter, the country notched its slowest growth in six years.

“A lot of our galleries are experiencing their best Frieze ever,” said Abby Bangster, the artistic director for Frieze Americas and Asia. “I’ve spoken to the galleries that are based in China and are here, and they have completely sold out. It’s not just Chinese buying Chinese, they have big London and American buyers. We also have a good number of Chinese collectors. We so far have not been impacted, but it is certainly something that we’re watching.”

While Frieze did not disclose the total amount of sales at the fair, it did release some figures from individual galleries. White Cube sold a painting by Damien Hirst for 750,000 pounds, or $1.16 million, while a work by Gabriel Orozco sold for $900,000 at Kurimanzutto. An oil painting by Chris Ofili was sold for $750,000 at David Zwirner. At the Lisson Gallery, an Ai Weiwei piece sold for 500,000 euros, or $566,191.

Laurel Lange, artist liaison and sales associate at David Kordansky, an L.A.-based gallery that showed works by Mary Weatherford, described the fair as strong and solid. “There’s a lot of interest, from museums, institutions, private collectors. For Mary Weatherford, we focused on established collectors with strong collections in museums and institutions.”

David Kordansky Gallery reported that paintings by Weatherford were sold to institutions in a price range of $125,000 to $215,000, and the gallery’s booth sold out by noon on Oct. 14, the day the fair began.

“We’ve noticed that it’s been very exciting from Day One, great collectors and curators from around the world. For us, it’s been a very successful experience,” said Malena Bach, artist liaison for Europe at Kurimanzutto, a Mexico City-based gallery. “I think that we are encountering collectors from around the world. Even though there are certain areas in Europe that are more depressed economy-wise, we have new clients coming over from Australia or places in the Middle East. The world is so vast that we have new collectors emerging every day.”

Maureen Paley, whose gallery showcased works by artists including Anne Hardy, David Salle and Wolfgang Tillmans, noted that buyers are “always interested in the unusual and special. One has to keep one’s eye on bringing things that are absolutely of the highest value to a fair. I think that it’s very competitive, and at the same time it requires one to have the highest quality of art. And with the number of fairs, it puts a lot of pressure on the artist. So I think we have to be careful that we don’t experience ‘fair fatigue.'”