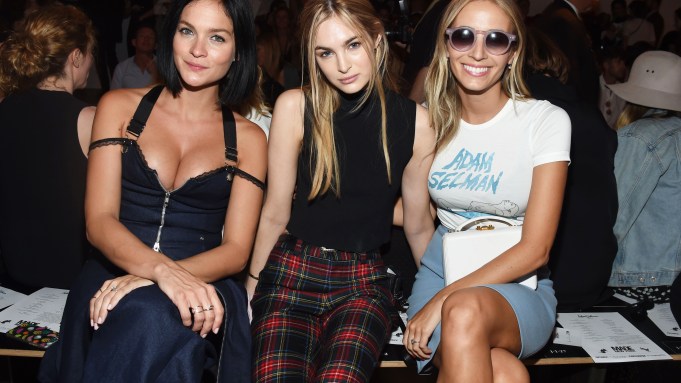 For Sedaris, it was her one and only fashion show of the week. “[Adam and I] met doing a Dolly Parton video in 2007, and became instant friends,” she explained, before expressing particular excitement about seeing what footwear he would send down the runway. The actress is working on a slate of projects this fall, including the new seasons of “BoJack Horseman” and “Unbreakable Kimmy Schmidt.”

“I love Adam Selman’s stuff — I’ve actually worn his stuff on the red carpet before,” said singer Tinashe, who’s planning to release her new album, “Joyride,” soon. “I just love that his [clothes] have a sophistication as well as edge to it,” she continued. “He really walks that fine line, and I love how he plays with that dynamic.”