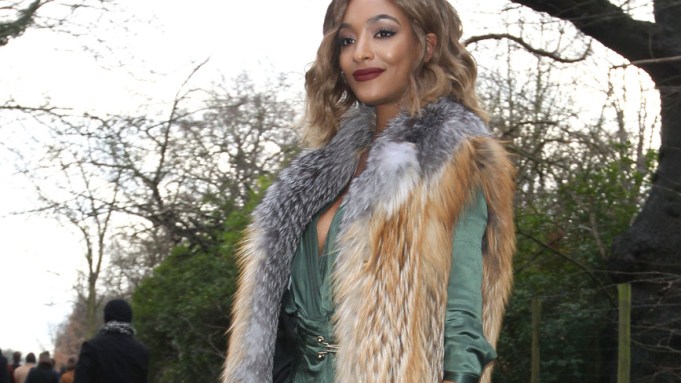 SOMETHING ABOUT WU: At last year’s Met Gala, Mario Testino introduced Christopher Bailey to the Canadian-Chinese actor and musician Kris Wu, the most talked about person at the event on social media after Justin Bieber, Rihanna and Beyoncé.

Testino had shot Wu for the cover of Vogue China in July, alongside Kendall Jenner. The introduction to Bailey got Wu another job, closing the Burberry men’s show in London on Monday.

Hundreds of Wu’s mega-fans had been waiting since dawn to catch a glimpse of the star — China’s answer to Bieber — who had no idea he’d be the last model out on the runway.

“It was very exciting, but I was nervous at the same time. My heart was pounding, but then I tried to look like I was not nervous,” Wu told WWD, demonstrating a facial transition from animated to the picture of catwalk model blankness.

Wu was sporting a shaved head, his regular lustrous coif long since shaved in sacrifice of his role as a monk in “Journey to the West: Demon Chapter,” which is set to be released next year.

“I had a shaved head for, like, four months,” he said. “I was kind of nervous about it because you know I’ve always had hair, but now I’m kind of used to it. It’s fun.”

George Barnett was sporting a tan after a break in Belize with Jack Guinness, who had taken the passing of David Bowie as a call to push the boundaries of his wardrobe.

“I heard the news this morning when I was getting ready and I looked at my options and, as silly as it sounds, I wanted to be more fearless and more creative, so I put on the craziest, most Bowie outfit I had. I think he’s an inspiration for us all to be more creative, more brave and to take more risks,” he said.