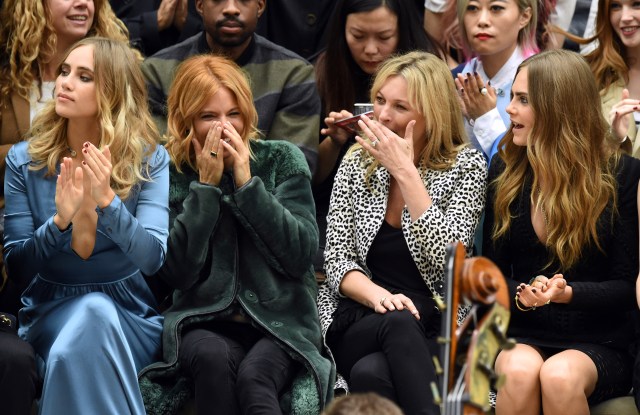 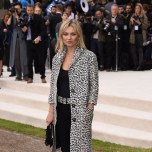 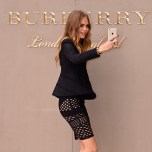 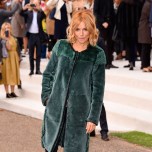 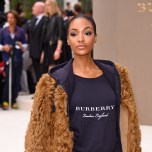 SMALL SCREENS: After a string of mild days in London, the weather turned sour for the Burberry show, which forecast one thing: Box-set season. “I’ve just finished watching the ‘Fargo’ series on Netflix, which I thought was amazing,” said Paloma Faith. “I’d definitely recommend that one. But I don’t know what I’m going to watch next.”

Perhaps Clara Paget’s new series, “Black Sails” on Amazon Prime? “I play a badass pirate; I’m the only one,” she told WWD. “It’s so much fun. I do all my own stunts and I have a couple of knives that I wear around my waist and mostly use to stab people.”

She gave credit to color expert Jack Howard for her recent hair transformation. “He’s so good,” she said. “He magically turned me from red to blonde.”

Tinie Tempah was also on the front row, having survived his DJ residency at the Hard Rock Hotel in Ibiza over the summer. “It was epic,” he said. “Snoop Dogg flew out to perform one night. That was pretty cool.”