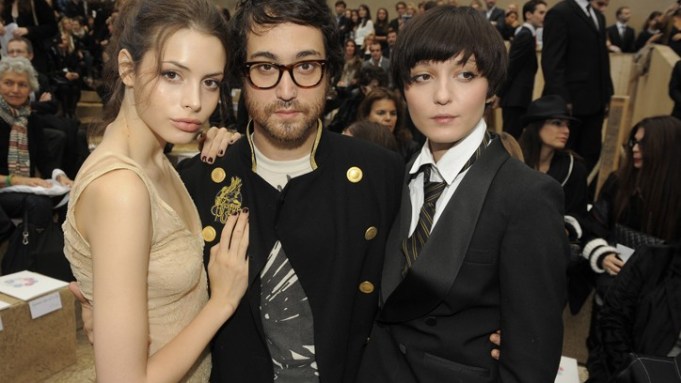 STAR STRUCK: “I was like, ‘Hello Prince! Hello Rihanna,’” said a thrilled but slightly shaken Lily Allen, who claimed she was unaware the music stars would be sitting front row for her performance at the Chanel show Tuesday.And she wasn’t the only star struck celeb. “I can’t believe I am sitting next to Prince,” said French actress, Marie-Josée Croze.

Having just wrapped up “Mere et Filles” alongside Catherine Deneuve, Croze said she was planning a vacation before starting a new film project. “I’m a city rat at heart,” she added. Anna Mouglalis said that she was about to start working on a silent film with Karl Lagerfeld. “I think it is going to be very spontaneous even if I’m sure Karl has it all planned out,” she said, adding that she was still working on her own film, “Le Gars,” with hubby film director, Samuel Benchetrit as well as a film on the life of Serge Gainsbourg.

Meanwhile, Clémence Poésy said she has a slew of movies coming out 2010 including “Harry Potter and the Deathly Hallows.” Rolling in with collaborator Irina Lazareanu, who’s been performing with this week in Paris, Sean Lennon said he’s been busy working on his new music label, Chimera Music, which is named after the fire-breathing creature from Greek mythology. “I’ve just released my mom’s [Yoko Ono] album and I’m about to release a film score for the low-budget vampire movie  “Rosencrantz And Guildenstern Are Undead,’” said the singer, who sported an illustrated T-shirt and badges from the record label’s clothing line.