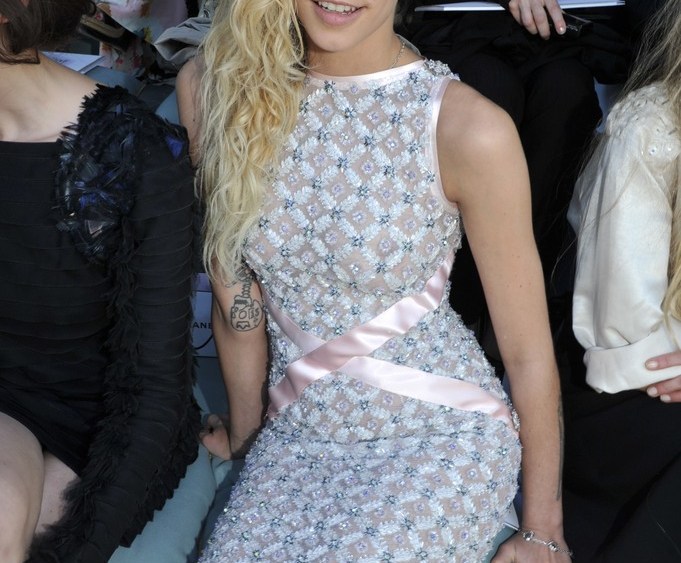 Send to a Friend

Your Email was sent succesfully.

Your Email was not sent.

Celebrity guests at the show lapped up the spectacle.

“It couldn’t be more special,” marveled Sam Taylor-Wood, who confessed that she had never been to Versailles before. The artist-cum-director, who attended the show with her partner Aaron Johnson, said she is working on a new film for 2013 but declined to give details.

“I have never really been to a fashion show before, so this is a huge initiation for me,” said Sophie Auster. The daughter of novelist Paul Auster said she would release an album in the fall, whose title — “Red Weather” — is borrowed from a Wallace Stevens poem.

Tilda Swinton was heading to the Cannes Film Festival for the opening-night screening of Wes Anderson’s “Moonrise Kingdom,” and said she would probably wear a dress designed by her front-row neighbor, Haider Ackermann. “We are family,” she said, beaming at him.

Alice Dellal, the ambassador of Chanel’s Boy handbag, perfectly embodied the season’s mix of tough and tender. Dressed in an intricately embroidered pale pink Chanel shift, she bopped along to Crookers’ “That Laughing Track” on the soundtrack. Dellal promised her band, Thrush Metal, would stir things up at the after party, describing their sound as “just sound — loud, fun.”