Cameron Diaz, Bar Refaeli, Olivia Palermo and Gaia Repossi were among the guests who attended the couture show. 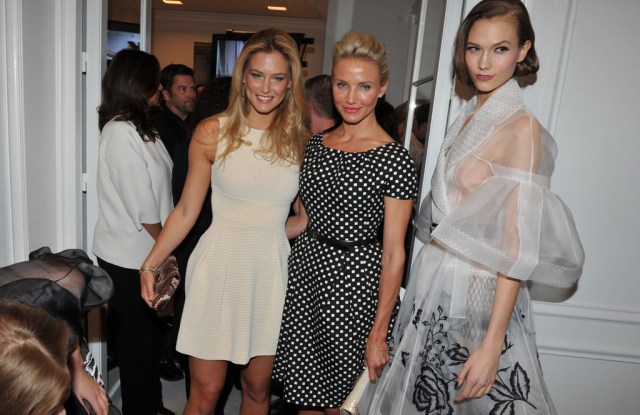 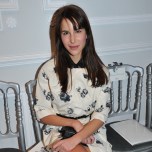 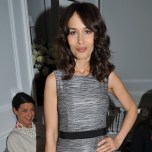 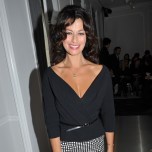 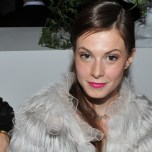 WORLD WIDE WEB: Cameron Diaz, Bar Refaeli, Olivia Palermo and Gaia Repossi were among the few who attended the Christian Dior couture show at the brand’s Avenue Montaigne headquarters in Paris on Monday. Diaz, who earlier took in the Atelier Versace presentation, had done a quick hair and outfit change between the two.

Russian model Natalia Vodianova was due to unveil her latest lingerie designs for Etam at a show later on Monday, set to feature live performances by Gloria Gaynor, Grace Jones and Chaka Khan, among others. Vodianova is also preparing a charity gala in Moscow on Feb. 11 for her Naked Heart Foundation. “We have a great auction with artists like the Chapman Brothers, who have been supporting us for years now,” she said, adding that Pavel Pepperstein and David Datuna donated works, too.

Joséphine de la Baume said Singtank, the group she forms with her brother Alexandre, would release its first album, “In Wonder,” in the spring. Later this year, she will star in vampire movie “Kiss of the Damned,” directed by Xan Cassavetes, and “The Confession of a Child of the Century,” which stars Charlotte Gainsbourg and Peter Doherty.

Dolores Chaplin recently shot a cameo in “Something in the Air,” a drama set in May 1968 directed by Olivier Assayas. “I play an actress at Pinewood Studios in London, in the days when they would make B-movies with mechanical monsters. I wore a costume like the one Raquel Welch had in ‘One Million Years B.C.’ — one of those little fur things,” she said. Later this year, Chaplin will star in her sister Carmen Chaplin’s first full-length feature, “Bombay Nights,” their second collaboration following the short film “Tryst in Paname.”

Italian actress Dorothea Mercouri is heading to Recife, Brazil, to take part in the Galo da Madrugada, the world’s biggest carnival parade. While there, she will give acting classes to disabled children from local shantytowns at a school set up by an Italian priest, as part of a documentary directed by Cristina Mantis. After that, Mercouri is off to New York to shoot “Stunning,” a feature by veteran punk filmmaker Amos Poe. “It’s a love story between a woman and a much older man — 25 years older — so it’s this impossible love,” she explained.