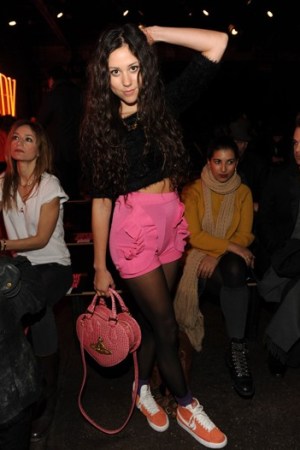 Under Armour to Reduce Size of Global Headquarters by 40 Percent

British pop singer Eliza Doolittle, dressed in hot pink shorts, was front and center at DKNY’s show Sunday afternoon. “I’m looking forward to seeing what’s coming next,” said Doolittle, who said she’s worn DKNY since she was a young girl. She’s also been singing since she was 12 and has just come out with an album under own name. So is that the name she was born with? “My name is Eliza, and it was a nickname and it stuck,” she said.

“It’s coming together. It’s the same management and a winning team,” said Weber, who said he’s particularly excited about the response he’s been getting to Donna Karan’s new casual collection. Meantime, Toni Belloni, group managing director at LVMH Moët Henessey Louis Vuitton, Karan’s parent, said, “Donna Karan’s been going from strength to strength. It’s been a great year on all fronts.” He noted the brand is going very well in Asia. The 25 stores in China, mostly DKNY ones in Shanghai and Beijing, are showing double-digit increases, said Bologna, who happened to be wearing a gray Polo sweater. “I’m very open,” he said with a laugh.