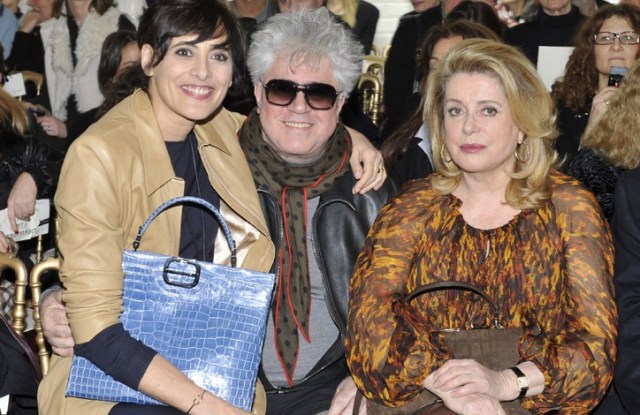 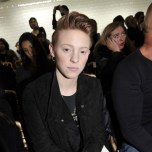 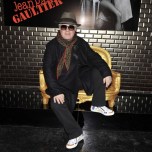 PLAY BEFORE WORK: Sometimes the lure of fashion is just too strong. Sporting a tamer coif than usual, La Roux front woman Eleanor Jackson confessed she’d sneaked out from recording the band’s next album in London to see Jean Paul Gaultier’s couture show Wednesday. The decision hadn’t gone down too well with bandmate Ben Langmaid. “I tried explaining to him that it’s this big fashion thing, but he just doesn’t get it,” she laughed, adding she hopes to perform a small gig in California in the coming months. “We’ve only just got off the road from touring for the past two years, so it’s good to have some time out,” she said.

Jackson was joined by the likes of Catherine Deneuve, Inès de la Fressange and Pedro Almodóvar, who has also been skiving off work. A front-row fixture at the shows this week, the director has been taking a break from doing post-production in Madrid on his new film, “The Skin That I Inhabit,” starring Antonio Banderas.