Jean Pigozzi, Marie-Ange Casta and Deborah François were among the guests. 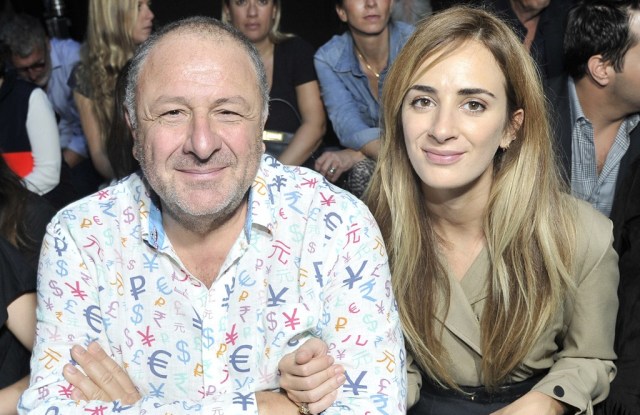 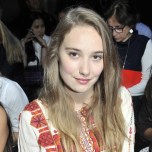 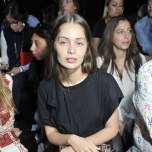 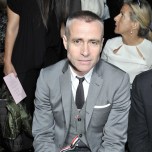 IN THE BAG: Jean Pigozzi has fashion on his mind. The multitasking entrepreneur, art collector and photographer revealed Wednesday morning at the Moncler Gamme Rouge show in Paris that he would be designing a selection of men’s bags for Mulberry for spring 2015. “Usually, men’s is very brown,” he said. “Mine is going to be much more colorful and fun.”

Also in the cards is a re-brand for Pigozzi’s Limoland sportswear brand, to be unveiled in the next few weeks. “I’m going to change completely what I’m doing with Limoland. I didn’t do it right, but this time it will be right,” he said of the line launched in 2007. Pigozzi added he would be working with a major Italian firm for the revamp.

Not far away, former Vichy face Marie-Ange Casta said she is shooting Jean-François and Genevieve Gagnon’s “The Lovaganza Convoy: Part 2 — The Prophecy,” for which she will travel to Los Angeles later this month. She admits finding the English-language role “difficult.”

“I don’t speak English very well, but I try,” she smiled.